It’s a Star-Spangled Weekend in the DMV

It’s going to be a star-spangled weekend in the DMV. Just up I-95, with the 200th anniversary of The Star Spangled Banner, the Inner Harbor and Fort McHenry will be buzzing with patriotic events. Closer to home, there are arts festivals, neighborhood festivals, film festivals, food festivals and more to fill your weekend.

Star-Spangled events will be going on all weekend at Inner Harbor and Fort McHenry to celebrate The Star-Spangled Banner‘s 200th anniversary. (Photo: Star Spangled 200)

O Say Can You See! Tall ships, naval vessels and the U.S. Navy Blue Angels will arrive in Baltimore’s Inner Harbor to help celebrate the 200th anniversary of The Star-Spangled Banner. During the Star-Spangled Spectacular festivities will include live musical performances, a family fun zone, Chesapeake food and beverages and more. Events crescendo on Saturday with a star-studded patriotic concert at Pier Six Pavilion and a fireworks display over Fort Harbor National Monument and Historic Shrine and the Baltimore harbor. On Sunday, a ceremony and garrison flag raising at Fort McHenry, featuring Gov. Martin O’Malley, will memorialize the exact moment Francis Scott Key saw the flag raised over the fort and was inspired to write the poem that became our national anthem. 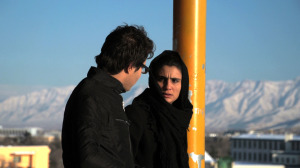 Wajma: An Afghan Love Story, which took the world cinema screenwriting award at Sundance in 2013 will be featured at the Washington D.C. South Asian Film Festival. (Photo: Ariroad)

The third annual Washington, D.C. South Asian Film Festival features the work of directors from India, Pakistan and Afghanistan. Since very few of these films will receive commercial releases, this is a good opportunity to see movies like Wajma: An Afghan Love Story, which took the world cinema screenwriting award at Sundance in 2013. The film is about a student who discovers she’s pregnant – and since the baby’s father is now waffling about marrying her, she has more to worry about than morning sickness. All films have English subtitles, and most screening will include shorts from local filmmakers.

Sept. 12-14 at AMC Loews Rio Cinemas, 9811 Washingtonian Blvd., Gaithersburg. Times vary. Individual tickets are $15 online or at the door. The opening red carpet gala will be begin at 6 p.m. on Friday at the Courtyard Marriott Washingtonian Center, Gaithersburg and costs $85 including reception, food, meet and greet, movie and Q&A. The closing night and awards ceremony will begin at 6 p.m. at the Courtyard Marriott. Cost is $55 and including movie, meet and greet, awards, stand-up comedian Dan Nainan, reception and food. 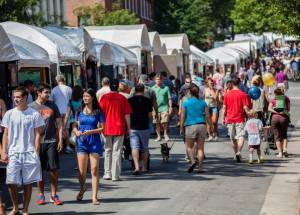 Festival booths will line King Street between Washington and Union streets during the 12th annual King Street Art Festival, featuring over six blocks of artwork by more than 200 artists from the U.S. and abroad. Art enthusiasts discover spectacular paintings, life-size sculptures, jewelry, photography, ceramics and more, offering extraordinary art for every taste. More than $15 million in art will be on display, providing visitors with the opportunity to purchase one-of-a-kind wares and meet the artists behind the work, hearing firsthand what inspires them. Plus, visitors can delight in interactive art activities and The Art League’s “Ice Cream Bowl Fundraiser.” 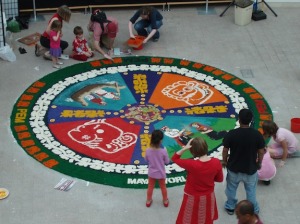 Families can help create saw-dust carpets, a 400-year-old tradition in Guatemala, where everyone lends a hand to create colorful works of art. (Photo courtesy of Yolanda Alcorta) 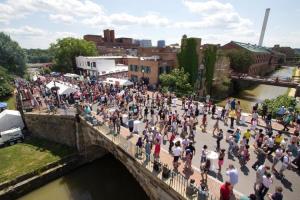 More than 35 of Georgetown’s restaurants will be serving their signature dishes at the 21st annual Taste of Georgetown. There will be a chef showdown, craft beer and wine pavilion, bocce ball, hula-hooping, face painting, balloon animal making and bluegrass and country music from Justin Trawick and the Common Good from 12:15-1 p.m., Letitia Van Sant & the Bonafides from 1:15-2 p.m. and Human Country Jukebox from 3-4:30 p.m.

Sept. 13 from noon-5 p.m. on K Street NW between Wisconsin Avenue and Thomas Jefferson Street NW at the Georgetown Waterfront. Tickets for food are $5 each or five for $20 in advance. Beer and wine tasting tickets are $4 for one or $10 for three. 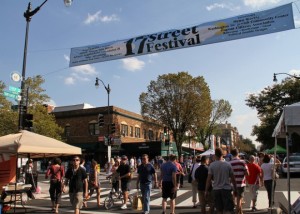 The fifth annual 17th Street Festival brings entertainers, vendors and community groups to 17th Street NW. Entertainment includes Ladies of Cobalt from 3-3:30 p.m., Drag City: DC from 4-4:30 p.m. and the Gay Men’s Chorus from 5-5:30 p.m. More than 50 local artists will display their work. There will also be a kids zone and pet zone. 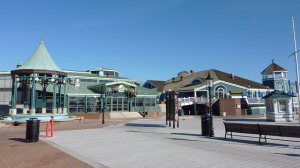 The Torpedo Factory Art Center will host several special programs as part of the 12th annual King Street Art Festival. Stop by throughout the day for family-friendly fun. The art studios will be open until 7 p.m. Events include local jazz band 2nd Independence on the Waterfront gazebo stage at noon along with hands-on arts activities. At 1 p.m., resident artist Tatyana Schremko will create an ice sculpture in the lobby. At 2 p.m., folk-rock band Hearts and Spades will perform at the gazebo followed by indie folk group Domestic Animals at 4 p.m. At 7 p.m., the Young Patrons Art Festival After Party begins with a DJ and projections on the Torpedo Factory until 11 p.m. 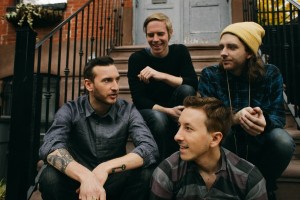 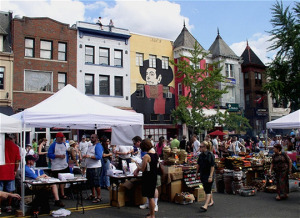 Celebrate one of D.C.’s drunkest neighborhoods in the light of day at the 36th annual Adams Morgan Day street festival featuring music on two stages including the Chuck Brown Band and Marcus Johnson, dance performances, local vendors, a kids fair at the Marie Reed playground featuring a moonbounce, face painting, a puppet show, games and more. Nonprofits and local businesses will be along 18th Street and artists mostly from the region will be clustered on Belmont Avenue. 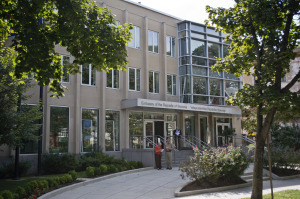 The Embassy of Slovenia is included in the Kalorama House and Embassy Tour on Sunday. (Photo: Wikimedia)

Spend Sunday waking around the Kalorama neighborhood during the 29th annual Kalorama House and Embassy Tour, a self-guided house and embassy tour that includes the bright and modern Embassy of Slovenia, the Embassy of Latvia, historically known as the Alice Pike Barney Studio House, the Cultural Center of the Korean Embassy, the Ambassadorial Residence of Egypt, the Embassy of Luxembourg, the Embassy of Croatia, the private residence at 2346 S St. and the President Woodrow Wilson House. The jazz band Chrystal Chandelier will be playing at the Woodrow Wilson House. Those wishing to visit the embassies with required pre-screening must register by noon Friday.