Redskins fans looking for men’s thongs, bedazzled caps or Tom’s decked out with Swarovski crystals will won’t be able to find them at Etsy, the online marketplace for vintage and homemade goods. In the past, you could find all kinds of kitsch bearing the logo or name including t-shirts, shoes, baby onesies, wedding cake toppers, wreaths, dog collars and more. 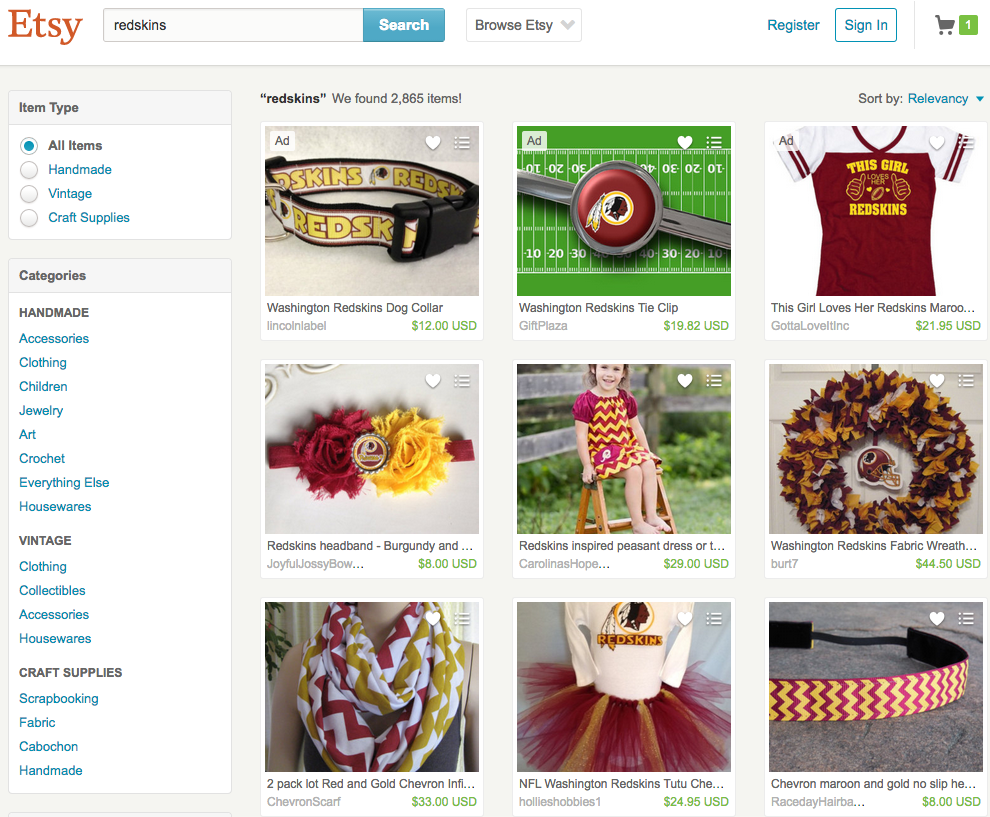 But now Etsy has banned the Washington Redskins nickname and logo from its website.

The U.S. Patent and Trademark Office recently decided to cancel the team’s trademarks, although team owner Dan Snyder is appealing the decision. 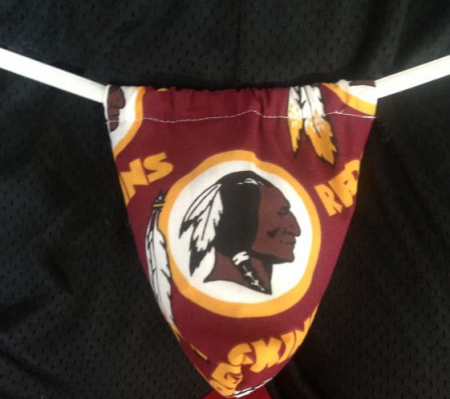 Male thongs with the Redskins logo will no longer be available on Etsy. (Photo: thegearhut/Etsy)

In a Sept. 9 blog post, Bonnie Broeren, Etsy’s policy manager, said the company understands both sides of the debate over the name and is trying to balance freedom of speech and expression from discrimination. “Like the Trademark Trial and Appeal Board, we at Etsy find the opinion of the minority group itself to carry most weight in determining whether the mascot is disparaging. In no uncertain terms, Native American groups have consistently advocated and litigated that the term “redskin(s)” is disparaging and damaging to Native Americans. Therefore, it will no longer be permitted in our marketplace.” 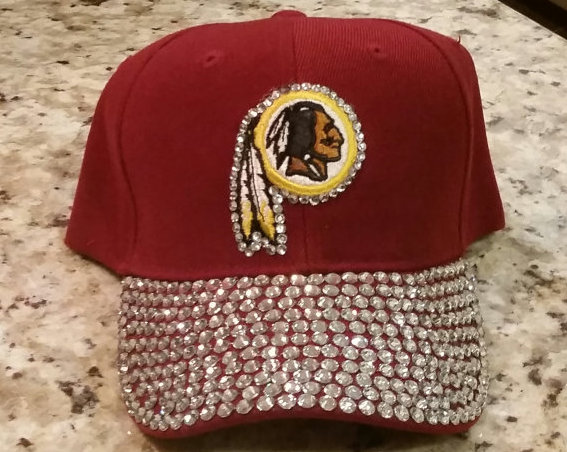 “We understand that fans wish to support their favorite football team, and we do not believe that fans who are attached to the mascot have any racist feeling or intent. We also understand that some fans view the name and mascot as an homage to Native Americans, and we do not doubt their noble intent, but the fact remains that Native Americans themselves find the term unacceptable.” 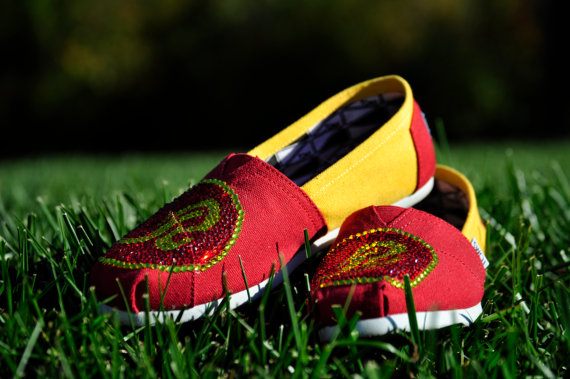 No more Toms with the Redskins logo and Swarovski crystals on Etsy. (Photo: CrabbyCrystals/Etsy)

Broeren says sellers are welcome to “continue selling items that contain the team colors and location, but items containing the name or the logo will no longer be allowed. This change takes effect today.”

Etsy is contacting members by email whose listings are affected by the updated policy.