Events on Tap for Everyone This Weekend

Saturday’s forecast may be hot and humid, but there’s plenty of events going on inside, especially if it rains. But if you like the heat, there’s several events going on outside too. From plays and the second biannual Chinese Film Festival to a cat show, museum sidewalk sale and a food truck cookoff to an oyster fest and a brewery’s birthday bash, there’s something for everyone this first weekend of September.

Tony Award-nominated Broadway actress Jayne Houdyshell plays an unapologetic pilferer in the world premiere of Morris Panych’s The Shoplifters, at Arena Stage. Houdyshell plays Alma, a woman who prefers the five-finger discount over the senior one. Eventually, she’s caught by a rooking security guard who thinks he’s Eliot Ness and an older one who just wants to go home. 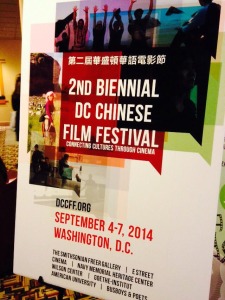 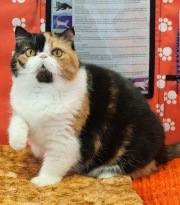 Cat lovers will be purring over the chance to see up to 450 cats compete in championship, premiership, kittens and household pet classes at the National Capital Cat Show. This year’s show will feature the Havana Brown and the Korat. Watch cats run the agility course, jumping over hurdles, through tunnels and around the ring in timed trials. There will also be vendors selling all kinds of cat supplies and cat rescue leagues so you can adopt a cat. 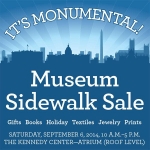 The DMV Food Truck Association hosts the Curbside Cookoff, a food truck festival featuring 20 food trucks, awards, culinary battles and lots of food. Participating food trucks include lunchtime staples Arepa Zone, Feelin’ Crabby, Fire & Rice, Phowheels and That Cheesecake Truck. Purchase tickets in advance and you’re automatically entered to win a spot on the judges’ panel for the chef battles. Prizes will be awarded for eight categories including Food Truck of the Year, Chef of the Year and Breakthrough Dish. 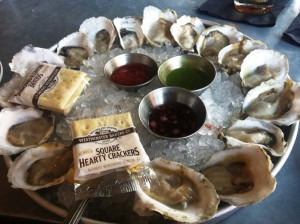 For the first D.C. Oyster Fest, Rappahannock Oyster Bar serves up a bevy of oysters along with a selection of other local foods, craft beers and wines. Admission grants you six oysters and a glass of booze. You can also test your stamina and your stomach during an oyster-eating contest. There will also be a shucking contest. It will feature some of the best food, beer and wine producers in the DMV, including D.C. Brau, 3 Stars Brewing Company, Red Apron, Gordy’s Pickles, Early Mountain Vineyard, DCity Smokehouse, James River Distillery, Catoctin Creek Distillery, Timber Pizza, Flying Dog Brewery and more. In between sampling all of the food and drink options, listen to live bluegrass music, take the kids to the oyster arts and craft tent and make some oyster trinkets.

Harry Potter and the Art of Spying 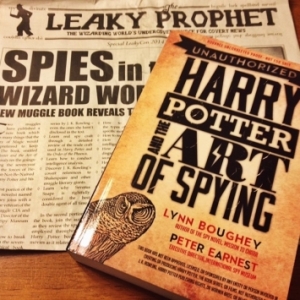 Is Severus Snape the best double agent ever? Join International Spy Museum executive director Peter Earnest and spy novelist Lynn Boughey as they reveal the spycraft contained in the Harry Potter series. Be part of the kick-off celebration of their new book, Harry Potter and the Art of Spying. Using his experience as a real spy, former CIA clandestine operations officer Earnest and co-author Boughey discuss Harry Potter and the Order of the Phoenix, disclosing all the wizardly spy craft employed by our Potter friends and their enemies as they form a subversive organization and learn spycraft and magic by themselves. Then delve into specific spy topics — using the Potter series as examples — such as types of spies and recruiting, codebreaking, the art of intelligence gathering, practicing deception and intelligence analysis. Come as your favorite Potter character and you could win a prize. There will also be giveaways and demos. 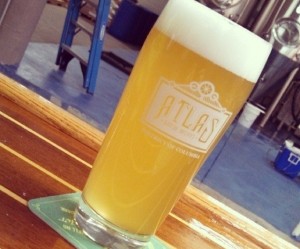 Atlas Brew Works is celebrating its one-year anniversary. For one day only, it will open the brewery doors, take over the street and throw one heck of a party. Atlas will be pouring their finest brews, D.C.’s best food trucks will be serving up their specialties and three area bands will take the stage. Food trucks include D.C. Sliders, Cap Mac, Woodland’s Vegan Bistro and Goodie’s Frozen Custard. Additional beer will be available for purchase from the bar inside the brewery. Bumper Jacksons, Unstable Heights and Sunwolf will provide live music.

Sept. 6 from 1-5 p.m. at Atlas Brew Work’s brewery, 2052 West Virginia Ave. NE. Tickets cost $10. You must be 21 or older to attend. Tickets include admission, one beer and a donation to the Washington Humane Society.

The Rosslyn Jazz Fest is back with jazz, food and fashion trucks, beer and wine. (Graphic: Rosslyn Business Improvement District)