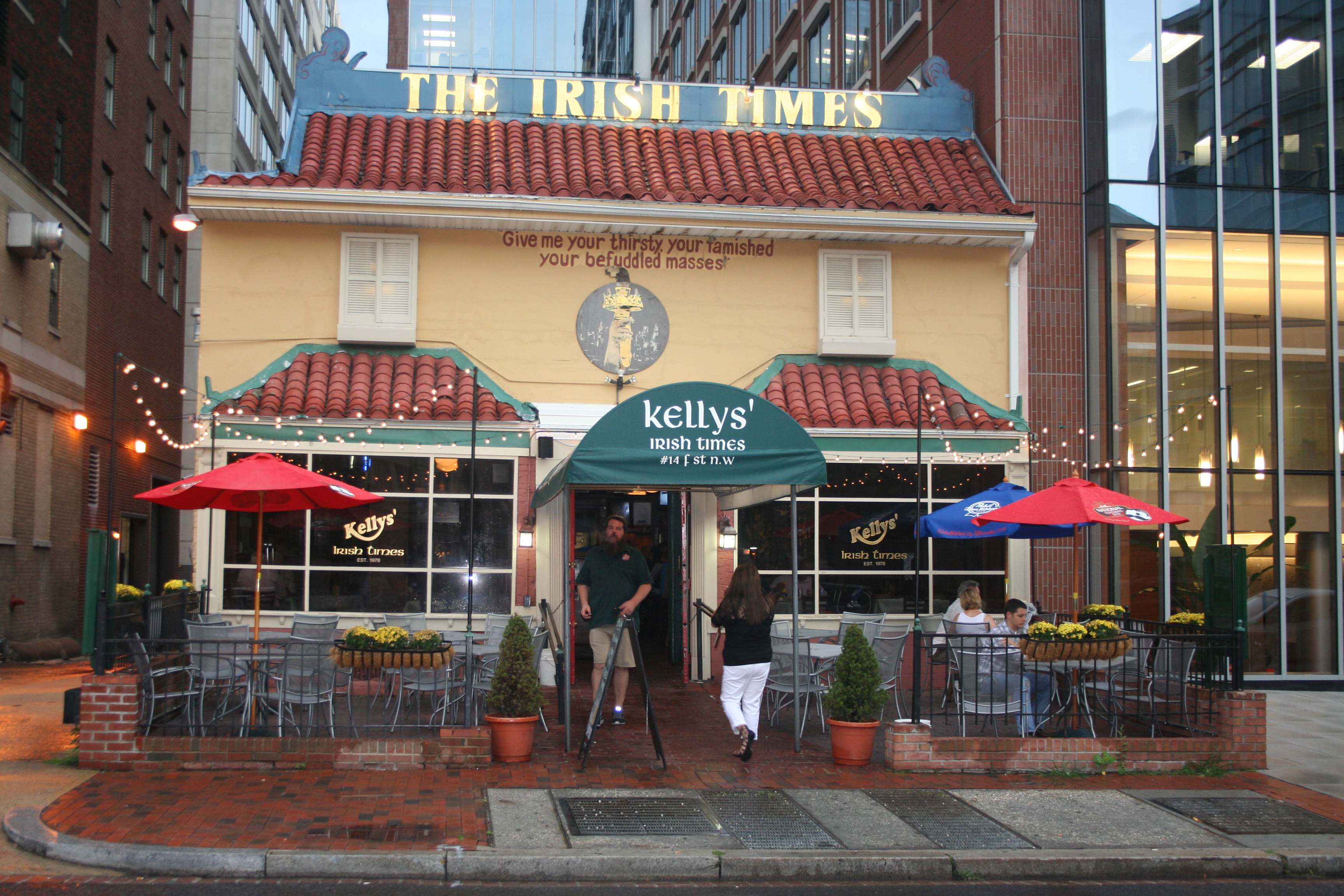 The single story building, nestled on the unit block of F Street near Union Station, is surrounded by government buildings and high rises with a green awning that stretches to the sidewalk. The classic dive has been a longtime favorite for Georgetown Law Students It’s also a popular spot for visiting police and fire departments: all around the bar there are patches from what seems like every major metropolitan police and fire department. Its also where Rep. Dana Rohrabacher (R-Calif.) claims to have lost a drunken arm-wrestling match to Russian President Vladimir Putin, then deputy mayor of St. Petersburg, in the early 1990s.

Inside, there’s a long wooden bar serving cold pints of beer and whiskey like you’d expect at any Irish pub worth its salt. But, what you wouldn’t expect, is that bar also serves up mixed drinks made with house-made gin and vodka infusions. The current infusion list includes an orange-cherry vodka and a cucumber-lemon gin.

General manager Sean Ryan says the pub also serves up four or five specialty drinks each season. The current batch includes warm weather-friendly cocktails that feature light, fresh flavors like orange, lemon and cherry that can be sipped outside on Kelly’s patio or inside the pub. 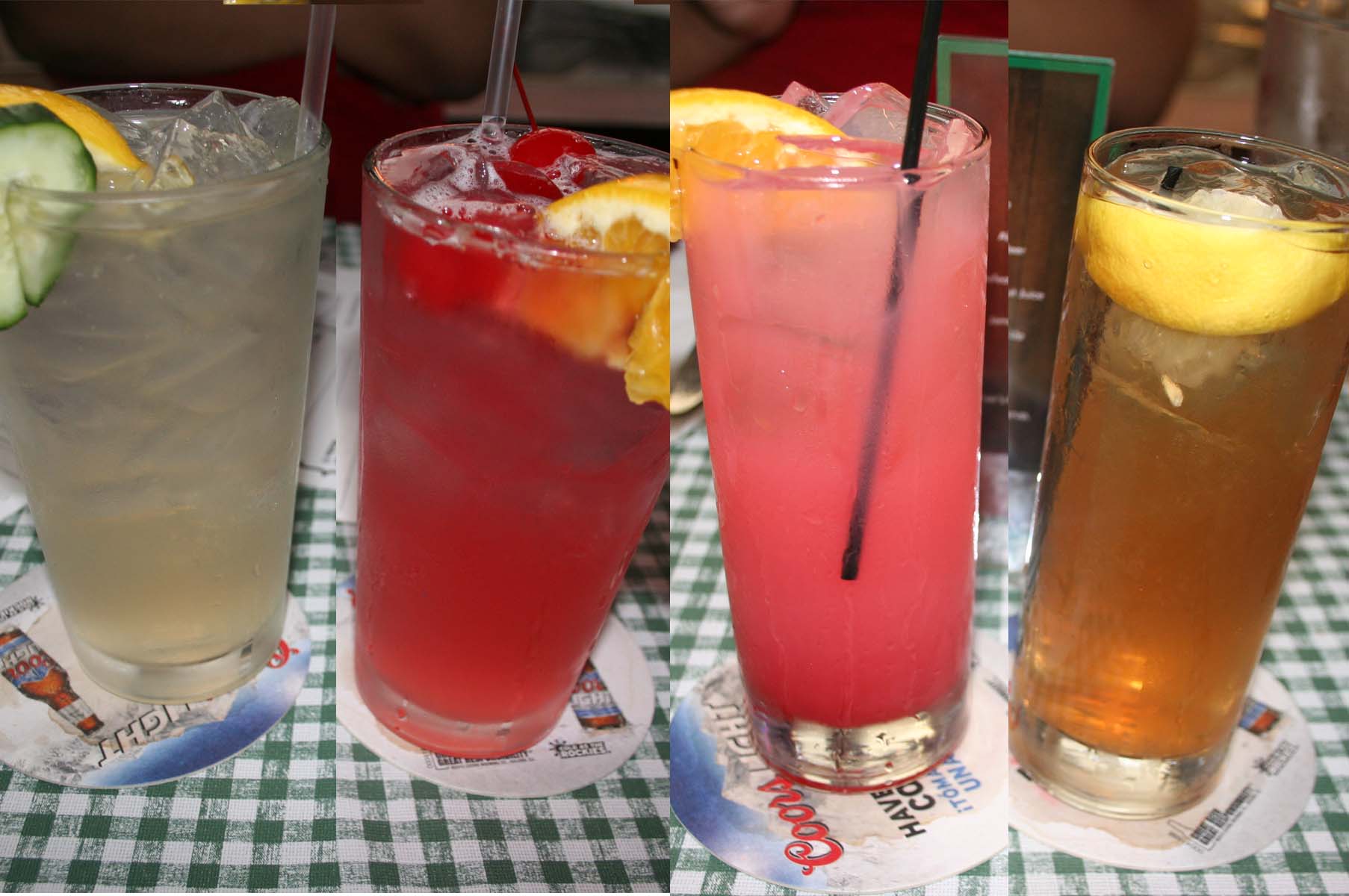 Drinks include those made with house-made cucumber-lemon infused gin (l to r), cherry-orange infused vodka, the Old Fashioned and the John Daly. (Photos: Mark Heckathorn/DC on Heels)

The current menu includes the Orange Blossom made with Beefeater London dry gin, grenadine and grapefruit juice; the Limerick Lemonade made with Jameson Irish whiskey, sour mix, triple sec and 7-Up; the D.C. Mule made with Absolut vodka, Rose’s lime juice and ginger beer; the John Daly with Absolut Wile Tea, lemonade and iced tea; the Celtic Storm with Jameson Black Barrel and ginger beer; an Old Fashioned made with Wiser’s rye whiskey, Regan’s orange bitters, simple syrup, muddled orange and cherry; and the Pickle Barrel with pickle juice and Jameson. Don’t worry, they don’t skimp on the liquor. All the drinks we sampled were strong.

Of course, Kelly’s also serves up a full Irish menu featuring such staples as grilled ruben, corned beef and pastrami sandwiches along with burgers, sliders, hot pretzels, mini corn dogs, cheesy bacon tater tots and nachos. There’s also a section of Irish classics such as Guinness Irish stew with beef, vegetables and homemade mashed potatoes in a brown Guinness sauce; fish and chips; bangers and mash; and McMac and cheese made with smoked gouda and Irish cheddar, pasta shells and chunks of corned beef. 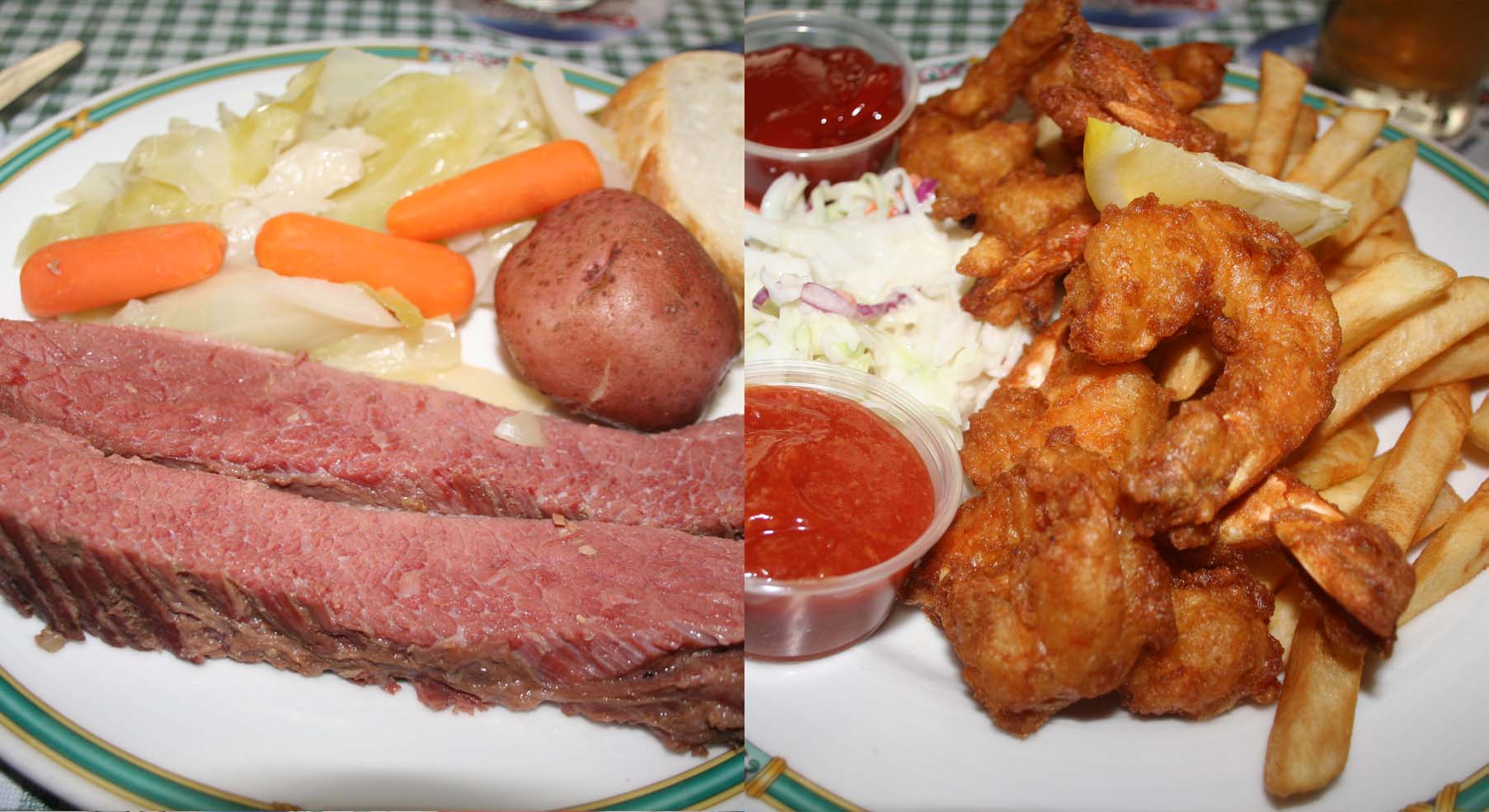 On our recent visit, I went with the traditional corned beef and cabbage: two thick slices of corned beef served with Irish style braised cabbage, roasted red potatoes and carrots. The corned beef was excellent and not too briny. Ryan said the corned beef is smoked and brined in house. Even my guest who doesn’t normally like corned beef liked Kelly’s.

My friend chose the beer battered jumbo shrimp that was hand dipped in Kelly’s house batter and served with fries and cole slaw. The shrimp were big, the batter tasty. And the prices are reasonable: entrees range from $6.50 to $13.50, sandwiches and a side from $7 to $10, burgers and a side from $9 to $11 and entrees from $12 to $14.