Celebrate the Unofficial End of Summer

Well the unofficial end of summer has arrived – kids are back in school or will in the next few days, it is time for the last trip to the beach, pools will be closing and leaves will soon be falling. Make the last of your last three-day weekend of summer and have some fun this Labor Day weekend before it is time to hit the books.

It may be Labor Day, but Metro’s construction isn’t taking a break. There’s plenty of work planned this weekend including two station closures, so if you’ll be traveling by subway, leave some extra time to arrive at your destination. On the Red Line, the Bethesda and Medical Center stations will be closed from 12:01 a.m. Saturday through closing Monday. Trains will run every 10 minutes between Shady Grove and Grosvenor and between Friendship Heights and Glenmont. The last Red Line train will leave Shady Grove to Grosvenor 35 minutes earlier than normal – 1:55 a.m. on Friday and Saturday night and 10:55 p.m. on Sunday and Monday nights. Shuttle buses will replace trains between Friendship Heights and Grosvenor. Express buses between Friendship Heights and Grosvenor will add 25 minutes of travel time and local buses with stops at Medical Center and Bethesda will add 10 minutes per station. 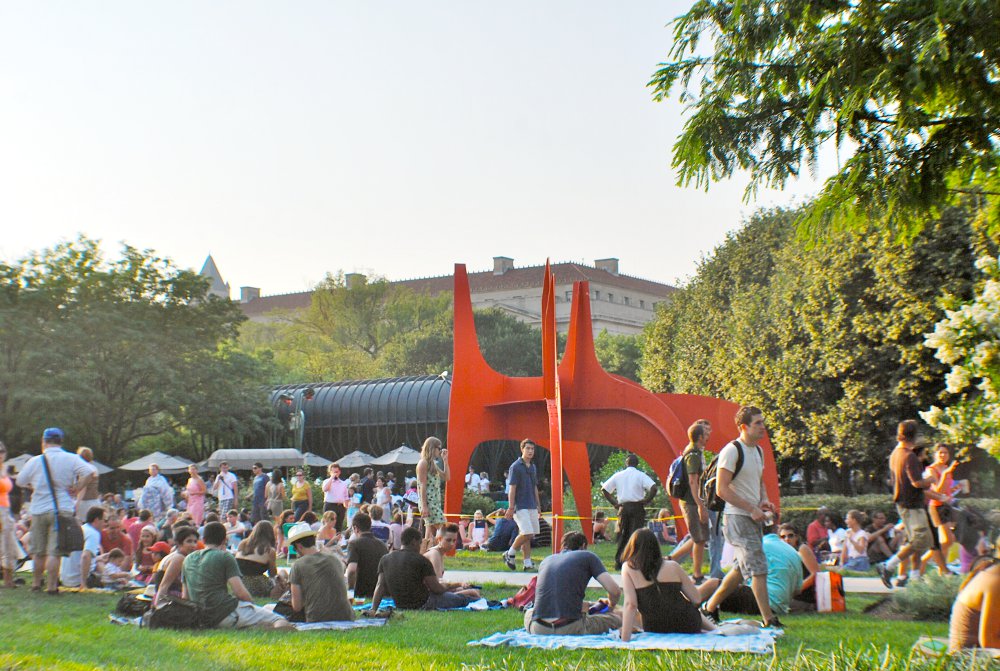 Dixie Power Trio closes out the 14th season of Jazz in the Garden at the National Galley of Art’s Sculpture Garden. (Photo: freeindc.com)

Zydeco, Cajun and Louisiana funk band Dixie Power Trio wraps up the 14th season of the National Gallery of Art’s Jazz in the Garden program. Bring a blanket and picnic dinner or purchase food and beverages from the Pavilion Café and its carts located around the Garden. Alcoholic beverages can be purchased on-site, but cannot be brought from outside.

Aug. 29 from 5-8:30 p.m. at the National Gallery of Arts’ Sculpture Garden, 7th Street and Constitution Ave. NW. Admission is FREE! 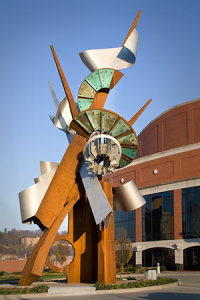 As you’ve probably heard, admission to the Corcoran Gallery of Art is free until Oct. 1, when the National Gallery of Art – which took over the gallery last week – begins renovations. Among the current exhibits are American Metal: The Art of Albert Paley, an exhibition covering Paley’s 50 year career from his time as a jeweler to his recent large-scale sculpture projects, and American Journeys – Visions of Place, an exhibition of the museum’s pre-1945 American painting and sculpture collection organized around the theme of the changing notion of place in the history of American art. 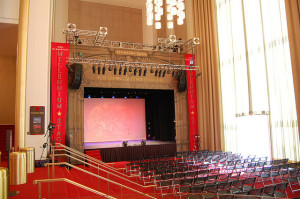 The Millennium Stage at the Kennedy Center. (Photo: mojamusic/Flickr)

Performers you normally see during your evening commute on the subway take to the Kennedy Center’s Millennium Stage in this MetroPerforms! concert featuring the city’s best street performers, as selected by the Washington Metropolitan Area Transit Authority. 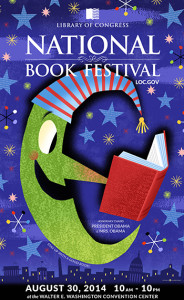 The Library of Congress National Book Festival is back Saturday at a new, indoor location – the Walter E. Washington Convention Center. The National Park Service decided that the festival, which last year drew more than 200,000 people, threatened the Mall’s newly installed watering system. Organizers determined that the increased cost of staying on the Mall was prohibitive. But we can’t think of any negatives: its right at the Mount Vernon Square Metro, the building is air conditioned, rain is no problem and there’s indoor plumbing – no more waiting in line for hours at the porta-potties. New this year is a culinary arts pavilion where cookbook and food writers will perform live demonstrations of their favorite recipes and a science pavilion that features writers who can explain the mysteries of the universe. 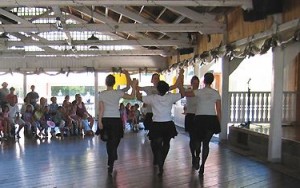 Aug. 30-Sept. 1 at Glen Echo Park, 2014 MacArthur Boulevard, Glen Echo, Md. The art show is in the Spanish Ballroom from noon-6 p.m. and the Irish Festivities are at the Bumper Car Pavilion from 1-5 p.m. Admission is FREE! 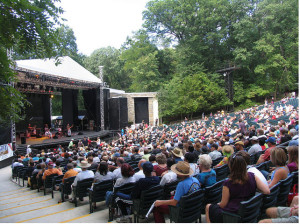 Internationally touring blues singer Shakura S’Aida headlines the 26th annual D.C. Blues Festival. The free concert also features sets from Selwyn Birchwood Band, Eddie Turner Band, Shirleta Settles, Hardway Connection and D.C. Blues Society Battle of the Bands winner Stacy Brooks Band. If you want to bring the kids, there will be a musical instrument “petting zoo,” where children can play with some of the instruments they’ll see onstage. This is one day you’ll actually want to have the blues. 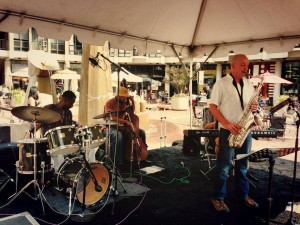 The 8th annual Lake Anne Jazz & Blues Festival is a family-friendly event that showcases a variety of regional and national jazz and blues artists. Headlining this year is the New Orleans sounds by the Adrian Duke Project. Duke’s piano is overshadowed only by the raw emotional power of his voice. Other performers include Reston hometown favorite Sam Gunderson, the Nia Olibesi Trio, the John Lee Quartet, the Mykle Lyons Quintet and the Chip Bubeck Trio. There will be cornhole for the kids and beer and wine for adults, featuring Champion Missile IPA from Charlottesville and Bells Oberon Ale from Michigan. 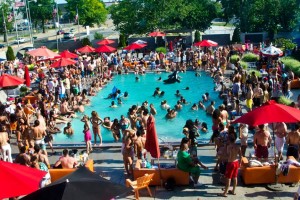 Feel like cooling off? Brody Jenner – who recently spent his 31st birthday DJing at the Dave & Buster’s in Hollywood – is the special guest host at the final Adult Swim Pool Party of the summer at the Capitol Skyline Hotel along with DJ William Lifestyle. 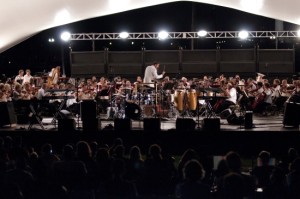 The National Symphony Orchestra performs a Labor Day Concert on the West Lawn of the U.S. Capitol each year, the Sunday before Labor Day. The annual concert includes patriotic classics and music that highlights the American landscape. This year’s program includes patriotic favorites, including Aaron Copland’s Fanfare for the Common Man, America the Beautiful and Randol Alan Bass’s A New Birth of Freedom. Nicole Parker and Christopher Johnstone will sing Broadway favorites, including songs from Man of La Mancha, The King and I, South Pacific, Wicked and Les Misérables. 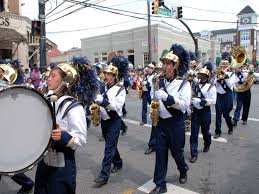 Gaithersburg, Greenbelt and Kensington in Maryland and Herndon, Va., all have Labor Day festivities planned. The 76th Gaithersburg Labor Day Parade will include ethnic dance groups, antique cars and fire trucks, clowns, high school marching bands and an assortment of community groups, equestrian units and more. It steps off at 1 p.m. from Girard Street and East Diamond Avenue, proceeds west on East Diamond to Russell Avenue then north on Russell to finish at Odendhal Avenue. The 60th Greenbelt Labor Day Festival runs Friday-Monday at the Greenbelt Community Center, 101 Centerway. There will be carnival rides, games, a petting zoo, art exhibits, athletic tournaments, the Miss Greenbelt pageant and live entertainment. Carnival hours are 6-11 p.m. Friday, 11 a.m.-11 p.m. Saturday, noon-11 p.m. Sunday and noon-7 p.m. Monday. Kensington will hold its 47th annual Labor Day Parade and Festival beginning at 10 a.m. The parade steps off at St. Paul Street and Plyers Mill Road and heads west towards Connecticut, south along Connecticut, east along Baltimore, northeast along Carroll Place, south along Montgomery, east onto Kent, north along Kensington Parkway and ends at the intersection of Howard and Fawcett. The festival will be held along Armory and Howard Avenues. Herndon’s Labor Day Festival includes music, a craft show, food, 12 wineries, and micro-brews and culinary demonstrations from noon-6 p.m. at Herndon Town Green, 77 Lynn St.

Labor Day Weekend in Gaithersburg, Greenbelt, Kensington and Herndon at various times. Admission to the Maryland events are FREE. Admission at the gate in Herndon is $20 cash only for wine and microbrew tastings and enterainment, $10 for entertainment only and children 12 and under are FREE. Extra beer tastings are $2. 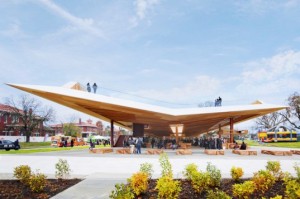