America Eats Tavern, 1700 Tysons Blvd., McLean highlights the long-lost recipes and nostalgic favorites that have made up national flavor profiles. Under executive chef Nate Waugaman, the restaurant is using local, seasonal ingredients on the menu. Waugaman told DC on Heels about the restaurant’s history, talked about the menu and his quest to use locally sourced ingredients as much as possible.

RdV’s Rendezvous Bordeaux blend is one of the two local wines available by the glass —- the other is Trump Vineyards 2013 Rose blend. The Rendezvous red is priced at $18 per glass or $121 per liter carafe. RdV is bottling the 2011 vintage, which isn’t yet available anywhere else, in 18-liter Melchior bottles exclusively for the restaurant and poured from specially made dispensers into the glasses or carafes. Each bottle hold two cases worth of wine. The bottles and dispensers are on display behind the bar. 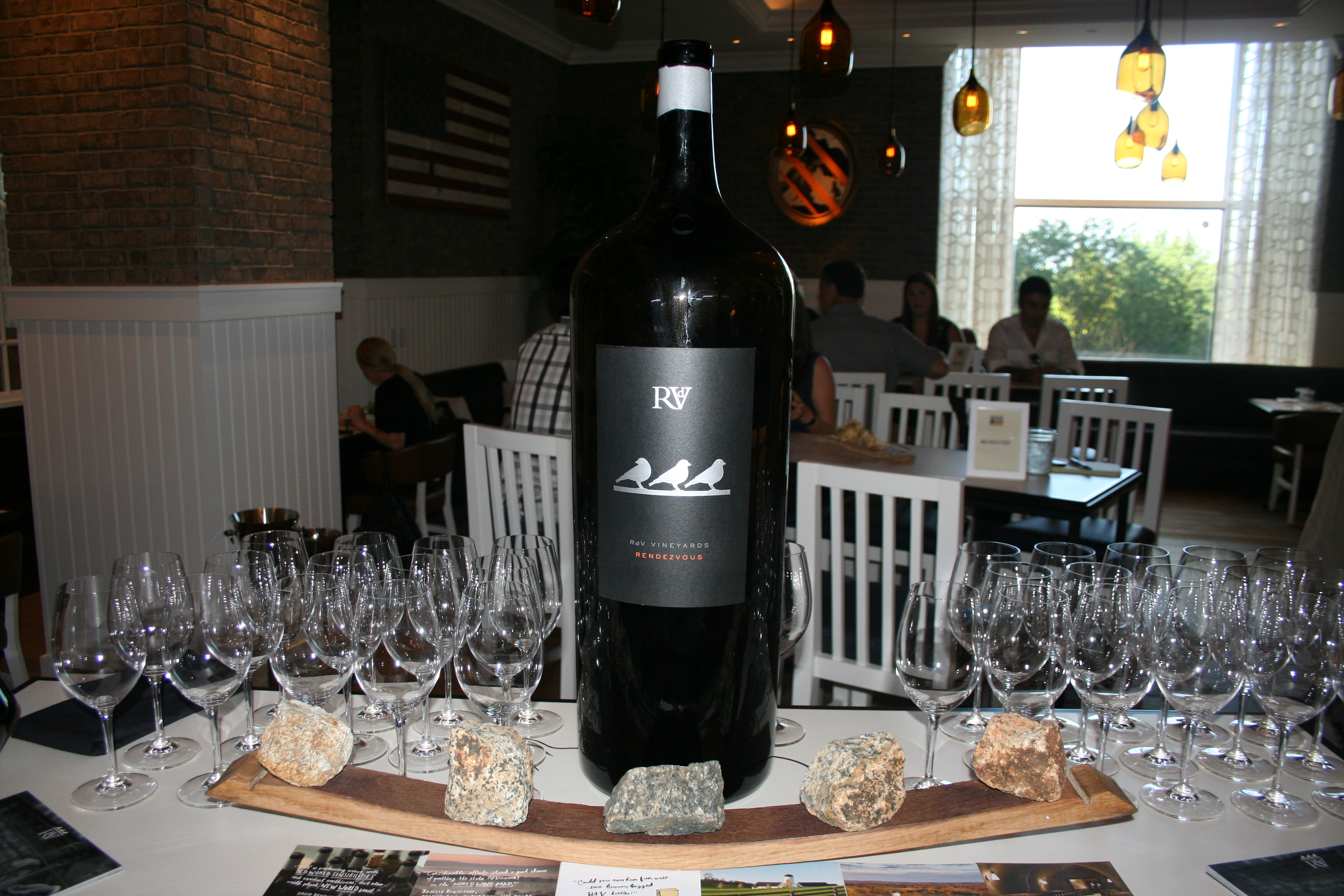 Slipp said RdV produces only two wines, the other being the 2010 Lost Mountain Bordeaux blend that is sold only at America Eats by the bottle for $190. The winery, located in Delaplane, Va. off I-66 northwest of Gainesville, Va. is planted with 40 percent Cabernet Sauvignon grapes, 40 percent Merlot grapes, 12 percent Petit Verdot grapes and 8 percent Cabernet Franc grapes.

The Rendezvous is a little more softer, a little prettier and a little more approachable and takes less time to age, Slipp told DC on Heels. It isn’t scheduled for release until the last week of October, but Andres bought a whole barrel, and it was bottled in the Melchior bottles especially for America Eats. Slipp talked to us about the wine

The Lost Mountain is a bigger, more powerful and muscular Cabernet driven wine with broader shoulders and more oak hints than the Rendezvous, which is more feminine and subtle with floral hints of violets, black cherry, black plums, courants and cassias.

Videos by Chris Smith/DC on Heels