When the Game Stands Tall Fumbles

Inspired by a true story, When the Game Stands Tall tells the journey of legendary football coach Bob Ladouceur, who took the De La Salle High School Spartans from Concord, Calif. from obscurity to a 151-game winning streak that shattered all records for any American sport. 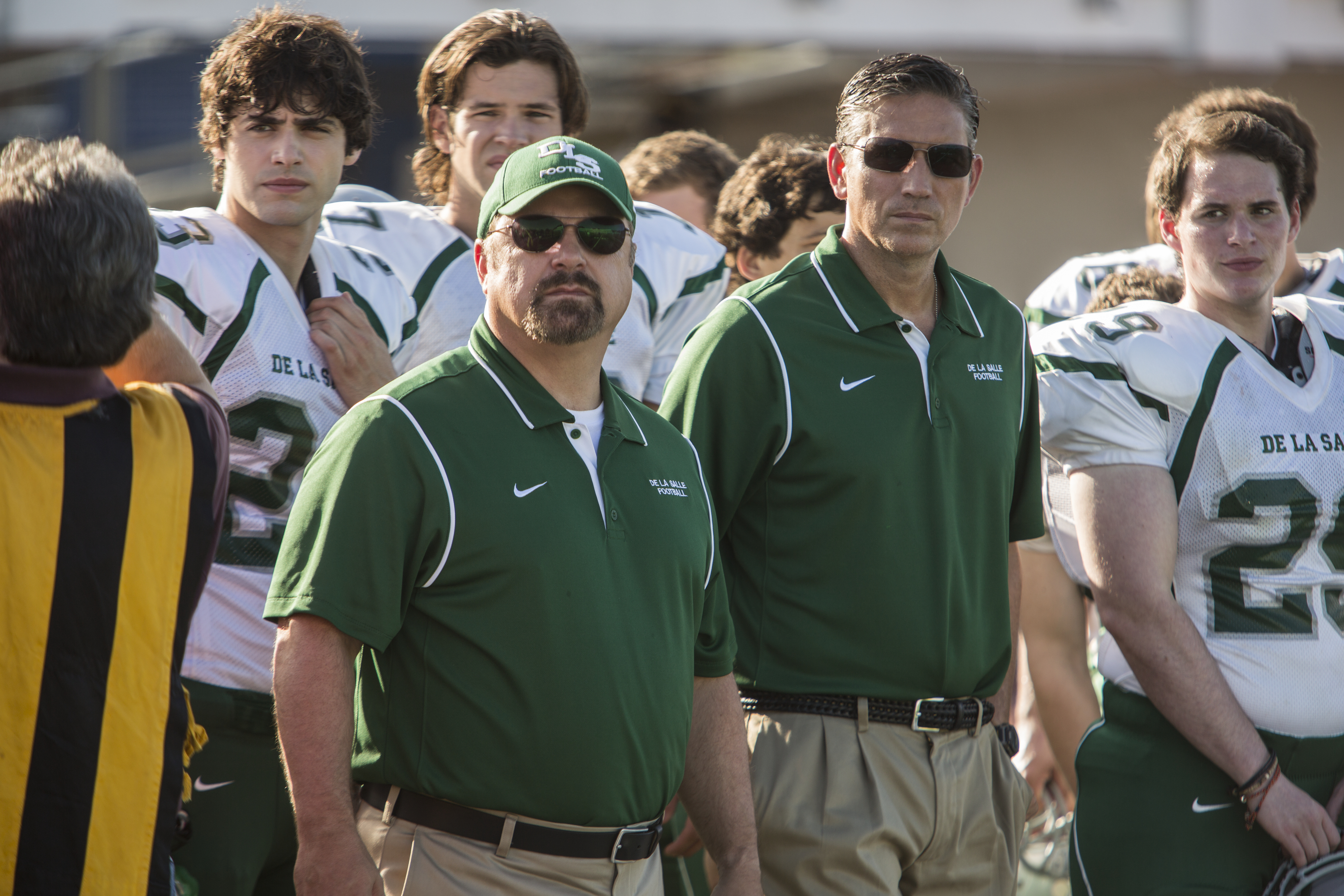 When the Game Stands Tall recounts the true story of the private, Catholic De La Salle High School football team that had broken records by winning 151 consecutive games from 1992-2004 based on the book by Neil Hayes. But the story begins when some setbacks threaten their 2004-2005 season.

First, coach Bob Ladouceur (Jim Caviezel) suffers a heart attack. Then former star linebacker Terrance T.K. Kelly (Stephan James) is murdered in a shooting before leaving for college. Reeling from the setbacks, some of the team’s cocky new stars forget there is no “i” in “team” and the team loses its first two games of the new season before their spirit of brotherhood gets them back on track.

The big problem with the film is that it’s short of drama off the football field. Ladouceur makes a thorough recovery that allows him to quickly resume his coaching duties. Star running back Chris Ryan (Alexander Ludwig) is on a quest to break the California record for career touchdowns. He’s not that into it, but his overbearing father, Mickey (Clancy Brown), is obsessed, living out his own thwarted dreams through his son. Mickey’s passion is obscenely misguided, but at least it’s there. Ladouceur’s wife Bev (Laura Dern) pushes him to take a college coaching job, but otherwise remains in the bleachers.

The script by Scott Marshall Smith is formulaic. As directed by Thomas Carter, the theme is about humility and approached mostly in religious terms, complete with chapter-and-verse quotations. For the most part, you find it hard to sympathize with the cast – mostly rich, white boys whose biggest worry is breaking a state record or what college they get into. The movie is largely underplayed and hoorah-free. Caviezel underplays Ladouceur to the point that you wonder how the players could even hear him, much less be inspired by him. The team members are fairly indistinguishable. Michael Chiklis does a solid job as Terry Eidson, Ladouceur’s assistant coach, but is mainly relegated to the sidelines. When the Game Stands Tall from Sony Pictures’ in-house, faith-based label Affirm Films is preachy and slow from the classroom to the locker room and even to the funeral of the slain former star. Ladouceur teaches religion classes and tries to use lessons from the gospels to inspire his students and players. Rated PG. Opens Aug. 22, 2014.