In Let’s Be Cops, two struggling pals dress as police officers for a costume party and become neighborhood sensations. But when these newly-minted “heroes” get tangled in a real life web of mobsters and dirty detectives, they must put their fake badges on the line. 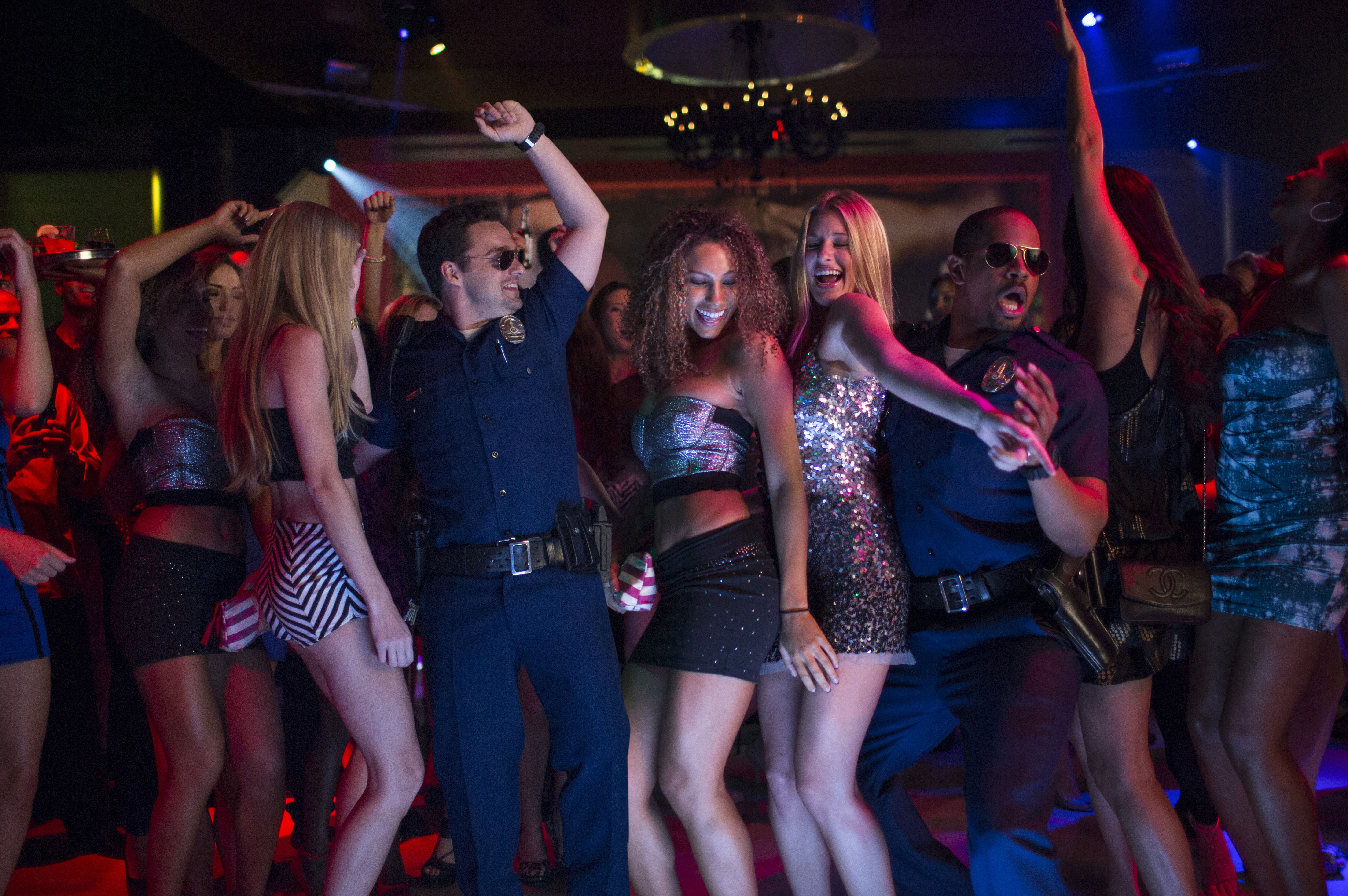 New Girl costars Jake Johnson and Damon Wayans Jr. play a couple of 30-year-old losers in Let’s Be Cops who discover strangers respond to their LA cop masquerade costumes, so they decide to play cops for fun.

Unemployed actor and ex-jock Ryan (Johnson) and would-be video game designer (Wayans) have made it to 30 without finding success in Los Angeles. Just when they’re about to go home to Ohio, the duo don police uniforms — borrowed from Justin’s failed attempt at pitching a cop-themed video game — to attend a masquerade party that Ryan mistakenly assumes is a costume party. After being humiliated in front of their college classmates, they mope home along Sunset Strip until they realize the respect they get from everyone around: Strangers move out of the way, party girls treat them as hot guys in uniform and “Freeze!” becomes a magical time-stopper. They enjoy the unearned respect they get from their fake badges and guns.

Ryan gets so into his new fake identity that he trades his battered ’80s Camaro for a police cruiser he buys on eBay (although how he pays for it without a job is never explained), adding decals and lights, boning up on police procedure and terminology on YouTube and listening for real police calls on a scanner. Although Justin is initially hesitant, he joins in after finally getting somewhere with Josie (Nina Dobrev), the beautiful coffee shop waitress for whom he’s been pining.

Things get more and more out of hand, from domestic disturbances that turn out to be a spirited sorority girl brawl to a department store break-in. The guys eventually run afoul of a gang of Russian mobsters (who had earlier banged up Ryan’s car) headed by the psychopathically violent Mossi (James D’Arcy) who’s in league with a corrupt police detective (Andy Garcia) and selling confiscated guns and other weapons. With the aid of a real cop (Rob Riggle) who at first mistakes them for the real thing, they get caught up in a dangerous investigation in which they’re way over their heads.

The screenplay, co-written by Nicholas Thomas and director Luke Greenfield, fails to mine the potentially humorous premise for the necessary laughs, with nearly all of the gags falling flat. Instead, we get gross-out gags and toilet humor. The alleged comedy takes a long time before it gets its first laugh in. As if realizing that the humor wasn’t going anywhere, the film suddenly lurches into action movie territory, complete with the sort of violence and brutality that is at odds with the farcical setup. There’s a lot of shtick, but not much more. Rated R. Opens Aug. 13, 2014.