Teenage Mutant Ninja Turtles broke out in a big way last weekend (Aug. 8-10) with a stronger than expected first place take of $65.58 million. It had been widely expected that Paramount Pictures’ high-profile franchise re-launch would find itself in a close battle with Guardians of the Galaxy for first place last weekend, but it ultimately won with ease. Following in the footsteps of Guardians of the Galaxy the previous weekend, Teenage Mutant Ninja Turtles marked another high-profile surprise break-out performance. The strong performances of the two films were much needed after the relatively weak month of July at the box office. 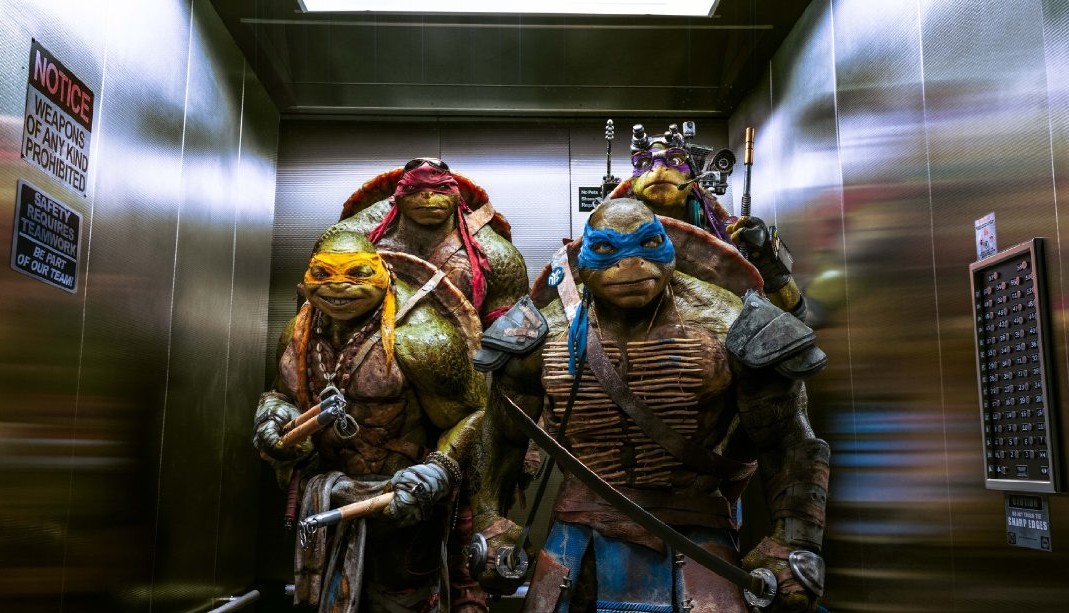 Teenage Mutant Ninja Turtles opened 170 percent stronger than the $24.26 million debut of 2007’s TMNT and has already out-grossed the $54.15 million final domestic gross of that film. Without adjusting for ticket price inflation, Teenage Mutant Ninja Turtles delivered the fourth largest opening weekend performance ever in the month of August behind only Guardians of the Galaxy, 2007’s The Bourne Ultimatum and 2001’s Rush Hour 2.

Marvel’s Guardians of the Galaxy placed in a strong second with $42.12 million. The blockbuster sci-fi superhero adaptation was down 55 percent from the previous weekend’s break-out debut. That represented a very solid second weekend hold for a film of this size, especially given the stronger than expected launch of Teenage Mutant Ninja Turtles. Guardians of the Galaxy has grossed $176.52 million through 10 days of release. That places the film 11 percent ahead of the $158.88 million 10-day take of Captain America: The Winter Soldier earlier this year. With its current percentage lead over Captain America: The Winter Soldier and the aid of strong word of mouth, Guardians of the Galaxy has a chance of eventually out-grossing The Winter Soldier to become the highest grossing release of 2014 thus far domestically.

Warner Bros. Studios’ Into the Storm opened in third with $17.35 million. The modestly budgeted disaster film debuted in line with its modest pre-release expectations and performed respectably given the combined performances of Teenage Mutant Ninja Turtles and Guardians of the Galaxy.

The Hundred-Foot Journey also opened in line with its modest expectations last weekend with a fourth place debut of $10.98 million. The modestly budgeted drama from Disney Studios and DreamWorks served as counter-programing to all of the fan-driven event films currently in the marketplace. The Hundred-Foot Journey will hope to hold up well throughout the month of August, in part from continuing the serve as counter-programming to the month’s current and upcoming fan-driven releases.

Universal Pictures’ Lucy rounded out the weekend’s top five with $9.49 million. The modestly budgeted sci-fi action film starring Scarlett Johansson was down 48 percent from the previous weekend. While the film’s holding power thus far hasn’t been the greatest, Lucy continues to exceed expectations and is now on the verge of reaching the $100 million domestic milestone with a 17-day take of $97.51 million.

Lionsgate Entertainment’s Step Up All In was off to a disappointing sixth place start with just $6.47 million. The fifth installment of the dance film franchise debuted below its already modest expectations and a disappointing 45 percent below the $11.73 million debut of 2012’s Step Up Revolution. It should be noted that the film is performing significantly stronger overseas than it is domestically.