“What If” Movie Review

What If Is a Modern When Harry Met Sally

The romantic comedy What If is the story of medical school dropout Wallace, who’s been repeatedly burned by bad relationships. So while everyone around him, including his best friend Allan seems to be finding the perfect partner, Wallace decides to put his love life on hold. It is then that he meets Chantry, an animator who lives with her longtime boyfriend Ben. Wallace and Chantry form an instant connection, striking up a close friendship. Still, there is no denying the chemistry between them, leading the pair to wonder, what if the love of your life is actually your best friend? 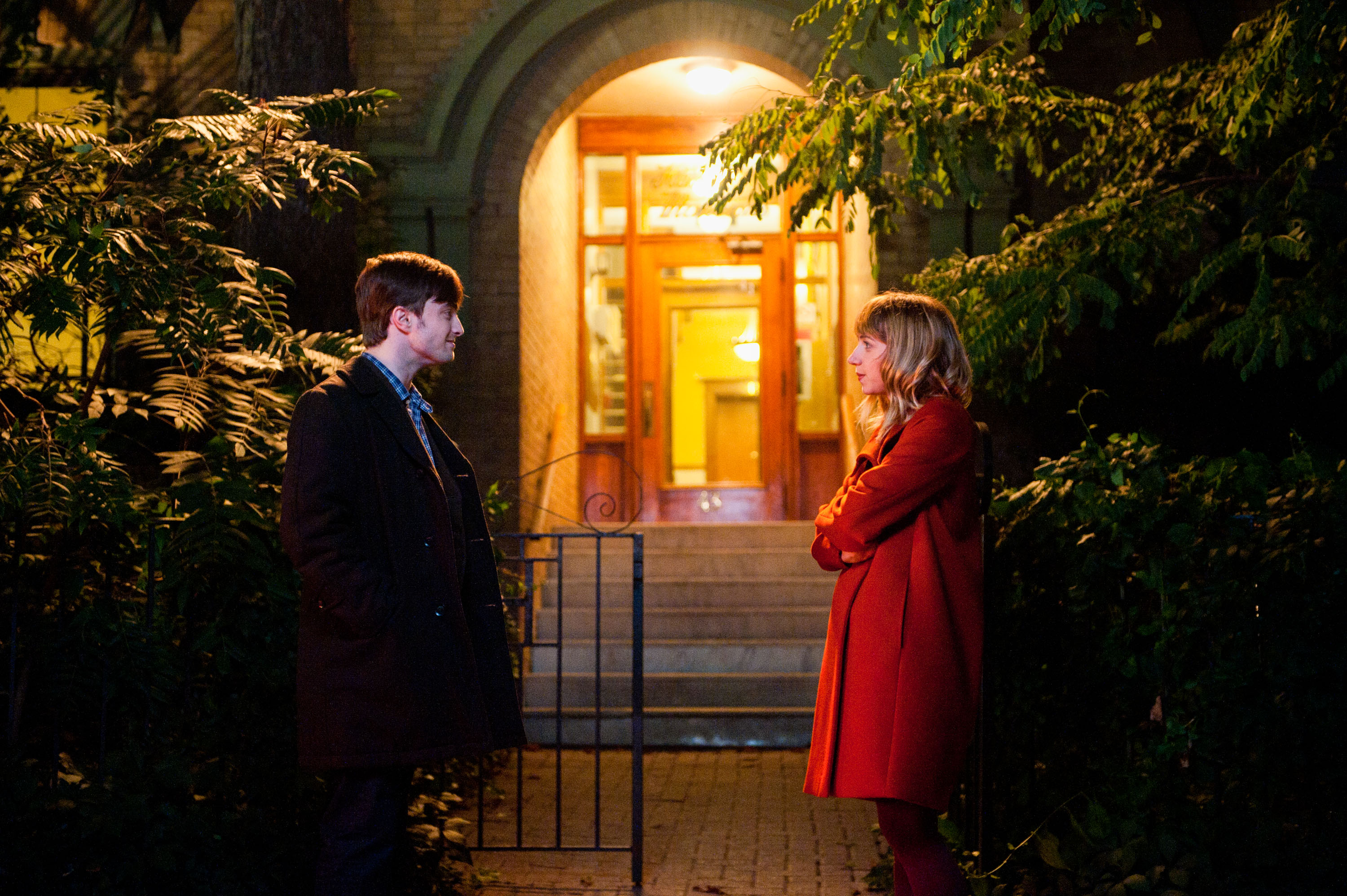 In What If, Daniel Radcliffe (Harry Potter) is Wallace, a sweet if somewhat lost twentysomething who is merely treading water — both personally and professionally. Hurt by a bad breakup a year earlier that literally led him to leave medical school and work as a writer of technical journals, Wallace just can’t seem to get back on track. An expat Englishman, he’s been squirreling himself away in his sister’s attic, spending too much of his time sitting on the roof and staring out at the Toronto skyline.

A chance meeting over a set of refrigerator poetry magnets with an animator, Chantry (Zoe Kazan), at a party sparks something inside him. The two click instantly. He walks her home and as they reach her door, she pointedly remarks that her boyfriend Ben (Rafe Spall) will be worried that she’s stayed out so late. Wallace, already smitten, pulls back immediately, even as Chantry, so clueless, pulls a page from the notebook she’s carrying and writes her phone number on it, suggesting that maybe the two could hang out together “as friends.” Wallace tosses the paper away from atop his room; as it floats off into the night, the little cartoon selfie Chantry has drawn on the back comes to life and takes wing, too, a sad, airborne relic of all the things that might have been.

But the two run into each other, both alone at a Princess Bride screening, and both Chantry and Wallace decide they can maintain a platonic friendship — that a man and a woman in 2014 should be able to be buddies. It’s an idea that Wallace’s best male friend and former roommate (and Chantry’s cousin), the sex-driven Allan (Adam Driver), sees right through.

Things get complicated when Ben’s international diplomatic job takes him off to Dublin and Wallace becomes increasingly aware that he’s in love with Chantry, who is left behind.

What If is an updated take on When Harry Met Sally for millennials with a contemporary slant and solid dialogue. While the outcome is pretty predictable and borderline formulaic, this is a well-paced romantic comedy that works due to its engaging cast — with special kudos going out to Radcliffe and Kazan, but also Driver, who delivers perfectly as the fast-talking, libido-driven hunkster. Harry Potter has grown up and you get to see his ass in a beach scene. Rated PG-13. Opens Aug. 8, 2014 in limited release; everywhere Aug. 15.