The Purge 2: Violence for Violence’s Sake

One night a year, all crime – including murder – is legal for 12 hours. In The Purge: Anarchy, a man heads out into the chaos, intent on getting revenge on a drunk driver who killed his son, but ends up rescuing a single mother, her 16-year-old daughter and a stranded couple in Los Angeles. 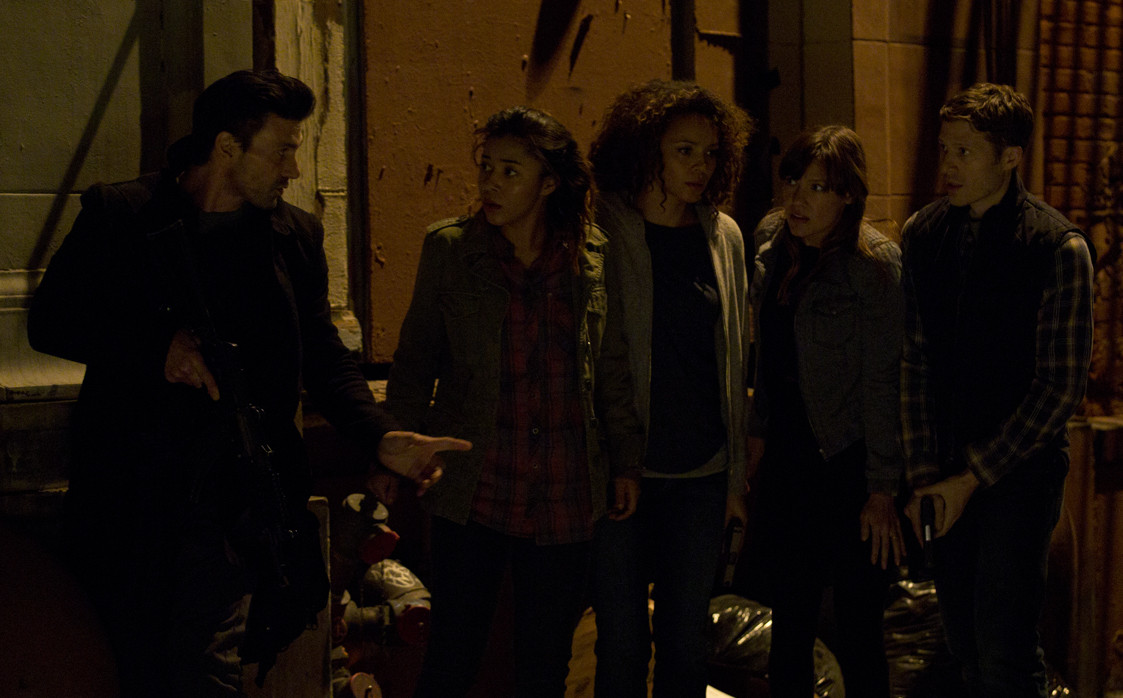 If you missed last year’s low-budget horror-thriller hit The Purge, you won’t be lost with The Purge: Anarchy. This isn’t a traditional sequel, more a separate story set in the same world. In a 2023 America, The New Founding Fathers, the NRA-like ruling party that has risen to power promising a violence-free country except during the annual “cleansing” ritual when law and order take a 12-hour break as citizens are allowed to loot, rape and kill without legal consequence. The first installment (which starred Ethan Hawke) showed us an upscale home invasion, Anarchy follows five people trapped in the streets.

The Purge: Anarchy, written and directed by James DeMonaco repeating his duties from the original, again takes place during the annual Purge when all police stations, fire stations and hospitals are shut down. Created as a way to allow people to indulge their basest instincts so as to keep the crime rate down the rest of the year, participants are urged to “have a good cleanse” while those seeking shelter from the mayhem are advised to “stay safe,” which are what most of the main characters are trying to do including struggling waitress and single mother Eva (Carmen Ejogo), her 16-year-old daughter Cali (Zoe Soul) and separating couple Shane (Zach Gilford) and Liz (Kiele Sanchez), who’s car breaks down after being sabotaged on the way to one of their family’s house. The exception is Leo (Frank Grillo), who has an armor-plated car and loads of weaponry, who heads out into the night seeking revenge.

Leo becomes the reluctant and unlikely protector of the other four when they find themselves outside during the violence-filled night. Not only must they avoid the ordinary citizens participating in the mayhem, including a masked gang, but also groups of paramilitary types who massacre victims with automatic weapons from the backs of tractor trailers. After Leo’s car becomes disabled, the group is forced to make their way on foot through the mean streets to the safe home of Eva’s coworker.

The film expands on the original premise by introducing racial and class-conscious themes into the storyline: Eva’s elderly ill father (John Beasley) sacrifices himself so as not to be a burden to his family; a Black Panther-style group led by Carmelo Johns (Michael K. Williams), an activist who leads a violent rebellion against the government-sanctioned Purge; and the desperate quintet become would-be prey to a group of wealthy white people who have bid at an auction for the privilege of hunting them down.

The “loose” sequel to last year’s sleeper hit is violent, speaks to the worst in most people and treats wealth as reason for caricature (complete with racial and religious overtones) and license to treat humans as prey. There are organized gangs piling into armored school buses, ‘roid-raging skinheads and tractor trailers full of jackbooted thugs. This is a movie that confuses suspense with shock, drama with violence and catharsis with simple sadism. The characters and conflicts — not just rich against poor, but white vs. black and brown — are simplistic. Stereotypes are not only indulged, but encouraged. Besides, would someone out to commit a crime during The Purge really wait for the 12-hour free pass? Most likely, the majority of DeMonaco’s budget was spent on fake blood. Rated R. Opens July 18, 2014.