“Deliver Us from Evil” Movie Review

Deliver Us from Evil Doesn’t Quite Deliver

In Deliver Us from Evil, New York police officer Ralph Sarchie, struggling with his own personal issues, begins investigating a series of disturbing and inexplicable crimes. He joins forces with an unconventional priest, schooled in the rituals of exorcism, to combat the frightening and demonic possessions that are terrorizing their city. Based upon the book, which details Sarchie’s real-life cases. 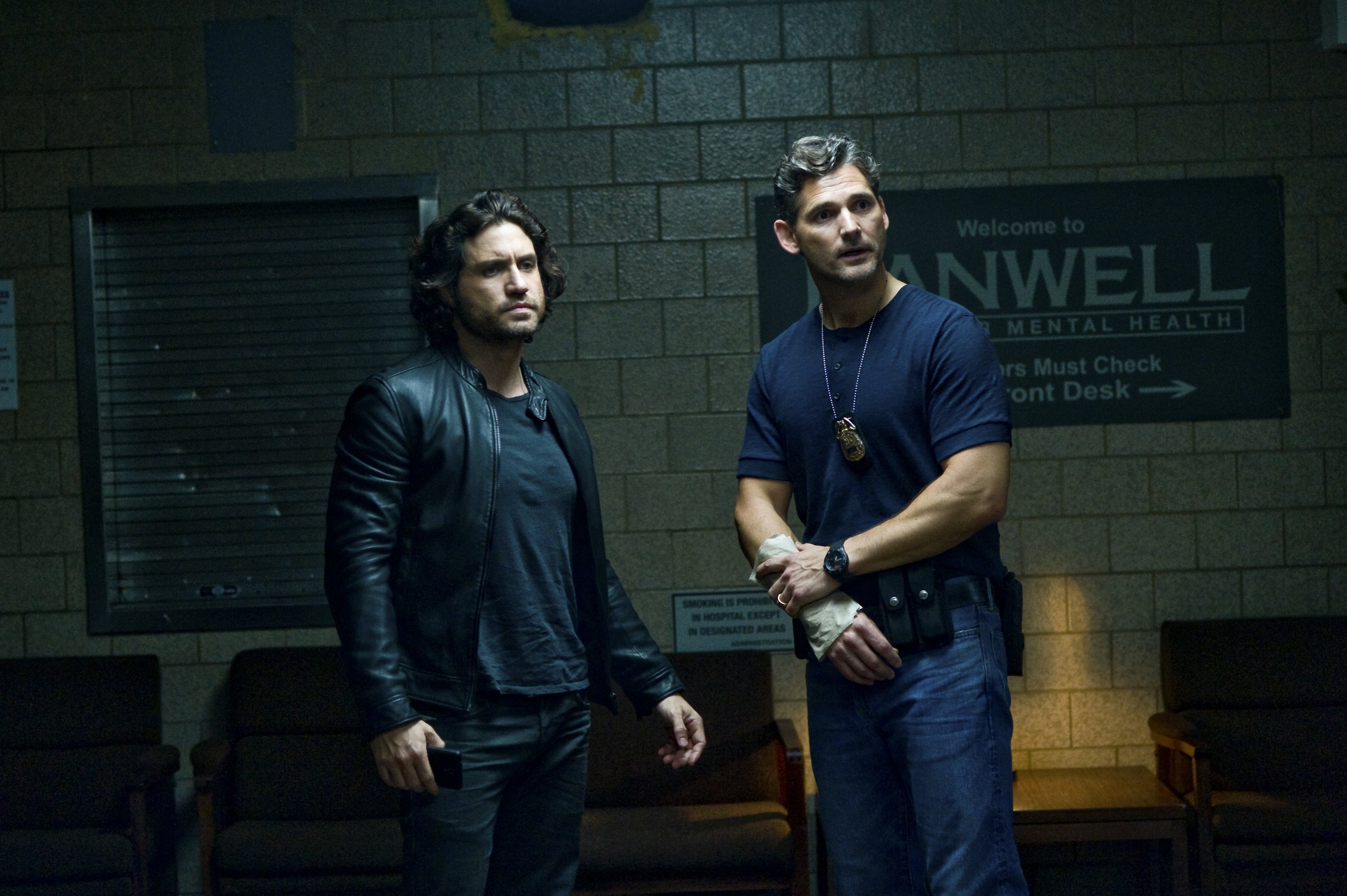 Eric Bana (Lone Survivor) plays Sarchie, a lapsed Catholic who seems to have a radar when it comes to detecting evil, as a humorless workaholic, while Joel McHale (NBC’s Community) is his irreverent partner, Butler. The actors work well together, especially during the film’s first act, an enjoyably creepy ride-along through alleys, basements and the Bronx Zoo.

Sarchie gets involved in a series of increasingly weird events. A mother throws her baby into the lions’ den at the zoo. An Italian family reports spooky noises coming from the family basement. Soon, Sarchie’s adorable 6-year-old daughter (Lulu Wilson) reports she hears scratching below the floorboards of her bedroom.

Things start to come together when Sarchie meets Father Mendoza (Edgar Ramirez from Zero Dark Thirty), a chain-smoking priest with soulful eyes, a tight leather jacket and long, curly hair. He may look like he wandered over from the set of a music video, but he’s actually an exorcist who thinks demons may be behind the strange occurrences.

When the believer finally convinces the skeptic that a demon is on the loose, Deliver Us From Evil begins to drag. An Iraq War vet (Sean Harris) emerges as the villain, and Sarchie’s family (Olivia Munn plays his wife) land rather haphazardly in jeopardy.

Deliver Us from Evil is an exorcism flick that’s far more compelling than its genre usually requires. Thanks to a fine cast, solid direction by Scott Derrickson and a soundtrack by The Doors, the movie’s mandatory cliches — Latin invocations, gurgling demons — are far more tolerable than usual. The material is based on Sarchie’s nonfiction book — he’s now a practicing demonologist. But you have to wonder which moments were rooted in reality. The people wandering the New York boroughs who appear to have had their hair and makeup done by a graduate of the Zombie Beauty Academy? The convenient instant at which a corpse’s stomach explodes? The mental institution that appears to have only one employee? The mysterious way in which it appears to be daytime in one part of the city and nighttime in another at the same time? But, you don’t have to believe this movie to enjoy it and even the most skeptic will jump a few times. Rated R. Opens July 2, 2014.