Earth to Echo: Not Quite E.T. for iPhone Age

Tuck, Munch and Alex are a trio of inseparable friends whose lives are about to change. Their neighborhood is being destroyed by a highway construction project that is forcing their families to move away. But just two days before they must part ways, the boys begin receiving a strange series of signals on their phones. Convinced something bigger is going on, they team up with another school friend, Emma, and set out to look for the source of their phone signals. What they discover is something beyond their wildest imaginations: a small alien who has become stranded on Earth. In need of their help, the four friends come together to protect the alien and help him find his way home. 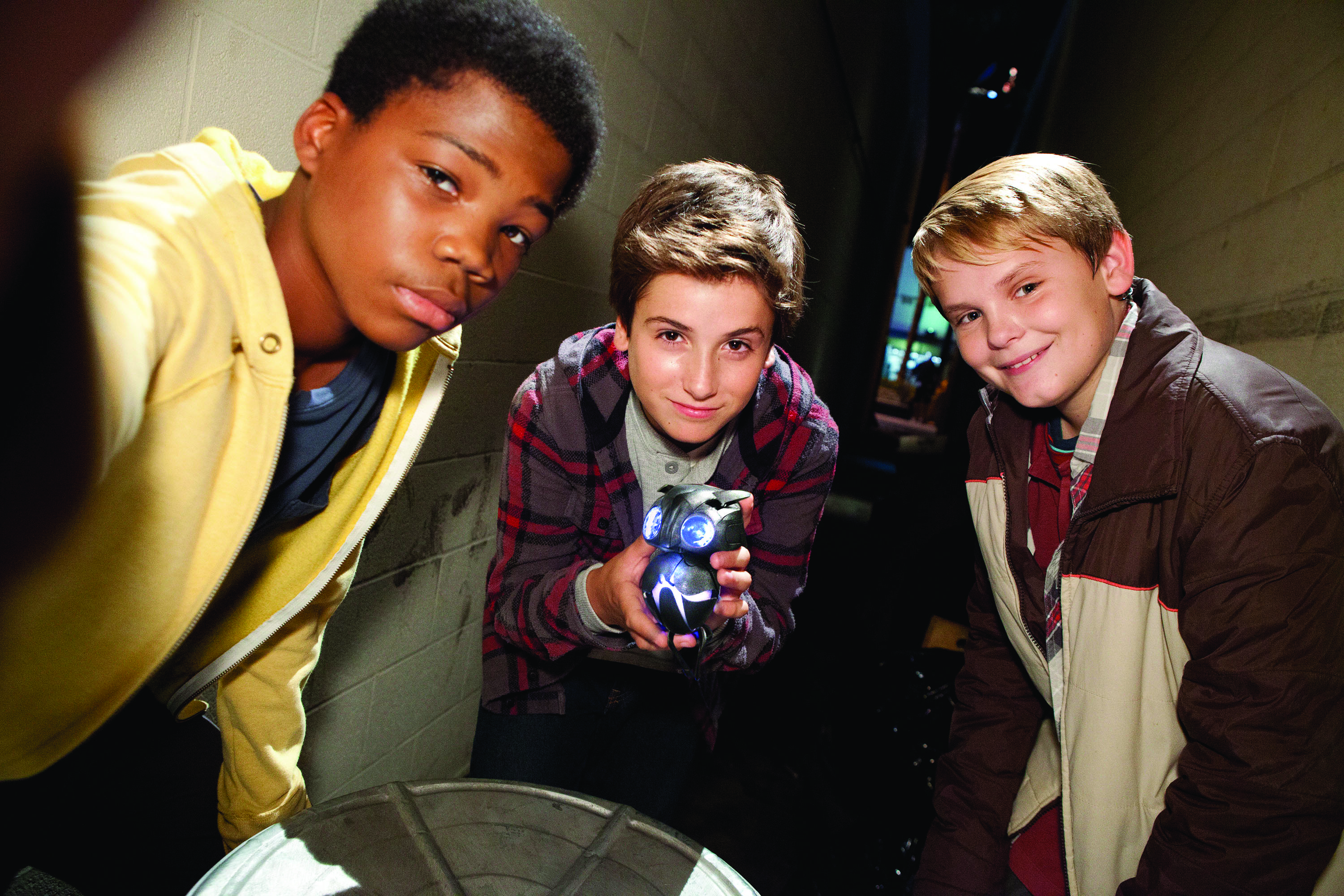 First-time director Dave Green takes a tale of adolescence and friendship and wraps it in a sci-fi story that raises far more questions than it answers. Tuck (X Factor contestant Brian “Astro” Bradley), Munch (Reese C. Hartwig) and Alex (Teo Halm) are three childhood friends spending a final night together. The next day, they all have to move out of their development to make way for a highway.

Strange things have been happening with their cellphones and on their last night together, the guys dupe their parents with a fake slumber party, reroute the grown-ups’ incoming calls to Munch’s cell, and bike off into the Nevada desert to track down a blinking treasure mysteriously beamed to their smartphone maps. This takes them on a journey across the desert where they discover a small owl-like robotic alien that the kids name “Echo” and has been damaged in a crash and is trying to find its way to a spaceship. Joined by classmate Emma (Ella Wahlestedt), the boys help out the robot while being pursued by federal agents who want the alien for nefarious purposes.

Their new friend sends them on a quest to find the missing parts needed to help launch his spaceship. They are scattered everywhere that young boys find mysterious and alarming: a bar, a pawn shop, a dark arcade, a beautiful babe’s bedroom. They ping around Nevada fast enough that there’s scarcely time to question the plot. (How on earth did a piece of the alien’s key get into a girl’s jewelry box?) On their heels are some not-scary-enough adults who are most alarming when they forcibly escort the gang to their control center, which houses an entire wall mounted with commandeered cellphones pinned in neat rows like dead butterflies.

The boys film everything on their phones and camcorders, and the movie unfolds through those visuals, found footage-style.

The Earth to Echo script is patchy and glosses over every question presented by the presence of the extraterrestrial being. The problem is that Earth to Echo somehow manages to discard almost everything that was good about and magical in E.T. while retaining the weak and/or forgettable elements. Which brings us to the so-called “found footage” approach… I suppose this was clever the first few times it was done, mostly in horror films like The Blair Witch Project, but it’s the kind of gimmick that quickly wears out its welcome. An additional impediment is that the constant shaking and panning of the hand-held camera may trigger nausea in some viewers. And, even for those not subject to motion picture motion sickness, the format is more distracting than innovative or interesting. This movie is good for children under 8. Anyone older may find it a bit lackluster. Rated PG. Opens July 2, 2014.