22 Jump Street Gets Jump on Competition

Sony Pictures’ 22 Jump Street won last weekend’s (June 13-15) box office battle with a strong first place debut of $57.07 million. The highly anticipated action comedy sequel starring Jonah Hill and Channing Tatum had been expected to find itself in a close battle for first place with How to Train Your Dragon 2. 22 Jump Street opened towards the lower end of expectations last weekend. The film opened an impressive 57 percent stronger than the $36.30 million debut of 2012’s 21 Jump Street. 22 Jump Street registered the second largest opening weekend ever for an R-rated comedy behind only the $85.95 million opening weekend take of 2011’s The Hangover Part II. The film is likely to be helped going forward by strong word of mouth and the relative lack of surefire blockbusters entering the marketplace over the next three weeks with the one exception being Paramount Pictures’ Transformers: Age of Extinction. 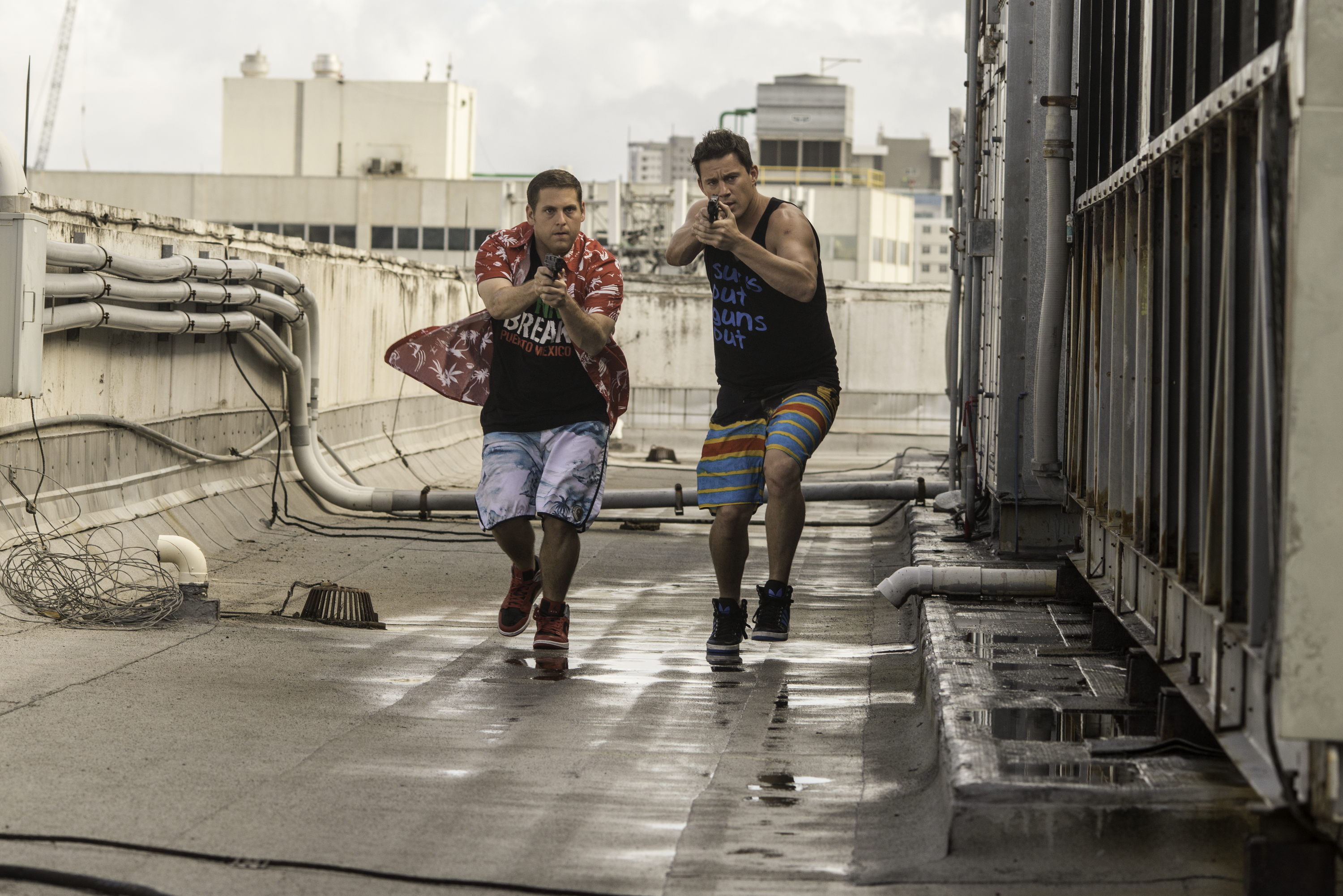 Disney Studios’ Maleficent continued to hold up relatively well last weekend with a third place take of $18.50 million. The 3D fantasy blockbuster starring Angelina Jolie was down 46 percent from the previous weekend, which represented a very solid hold when considering the new direct competition the film faced from How to Train Your Dragon 2. Maleficent has grossed a strong $163.02 million through 17 days of release. With the debuts of both The Fault in Our Stars and How to Train Your Dragon 2 now out of the way, Maleficent has a strong chance of beginning to hold up even better than it already has going forward.

After a lackluster start last weekend, Warner Bros. Pictures’ Edge of Tomorrow held up nicely last weekend with a fourth place take of $16.53 million. The critically acclaimed sci-fi film starring Tom Cruise and Emily Blunt was down a healthy 43 percent from the previous weekend. The strong second weekend hold was much needed given the film’s large price tag. Edge of Tomorrow has grossed $57.00 million through 10 days of release. With strong word of mouth and continued summer midweek business ahead, Edge of Tomorrow should continue to gain ground going forward.

On the heels of the previous weekend’s very strong first place start, 20th Century Fox’s The Fault in Our Stars tumbled four spots and 69 percent last weekend to place in fifth with $14.79 million. Despite good word of mouth, the low-budget drama starring Shailene Woodley had been expected to fall off sharply last weekend, due largely to the film’s sizable built-in audience from the novel it was adapted from. In the larger picture, The Fault in Our Stars is still performing very well with a 10-day take of $80.77 million especially with its low price tag in mind. With its expected large second weekend decline out of the way and continued strong summer midweek business likely ahead of it, The Fault in Our Stars could still stabilize going forward.

Fellow 20th Century Fox release X-Men: Days of Future Past placed in sixth with $9.82 million. It appears that the positive word of mouth for the 3D superhero sequel may be starting to kick in at the box office, as the film was down just 35 percent from the previous weekend. The film also received some added help last weekend from the Father’s Day holiday. X-Men: Days of Future Past surpassed the $200 million domestic milestone on Saturday, the film’s 23rd day of release, and has grossed $206.26 million through 24 days.