Bangkok Joe’s in Georgetown Is Closing 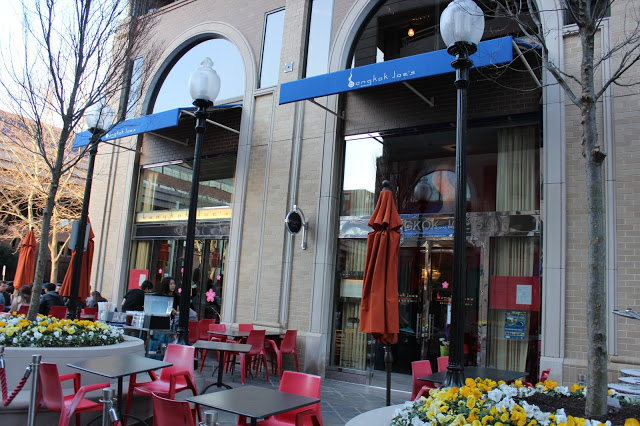 “After continuous high traffic for over a decade, with the same equipment being used every day, repeatedly in the kitchen, there was a need to update the kitchen equipment and furniture,” said Oursinsini. “We also recognized that over time the needs of our customers had evolved. We felt the time was right to bring a new contemporary restaurant to the same beautiful location, Georgetown’s Washington Harbour.”

“Since opening in 2003, Bangkok Joe’s has received amazing support from the community and our patrons”, said Bunyarataphan. “We’re committed to re-investing in our restaurants to ensure that we continually offer guests the best possible dining experience. By completely revamping the restaurant with a hip vibe and interior, new name and new menu, we hope to deliver the same exceptional experience which our customers have come to love and enjoy over the last decade.”

The pair also own T.H.A.I in Shirlington and Tom Yum District, a fast casual restaurant, in Rosslyn. 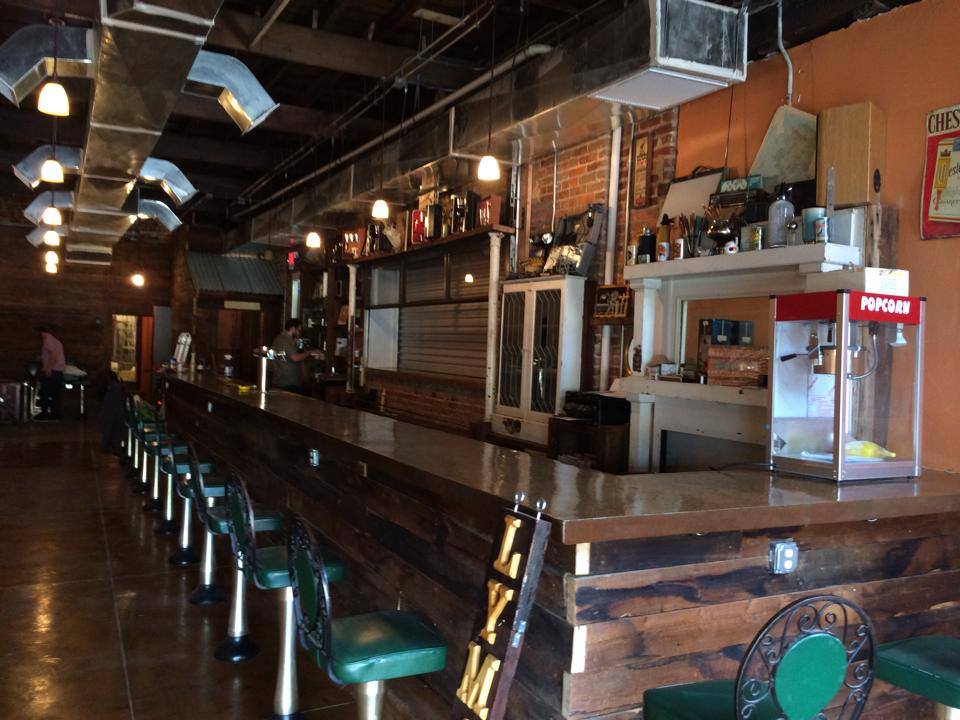 The tavern is owned by Raven owner Merid Admassu, former Café Saint-Ex bartender Jessica Kleinmann and Dodge City and Raven bartender Kevin Perone. The one-room saloon with a rustic, western feel will feature half a dozen draft beers, four pinball machines, a jukebox and free popcorn fresh from a popper behind the bar. The décor features wooden slats on the wall, a mounted jackalope head over the bar and a “Montana Militia” sign. Peron’es collection of Super 8 and other cameras will also be on display along with a selection of vintage portable bartender’s equipment and other tchotchkes.

The bar features antique wrought-iron barstools bolted to the floor. Located under the bar in front of every stool is a double hook for jackets, purses and umbrellas, and there are outlets all the way down the bar for charging phones. 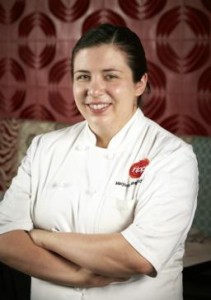 Marjorie Meek-Bradley will team up with N.Y. chef Richard Kuo on an eight-course dinner. (Photo: Ripple)

Kuo and Meek-Bradley bring a cohesive approach to food to the special dinner. Both chefs list Per Se on their resumes and attribute much of their experience and technique to Thomas Keller’s mentorship. Both have stepped into their first executive chef roles’ at critically acclaimed, wine focused restaurants known for farm-to-table ideologies and small plates.

The chefs will prepare alternating courses, letting ingredients and technique shine, and it will be up to guests to guess who cooked each one.

The first course is scallop with lemon, spring onion and radish; second course is foie gras and strawberry terrine with anise hyssop and black licorice shortbread; third course is salmon with beet, apple and cilantro; and the fourth course is kohlrabi and Felsa Yehr tortellini with broccoli rabe, chili and green garlic. The fifth course will be mussels and clams with coconut and basil; followed by the sixth course of soft shell crab with romaine, green goddess dressing and soft herbs; the seventh course of chicken with egg, tarragon and garlic; and the eighth course of Roseda Farms beef culotte with carrots, sweet pea relish and potatoes. Dessert will be black pepper angel food cake with lemon Bavarian, strawberry compote, mint granite and cashews.

Noelia Italian Kitchen will open at 1319 F St. NW on June 11. Owned by Kaiser Gill, the 6,000 square-foot restaurant was formerly home to Finemondo. 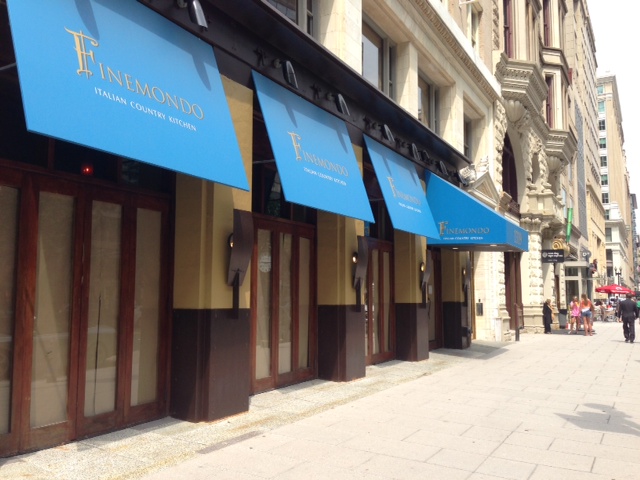 Carmen Gianna Piazza to be the executive chef of the modern Italian restaurant. She lived, cooked and studied in Italy for 22 years, where she owned her own restaurant for four years, before selling it to move to the U.S. From 2000-2003, Piazza cooked at Café Milano then was executive chef of Sette Osteria in Dupont Circle for three years before moving to Extra Virgin Modern Italian Cuisine for more three years. She has also served as a consultant specializing in Italian menu development for Famoso and M Café in Bethesda.

Noelia Italian Kitchen will have a 1,400 square-foot dance floor on Friday and Saturday nights from 11 p.m.-2 a.m. with a rotating list of DJs and live musicians for the late night dancing.

“I am opening Noelia Italian Kitchen because it is the kind of place I like to go for dinner and dancing with my wife, which I believe is missing in this area of downtown Washington,” said Gill, a former Army officer and FBI agent. “We want to present an inviting restaurant with good food, Italian being my favorite, that is well priced and a great place to meet for lunch and dinner. The design of the restaurant affords me the opportunity to add two private dining rooms. The larger can accommodate a dinner party for 30 guests and the smaller one comfortably seats 14.”

Editor’s note: We’ve received word that Noelia’s opening has been delayed until at least June 11. 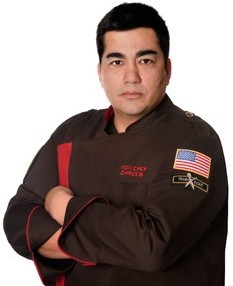 Rural Society, the Argentine steakhouse from Iron Chef Jose Garces, will open in the Loews Madison Hotel at 1177 15th St. NW in mid-summer.

Inspired by La Exposicion Rural, an annual cultural and political event held in Buenos Aires since 1866, the 150-seat restaurant will be “sophisticated and warm, even a touch sultry” with warm woods, a bar specializing in whiskey and Italian aperitifs and a 10-foot grill that will burn wood imported from Argentina.

Chef de cuisine Luis Goral, formerly of Amada in Philadelphia and Mercat a la Planxa in Chicago, will head up the kitchen. The space has been vacant since the Federalist closed last summer.

Eli’s Kosher Deli, currently located at 1253 20th St. NW in Dupont, is moving a few blocks away to 2142 L St. NW in the West End where Jonathan’s Gourmet was previously. 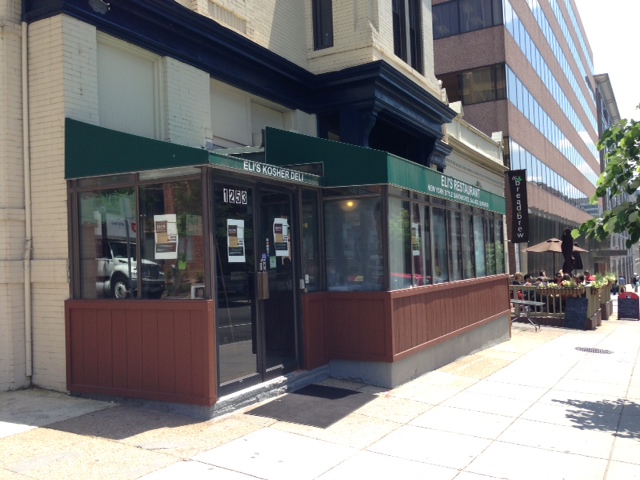 The new location will feature more space, expanded hours, new menu items, a food market and deli, and a wine bar, according to a sign at the current location.

Construction will begin soon and they expect the current location to be open until the move, the sign says.