Oval Room to Close for Renovations

The Oval Room at 800 Connecticut Ave. NW will close June 30 for a complete renovation changing both the restaurant’s menu direction and design scheme.

The Oval Room’s dining room will get a makeover when it closes at the end of June for a month. (Photo: Oval Room)

To celebrate, executive chef Tony Conte’s most popular dishes will be featured during the month of June. Guests can order a two-course lunch for $25 or a three-course dinner for $50. Conte took over the kitchen of the 100-seat restaurant located one block from the White House in July 2006.

“Oval Room opened in October 1994 and will be celebrating its 20th birthday this fall so it is a fitting time to give the restaurant a fresh new direction,” Bajaj said. “We will reopen in August and guests can anticipate a new menu to complement the décor too, so more fun surprises are ahead.” 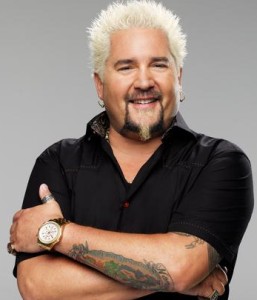 Fieri, a restaurateur and Diners, Drive-Ins and Dives host, will open Guy Fieri’s Baltimore Kitchen & Bar, a 350-seat restaurant. The restaurant will be open for breakfast, lunch, dinner and late-night dining and serve casual foods including an extensive variety of burgers, wings, small bites and shareable food items. Drinkers can opt for eight varieties of shots served through a frozen tap system.

The decor, including an outdoor patio, will feature repurposed wood and steel. Fieri’s many tattoos will inspire the coasters, napkins and plate ware.

Fieri is no stranger to feeding gamblers. Guy Fieri’s Vegas Kitchen & Bar opened in April, and an Atlantic City location is in the works.

“I’ve been to Baltimore many times – it’s an amazing city filled with fun-loving people who appreciate great food,” Fieri said in a statement. “I’m looking forward to bringing this exciting new restaurant concept to Horseshoe Baltimore and to making more friends in Charm City as we serve up a fantastic menu in an environment where people can feel free to have a great time.”

In late April, the casino announced that chef and Chopped judge Sanchez and chef John Besh will collaborate on a 222-seat Mexican restaurant at Horseshoe called Johnny Sanchez. This is the first collaboration for the two and will serve lunch and dinner.

Johnny Sanchez will offer some substantial dinner plates, but the bulk of the menu will be tacos and tostadas, said Sanchez, who was in Baltimore for the casino’s announcement. It will also serve domestic and imported beers, tequilas, mezcals and bourbons.

“We’re not going to make [Johnny Sanchez] elite, not so chef-y that people won’t be able to embrace it,” said Sanchez.

A James Beard award-winning chef, Besh has hosted two national public television cooking shows, based on his award-winning cookbooks. Both chefs have experience in creating concepts for entertainment venues. In addition to his flagship restaurant Mestizo, Sanchez created the menu for Crossroads, the restaurant concept at House of Blues music venues nationwide.

Among his 10 restaurant projects, Besh has a steak house inside Harrah’s New Orleans casino hotel. Harrah’s and Horseshoe are both brands of Caesars Entertainment.

The casino will also feature the Baltimore Marketplace, a casual dining area on the first floor. Filling that area will be local eateries Heavy Seas Alehouse, which opened a second location on Wilson Boulevard in Rosslyn in February and features local beers and casual fare such as burgers, oysters and small plates with Baltimore flavors. Also in the marketplace will be The Mallow Bar, a dessert café located in Rosedale, Md., which features rice cereal treats and homemade marshmallows; Tark’s at the ‘Shoe from Tark’s Grill in Lutherville, Md., and serving traditional American grill fare with a focus on seafood and chicken specialties such as jumbo lump crab cakes, fried chicken, fresh-cut French fries and soups; Lenny’s Deli, which is known for its corned beef sandwich and has three locations in the area, will serve deli sandwiches, hot dogs and breakfast all day; and Pie-Zetta, a new spin-off of the Towson-based Mamma Ilardo’s pizza chain, which will allow customers to build their own personal pizza.

There will also be a Jack Binion’s Steak House, a Horseshoe-branded restaurant that has a presence at nearly every Horseshoe casino in the country.

The chef tweeted Monday that he was on his way to D.C. for a meeting about the restaurant.

He also lunched at Founding Farmers, according to his Twitter feed.

The 75-seat restaurant, which will only be open to federal employees and contractors who work inside the Pentagon, will be part fast-casual, grab-and-go cafe and part sit-down restaurant, according to a spokesman. The cafe will serve coffee, fresh squeezed juices, smoothies and breakfast items in the morning and prepared sandwiches and salads during the day.

The sit-down part will also be open for breakfast and lunch serving salads, sandwiches and other items, including pizzas made in an exhibition pizza kitchen.

It will occupy a second-level space overlooking the food court that is currently occupied by Market Basket, a casual restaurant featuring sandwiches, a sushi bar and a hot bar. Market Basket will relocate within the food court at the end of the summer.

The Pentagon has several food courts featuring mainly fast-food options such Popeyes Louisiana Kitchen, Burger King, McDonald’s, Dunkin Donuts and Subway. There are also dining halls for each branch of the military, but those are open only for higher ranking officials. The Pentagon’s formal sit-down restaurant shut its doors earlier this year and the space remains empty.

Irvine was invited to submit a proposal due to his military connections, the spokesman said. The chef began his career in the British Royal Navy and served as a guest chef at the Navy Mess facility in the White House. He frequently volunteers his time with military charities.

If the concept works as expected, it could be the first of many Robert Irvine Fresh Kitchens that could open both in military facilities and elsewhere, the spokesman said.

Singer’s Significaant Meats owner Douglas Singer, a former sous chef at Zaytinya, Café Saint-Ex and Oyamel who also worked at the Argonaut and Capitol Lounge, is opening Singer’s Delicatessen, a pop-up in Bethesda with Peter Smith, the former chef at Chinatown’s PS7.

Every Sunday and Monday from 11 a.m.-2 p.m., the pair will take over the bar at Newton’s Table. 4917 Elm St., and transform it into a mostly Jewish deli. The menu will features Singers’ house-made corned beef and brisket along with Smith’s half-smoke on a Parker House bun. Fans of Pittsburgh’s Primanti Bros. can order the Pittsburgh with corned beef, pastrami, gruyere, French fries and a fried egg on a bun.

The sandwiches are served on bread from Bethesda’s Breads Unlimited.

The pop-up could be a precursor of things to come for Singer’s Significant Meats. The chefs are scouting for locations for a permanent retail spot.

Expected to open this year, the 9,400 square foot restaurant’s will be the Dallas based chain’s first location in the city. Similar to Fogo de Chao, servers at the Brazilian-style steakhouse will walk around with all-you-can-year fresh-off-the-grill beef, lamb, pork, chicken and Brazilian sausage that they will carve tableside. The restaurant will also feature a seasonal salad bar featuring 50-60 items.

A call to a Texas de Brazil spokeswoman has not been returned, but the restaurant’s website does list a Washington, D.C. restaurant as opening in 2014.

Cafe Deluxe has opened its fifth location on the first level of the new Hilton Garden Inn, 2201 M St. NW.

The 5,000 square foot space is the American bistro’s second spot in the District, following the original restaurant on Wisconsin Avenue. The restaurant, which seats 124 people in the dining room and another 38 at the bar, was designed by GTM Architects and features rich-colored leather booths, mahogany furniture and oversized mirrors. Impressive floor-to-ceiling windows at the front of the restaurant open up onto the hustle and bustle of 22nd and M Streets. A patio seats up to 40. A private dining space can seat up to 40 people, while an additional 2,500 square feet of banquet space, which can be divided into thirds, is available for corporate and social events.

An expanded brunch menu is offered Monday-Friday from 6:30-11 a.m. and weekend from 7 a.m.-3 p.m. Brunch features lighter choices, such as the healthy deluxe, egg whites folded over freshly roasted veggies served with salsa and avocado pico, as well as a selection of egg benedicts, specialty and build-your-own omelets, French toast and signature confections like beignets and Sully’s coffee cake.

The full bar features over 60 wines, an expansive beer menu with 13 selections on tap, including four rotating seasonal options, and a variety of new cocktails. Happy hour from 3:30-7 p.m. Monday-Friday will feature $4 Stella Artois drafts and house wines, $5 margaritas and cosmos, and $1 off all draft beers. Bar bites include prosciutto mac and cheese, sliders, crispy chicken rolls, apple and brie flatbread, calamari and mussels.