Kardashian Has Bachelorette at Eiffel Tower

Kim Kardashian’s closest girlfriends joined her for dinner at the Salon Chinois inside the Hotel Costes on Thursday then the women took a party van on a tour of the Trocadero and other Paris sights, stopping at the Louvre to take photos, before heading to a private bash in the Eiffel Tower. 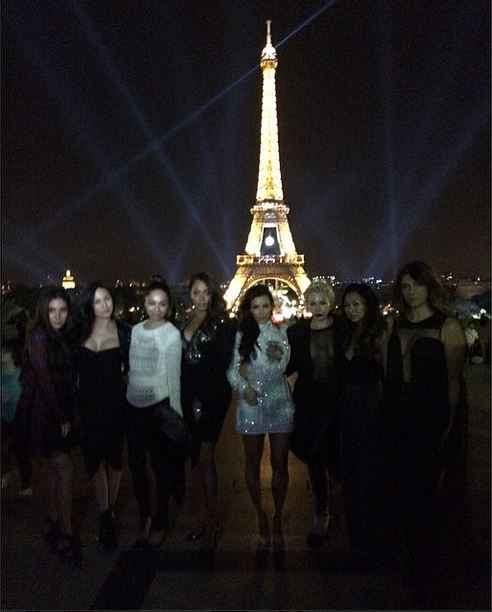 Earlier in the evening, the 33-year-old reality star and her friends started the party with 15 bottles of Veuve Clicquot champagne in her room at the Four Seasons Hotel George V, according to reports.

Kim, who weds Kanye West in Florence, Italy on Saturday, wore a $20,000 sparkly, glass beaded baby blue Balmain Couture mini dress with a turtleneck, long sleeves and a floral motif on the chest and made a grand entrance into the hotel with Kylie. Kim and her guests dined on “light dishes” including frog legs and escargot while sipping mineral water and wine. 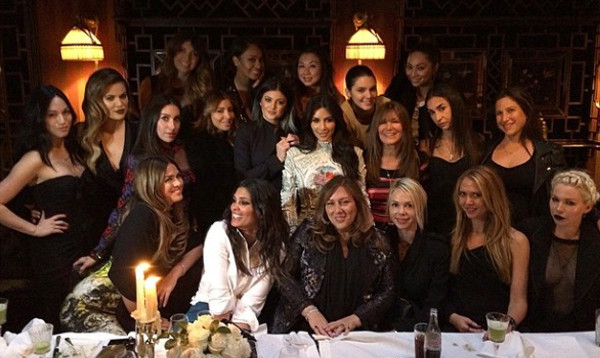 Kim Kardashian and her BFFs at dinner at the Salon Chinois inside the Hotel Costes. (Photo: Kim Kardashian/Instagram)

Kim shared photos from the evening to her Instagram account, including the one above of her surrounded by all her girls at the dinner, with the caption: “I’m so lucky! I have the best friends in the whole wide world! #ParisNights #LastSupper.” 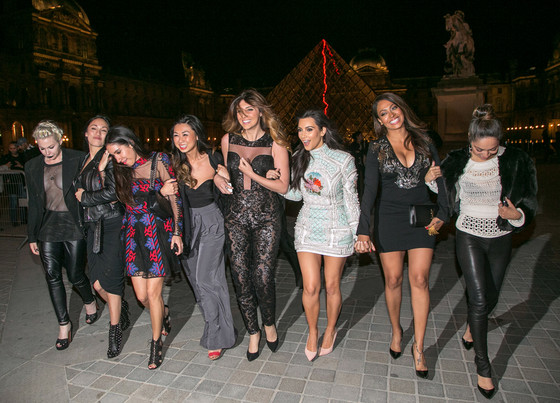 Kim and her gal pals at the Louvre. (Photo Kim Kardashian/Instagram)

Thursday night’s outing was more casual than Wednesday whe the bride-to-be hit up Crazy Horse Paris, a famous burlesque club, with Khloé. Kendall and other friends. The famed cabaret club, known for its stage shows performed by nude female dancers, tweeted a shot of Kim taking a selfie with some fans.

Wedding guests including Jay Z and Beyoncé will gather in Paris today then move to brunch at iconic designer Valentino Garavani’s Château de Wideville, a magisterial 17th-century residence on 120 acres outside the French capital, then be given a private tour of the Palace of Versailles.