Locke Is an Unsatisfying Ride

Ivan Locke has worked diligently to craft the life he has envisioned, dedicating himself to the job that he loves and the family he adores. On the eve of the biggest challenge of his career, Locke receives a phone call that sets in motion a series of events that will unravel his family, job and soul. All taking place over the course of one car ride, Locke is an exploration of how one decision can lead to the complete collapse of a life.Locke is a unique cinematic experience of a man fighting to salvage all that is important to him. 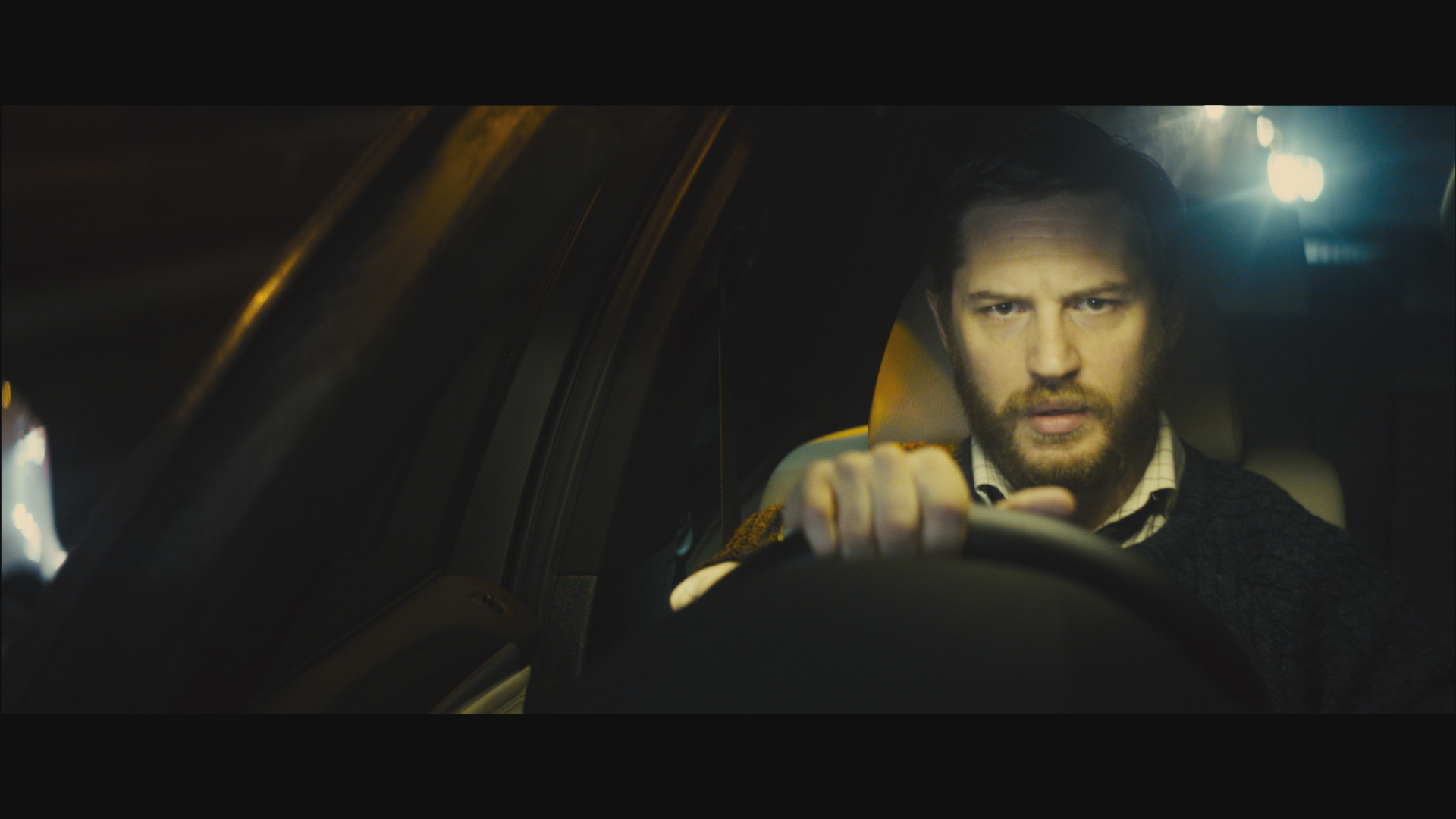 Locke is a one-man film whose star spends 85 minutes in his car making marathon phone calls as he drives his BMW from Birmingham to London one night.

Tom Hardy stars as Ivan Locke, a married father of two boys who has earned a reputation as being sharp, capable and even-tempered. A well-regarded and seasoned construction manager, he’s about to oversee the biggest project of his life, quick glimpses of which writer-director Steven Knight shows us as Locke steps into his BMW and pulls away. But over the course of one evening, one drive and many, many phone calls, everything Locke worked to achieve threatens to come crashing down around him.

It’s the eve of the day when he’s supposed to set the foundation for an enormous building – the biggest commercial concrete “pour” in European history. He leaves the construction site after he learns that the female assistant he impregnated on a rainy, lonely night on an out-of-town job is about to give birth. It was the only time he strayed from wedlock – a one-night-stand with a needy woman who was “really old.” (He guesses 43.) As soon as he learned she was pregnant, he knew he’d drop everything to be by her side. But he hasn’t confessed to his wife or told anyone at work he might be called away until tonight.

From the beginning, he knows he’ll be fired (and he is). He talks through his preparations with a trusted lieutenant so everything will be in order before some wet-behind-the-ears manager takes charge of the pour. He expects the news to shock his wife and disrupt his family, but he hopes she will let him come home after the birth, to talk things over.

Talking hands-free nearly non-stop, Locke alternates between his wife, Katrina (Ruth Wilson), who’s preparing dinner; his sons, Eddie and Sean (Tom Holland and Bill Milner), who are excited to watch a big soccer match with him; his boss, Gareth (Ben Daniels), who’s furious with him for abandoning the project; and his overwhelmed second-in-command, Donal (Andrew Scott), who’s suddenly in charge.

And then there is another frequent caller: the person Locke is driving to see, Bethan (Olivia Colman). Seems he shared one night and too much wine with her while he was out of town on a job about nine months ago. Now, she’s about to give birth to his child. And she’s extremely fragile, especially when doctors must perform a caesarian section when the umbilical cord becomes wrapped around the baby’s neck.

But Locke maintains an almost chilling sense of calm for the most part. He keeps the plates spinning, but quick, sporadic outbursts reveal his mounting frustration and fear. Locke’s frequent conversations with his late, lowlife father, whom he imagines is sitting behind him in the back seat. It helps explain his motivation, certainly, but it also feels needlessly melodramatic.

The minimalist Locke is a study in opposites – a construction manager tearing down his marriage and career – but the story doesn’t work. All you see is Locke’s head and shoulders, the Bluetooth display in his car and the lights along the highway and on other cars. Once in a while, you see an occasional road sign. But Hardy plays an unemotional man, willing to give everything up for a child from a one night stand because his own father wasn’t there for him as he was growing up. In fact, conversations with his own father, apparently in the backseat but unseen to anyone but Locke, are among the weakest scenes of the movie. There are also some other discrepancies, such as the fact that all the permits necessary for the big concrete pour were obtained in advance.

At a Georgetown screening, Knight told the audience that the low-budget film (a mere $2 million), was filmed over five nights, with two takes a night. Cameras were mounted at different locations on the car, which was put on the back of a flatbed truck and actually driven along the room during filming. The conversations between Locke and the callers are real with the actors making actual phone calls to Hardy in the car while they were sitting in a hotel conference room. And Hardy, playing Locke with a Welsh accent and beard, really had a cold while he was shooting, so all those tissues and slurps of cold medicine weren’t just for affect. The movie opened Apr. 25 in less than 100 theaters and will expand to more May 2, but there is no indication when it will open in the DMV. Rated R. Opens Apr. 25, 2014.