Easter Weekend in the DMV

It’s Easter weekend and the weather is supposed to be in the mid-60s. While many of you will be having family dinners on Sunday, there’s still plenty to do in the DMV. If you don’t feel like cooking an Easter ham, check out our list of specials at area restaurants. 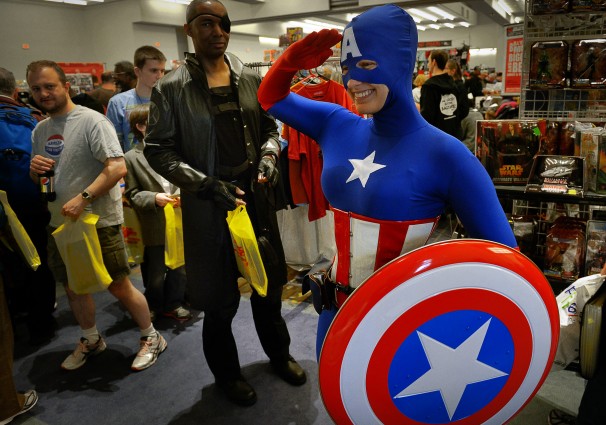 Dust off your costume and embrace your inner superhero for D.C.’s geekiest gathering. Awesome Con, D.C.’s largest gathering of dorks, geeks, gamers and cosplayers comes to the Washington Convention Center. Special guests include Billie Piper from Dr. Who, Cary Elwes from The Princess Bride and Robin Hood: Men in Tights, Sean Astin from the Lord of the Rings Trilogy and Danai Gurira from The Walking Dead. Other guests include Kevin Sorbo from Hercules, Melissa McBride, IronE Singleton and Madison Lintz from Walking Dead, Nicholas Brendon from Buffy, Dirk Benedict from the A-Team, Raphael Sbarge from Once Upon a Time and more. Click http://awesomecondc.com/media-guests/ here for the full list. The full schedule is available here. 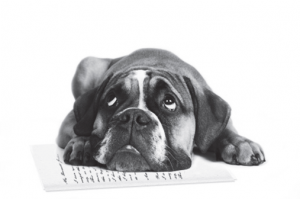 New York-based troupe Fiasco Theater makes its D.C. debut with Shakespeare’s silly Two Gentlemen of Verona. When Valentine and Proteus journey from Verona for Milan, comic mayhem ensues as the two fall in and out of love with the same women. This dizzying romantic comedy is about bandits, mistaken identity and the “sourest-natured” dog. Crab, the slobbering companion of the servant Launce, appears only briefly but leaves a memorable impression on audiences who might not be taken with yet another tale of mistaken identity, swapped genders and separated lovers. And since the Fiasco Theater team is dedicated to infusing each adaptation with humor and joy, expect to leave smiling, not emotionally devastated. 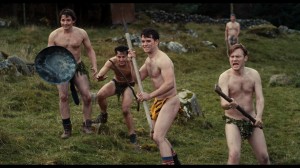 The Bachelor Weekend is the closing movie for Filmfest D.C. (Photo: Tribeca Entertainment)

The 28th and final Filmfest D.C., the Washington, D.C. International Film Festival, is back with more than 80 features, documentaries, comedies, shorts, award winners and discoveries. This year’s themes include Trust No One including espionage, spys and Thrillers; The Lighter Side featuring comedies; Feast Your Eyes, where all the fills are about food; and Justice Matters, which examines the impact film can have in the quest for human rights. Begun before the Internet, Netflix or Red Box, this will be Filmfest D.C.’s final curtain due to financial pressure.

Through Apr. 27 at various locations in the area including Landmark Bethesda Row, Landmark E Street Cinema, AMC Mazza Gallerie, the Avalon Theater, the Brixton, the Embassy of France, the Goethe-Institut Washington, the Lincoln Theatre and the National Gallery of Art. Advance general admission tickets are available online for $13.50 or $12 at the door one hour prior to screening. Opening night movie and reception are $40 and closing night film and reception are $20. 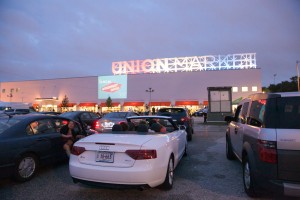 Union Market’s Drive-In four-week spring movie series starts this Friday with National Lampoon’s Vacation. On Apr. 25, Frozen, the sing-a-long version will be show, followed by Diner on May 2 and the people’s choice, James Bond Collection on May 9 with the public voting for From Russia with Love, The Spy Who Loved Me or Goldfinger (vote on the market’s Facebook page). Purchase snacks from the market’s booths or cocktails from the Airstream trailer.