Captain America: The Winter Soldier debuted with $95.02 million last weekend (Apr. 4-6) and in the process set a new April opening weekend record, which was previously held by 2011’s Fast Five with $86.2 million. The highly anticipated superhero sequel from Disney Entertainment and Marvel debuted in line with its pre-release expectations, which tended to range from $85 million-$100 million heading into the weekend. Captain America: The Winter Soldier delivered the largest opening weekend of 2014 so far, as it easily surpassed the $69.05 million start of The Lego Movie in February. It should also be noted that last weekend’s start for The Winter Soldier was likely deflated slightly by the semi-final games of the NCAA Final Four on Saturday. 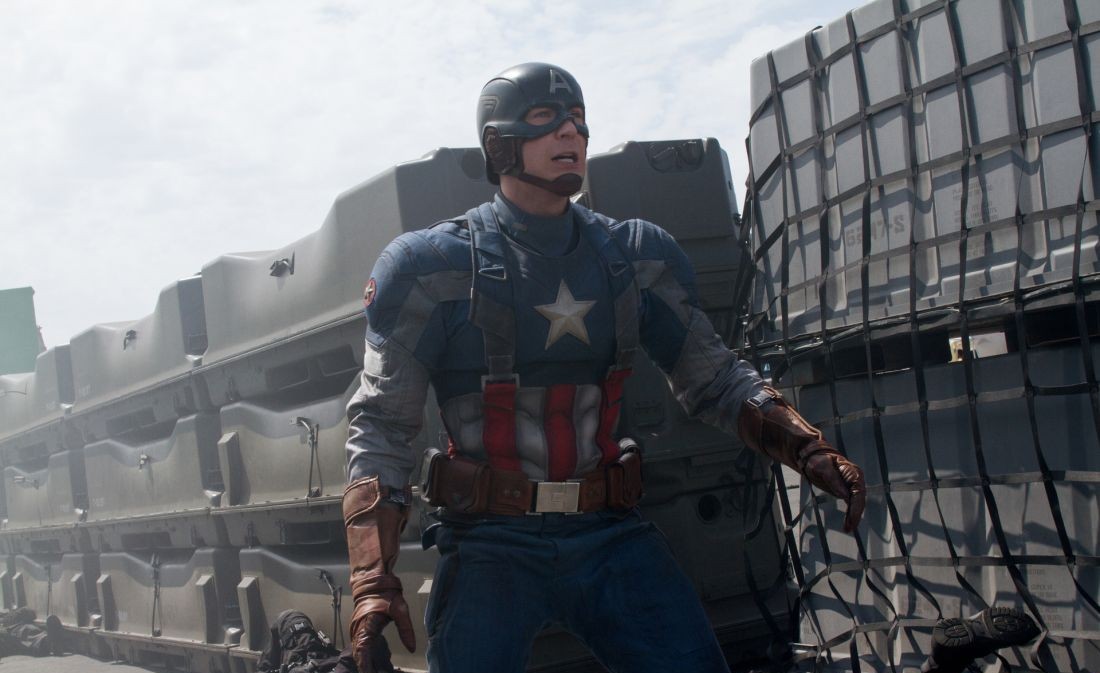 On Monday, Disney officially announced that it would be releasing Captain America 3 on May 6, 2016. As has been widely discussed, that is also the current release date for Warner Bros. Entertainment’s untitled Superman/Batman film.

On the heels of the previous weekend’s stronger than expected start, Paramount Pictures’ Noah held up poorer than expected last weekend with a second place take of $17.05 million. The Darren Aronofsky directed biblical epic starring Russell Crowe was down 61 percent. Clearly, moviegoers rushed out to see Noah before Captain America: The Winter Soldier arrived on the scene, while mixed word of mouth for Noah among moviegoers also appears to have taken a toll last weekend. With that said, Noah has taken in a very solid $72.39 million in 10 days and could still stabilize next weekend with the debut of The Winter Soldier now out of the way.

Holding up significantly better was Lionsgate Entertainment’s Divergent, which was down 49 percent to place in third with $12.98 million. The young adult adaptation starring Shailene Woodley continues to display relatively strong holding power and has now grossed $114.01 million in 17 days thanks in part to that holding power.

God’s Not Dead continued to hold up extremely well upon expanding further last weekend with a fourth place take of $7.76 million. The faith-based drama from Freestyle and Pure Flix was down 12 percent from the previous weekend. God’s Not Dead continues to cement its standing as one of the biggest surprises of 2014 thus far with a 17-day take of $32.56 million.

Muppets Most Wanted rounded out the weekend’s top five with $6.15 million. The latest Muppets film from Disney was down 46 percent. Muppets Most Wanted surpassed the $40 million mark last weekend and has grossed an underwhelming $42.00 million through 17 days of release.

Fox Searchlight’s The Grand Budapest Hotel followed closely behind in sixth with $6.12 million. Upon expanding into additional locations last weekend, the Wes Anderson directed film fell 28 percent from the previous weekend. With a 31-day take of $33.196 million.

Mr. Peabody & Sherman placed in seventh with $5.13 million. In the process, the 3D computer animated film from 20th Century Fox and DreamWorks Animation surpassed the $100 million domestic mark last weekend. Mr. Peabody & Sherman has grossed a respectable $102.03 million in 31 days, but is likely to take a significant hit from the release of fellow Fox computer animated film Rio 2 this coming Friday.