Inspired by her once-homeless grandmother’s hard work and devotion to community service and her battered mother, Brittany Amano, 16, a sophomore from Honolulu, was named the Emerging Young Leader at Running Start’s eighth annual Women to Watch Awards Wednesday evening at the Hyatt Regency Capitol Hill.

Running Start’s mission is to inspire young women to step up and become leaders in the political arena. 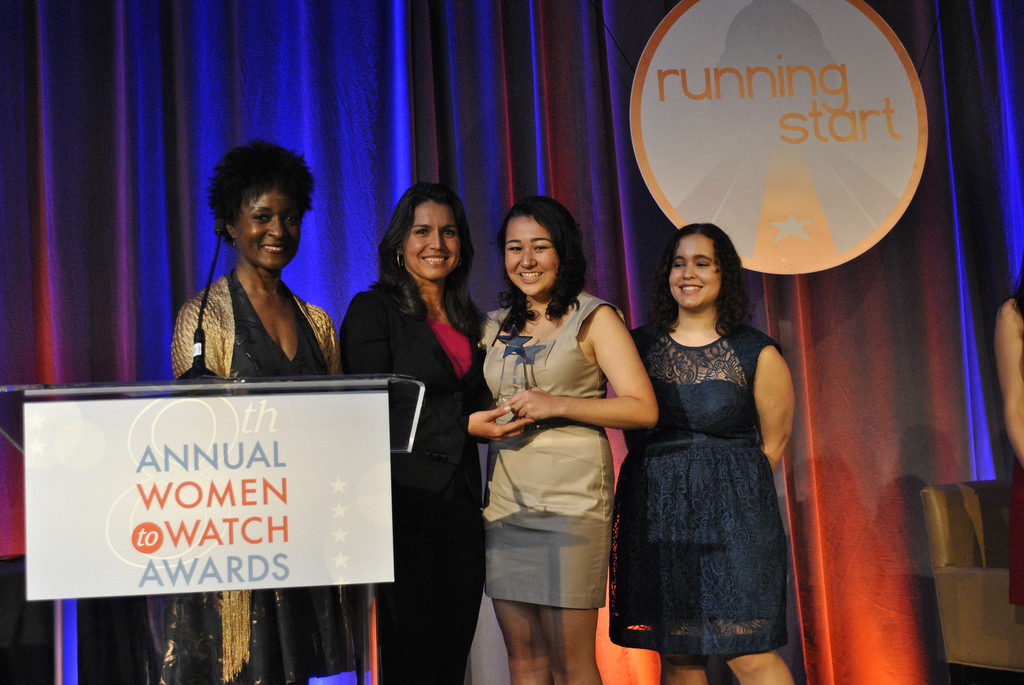 Rep. Tulsi Gabbard, D-Hawaii, presented Amano with her award. “Brittany has created significant positive change before she even has a high school diploma in hand,” Gabbard said. “Brittany is a perfect example that you are never too young to raise your hand to serve and have an impact. She is absolutely deserving of the Emerging Young Lead Award and is a great representative of the kind of talent and leadership Hawaii offers. I expect great things from Brittany in her very bright future.”

Amano was one of five finalists from almost 300 young women between 14 and 25 years old with demonstrated leadership ability and a passion to change the world. Running Start staff narrowed the nominations to the 10 semifinalists. Then more than 4,500 people voted to choose the winner.

Amano is a junior at Iolani School and the CEO of two non-profit organizations. She has worked with nonprofit organizations since the age of nine and at 12 started Hawaii’s Future Isn’t Hungry, which helps feed the homeless and provide supplies, technology tools and Christmas presents for children living in low income housing. To date, Hawaii’s Future Isn’t Hungry has raised $609,000. Last year, she started Teens Stopping Domestic Violence, which advocates against domestic violence and teaches teens and adults the early signs domestic abuse of they can prevent it. Plans are to start libraries in domestic violence shelters and to collect clothes, toiletries and other necessities for residents. Eventually, she’d like to have a branch in every state. 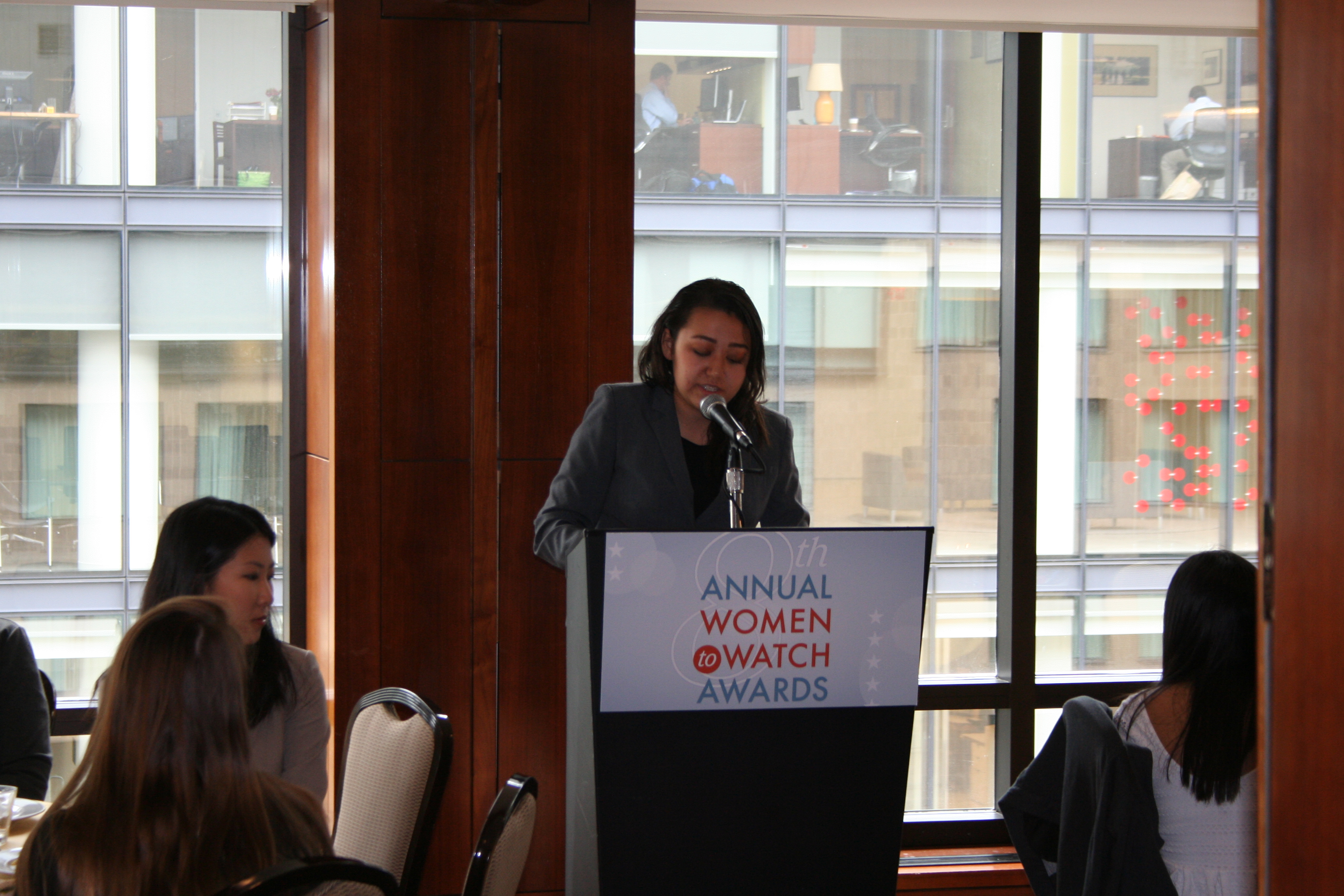 “My past experiences have motivated me to start two nonprofits,” Amano said during a luncheon Wednesday. “I started Hawaii’s Future Isn’t Hungry after my grandmother became homeless and Teens Stopping Domestic Violence after seeing my mom being abused and after she took my sister and I to a domestic violence shelter.”

She is a member of the YWCA Young Women’s Network Board, the National No Bull Youth Advisory Council and the Hawaii Meth Project Teen Advisory Council. Last year, as part of the Prudential Spirit of Community Awards, Amano came to D.C. and distributed four free books to each student in two elementary schools.

“Being multiracial also sets me apart. As a minority, a young woman, and someone coming from a family living below the poverty line, people might say that I face many challenges to become a leader,” Amano wrote in her application essay. “I see these as what empower me and make me unique. I have been determined to become a politician from a young age when late Sen. Daniel Inouye said that he saw it in me.”

Amano has met former Secretary of State Condoleezza Rice and will be back in D.C. in a few weeks at a conference with Secretary of Education Arne Duncan.

Also during the dinner, the 20 female U.S. senators were given the Trailblazer Award; Bettina Inclan, national coalitions director at the National Republican Congressional Committee, was given the Political Rising Star Award; Miss America 2014 Nina Davuluri was given the Making History Award for being the first Indian American Miss American; and Jennifer Hunt, one of the plaintiffs in the lawsuit that helped women gain the right to serve in combat roles, was given the Role Model Award.