Born’s “Yume Was Masayune” or “Dreams Come True” is the Cristal of sake. Many Japanese celebrities choose it to celebrate their achievements. It sells for about $275 a bottle. Now you can sample it yourself at the National Cherry Blossom Festival’s Grand Sake Tasting. 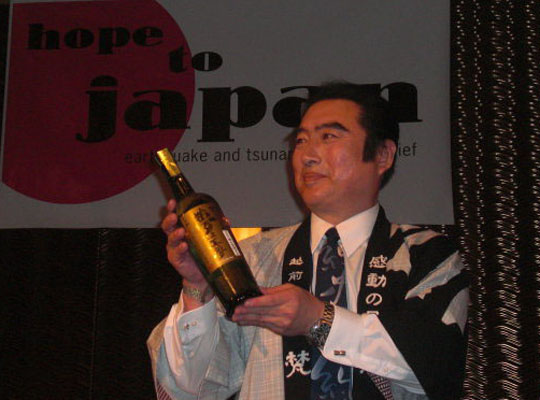 Japanese Prime Minister Shinzō Abe recently gave a bottle of the sake, which is aged at 17 degrees Fahrenheit for five years, to President Obama as a gift. In Japan, Born sake is served at banquets welcoming state guests and is the official sake for important national functions. Born is also the official sake served on board the Japanese government’s aircraft similar to Air Force One used by the Emperor and Prime Minister similar.

Nineteen master sake, shochu and beer brewers from Japan will be on hand at the Carnegie Library, 801 K St. NW at Mount Vernon Square on Thursday to let guests sample their craft. The prestigious sakes are in the top 1 percent of those produced, and some are not normally available in the U.S. Kubota Sake’s Esshu “Sakura Biyori” Gingo was produced specially for the festival.

Sake, an alcoholic beverage made from fermented rice, has often been referred to as rice wine, but the brewing process is similar to beer in which starch gets converted to sugar for the fermentation process. Shochu is a traditional spirit that’s produced mainly in Southern Japan. It’s typically distilled from barley, sweet potatoes, buckwheat or rice, and can contain other ingredients such as sesame seeds or carrots. 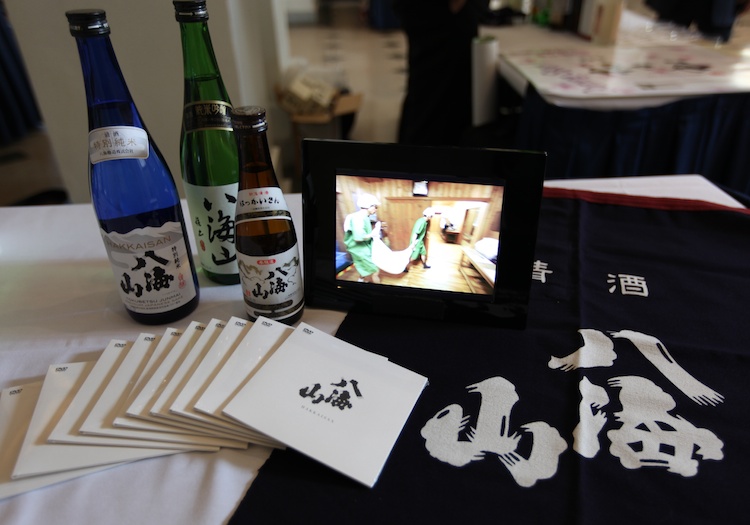 Washington-area Japanese restaurants will also be on hand with Japanese small bites to compliment the beverages and traditional Japanese performers will entertain.

Tasters who find something they like will have the opportunity to bid on bottles of sake, beer and shochu to take home.