Spring is technically here, but it’s hard to tell with snow last Wednesday and a record cold of 15 degrees Fahrenheit Thursday morning. But temperatures are supposed to be in the low to mid-50s Saturday and Sunday. However, rain is predicted for Saturday and showers on Sunday That may mean a washout for the annual Cherry Blossom Kite Festival Saturday (with a rain date of Sunday). But don’t fret, if the weather doesn’t cooperate, there’s plenty to do inside this weekend including Lily Tomlin at Strathmore tonight, Shrek the Musical dinner theater in Columbia on Saturday and Sunday, and a free movie and Turkish food at the Freer Gallery on Sunday.

In celebration of the cherry blossoms and the visitors they bring, Metro has suspended weekend track maintenance through Apr. 13. Trains will run at regular weekend intervals of every 6-12 minutes during daytime hours. In addition, Metro will run more 8-car trains than normal to provide additional capacity. Eight-car trains are the longest possible on the Metrorail system. 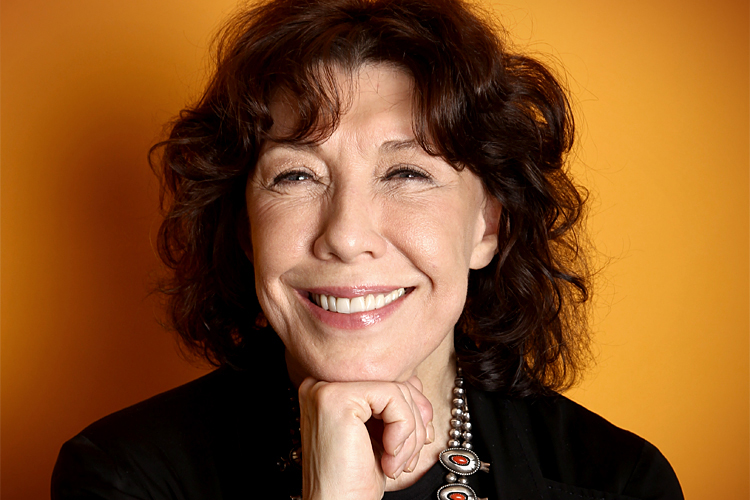 Actress and comedienne Lily Tomlin will have the audience rolling in the aisles as she revisits her timeless characters, from Ernestine and Sister Boogie Woman to Mrs. Beasley and Edith Ann. One of America’s foremost comediennes, Tomlin has starred in television, theater and motion pictures. Over her more than 40-year career, Tomlin has received two Tonys, two Peabodys, six Emmys, a Grammy, the Drama Desk and Outer Critics Circle awards, and the Mark Twain Prize for American humor. She recently made headlines for marrying her longtime creative partner Jane Wagner on New Year’s Eve 2013. 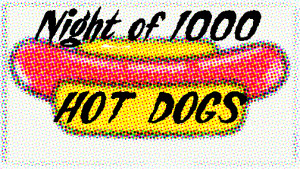 Ceramic hamburgers are so 2013! Join your fellow gourmands and art lovers for Art Enables‘ Spring event with music, art, circus acts and hotdogs…lots and lots of hotdogs! Art Enables gives people with developmental disabilities the opportunity to express themselves in images rather than in words with more than 30 artists whose disabilities include but are not limited to Down syndrome, autism, traumatic brain injury, bipolar disorder. Their ages range from 21 to 78. Artists earn 60 percent of revenue from sales of their artwork.

Stayin’ Alive: One Night of the Bee Gees

If you love the Bee Gees, but always thought the music of Saturday Night Fever would sound better with an orchestra, this show by the Baltimore Symphony Orchestra and tribute band Stayin’ Alive will be like too much heaven. Boasting nine Grammys and more than 200 million records sold, the harmony of The Bee Gees has strutted across five decades. Join the BSO for Stayin’ Alive, a tribute featuring every Saturday Night Fever smash, performed live in concert!

Bring It On: The Musical 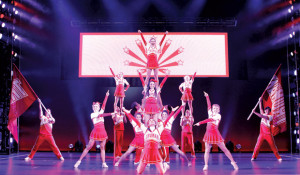 Bring It On: The Musical comes to Strathmore for two shows Saturday. (Photo: Clint Tuccio)

Bitingly relevant and sprinkled with sass, this Tony-nominated Broadway musical takes you on a high-flying journey through friendship, forgiveness and determination, set in the extreme competition of high school cheerleading. With book and lyrics by the creators of Avenue Q and In the Heights, Bring it On snaps with wit and dazzles. 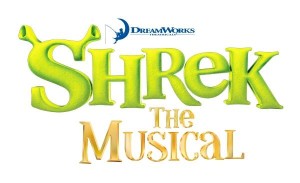 In a faraway kingdom an unseemly ogre shows up to rescue a feisty princess. Add a donkey who won’t shut up, a villain with a short temper, a gingerbread man with an attitude and over a dozen other fairy tale misfits, and you’ve got the kind of mess that calls for a real hero! Shrek the Musical is the hilarious story of everyone’s favorite ogre brought to life on stage and set to music.

EDITOR’S NOTE: Due to inclement weather, the Kite Festival has been moved from Saturday to Sunday!

Spring is in the air. The fourth annual Blossom Kite Festival presented by the National Cherry Blossom Festival showcases the creativity of kite makers and skill of kite fliers from across the U.S. and other countries through a variety of competitions and demonstrations including the popular Hot Tricks Showdown and the Rokkaku Battle. Bring your own kites or children can make a kite at an activity station to fly on the Public Field. The Blossom Kite Festival includes 5 areas to enjoy: the Competition & Demonstration Field, Family Field, Kite Club Display Area, Activity Tents and Public Field. See the link above for the full schedule.

Food and Film at the Freer

View Once Upon a Time in Anatolia, an award-winning film by one of Turkey’s most acclaimed directors, presented in conjunction with the Sackler exhibition In Focus: Ara Güler’s Anatolia. This mesmerizing drama won the grand prize at the 2011 Cannes Film Festival. A group of men, including a police commissioner, prosecutor, doctor and suspected murderer, drive through the night in search of the alleged victim’s body. The suspect, who claims to have been drunk when the crime occurred, says he can’t remember where he buried it. As the search drags on through the rolling hills of the Anatolian countryside, the investigators’ own secrets begin to come to light. In Turkish with English subtitles. Before the screening, sample an array of Turkish food and drink with snacks from the Turkish Culture and Tourism Office/Embassy of Turkey. 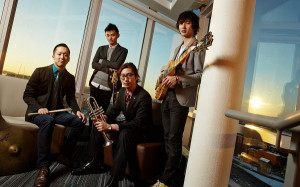 Born in 1991, Mao Sone started performing and composing under his father’s guidance at the age of 10. In 2009, he performed with the renowned jazz trio in Japan, WE3, with Norio Maeda, Yasuo Arakawa and Takeshi Inomata, then recorded the collaborative album The Legends of Jazz Trio Meets Mao. In 2010, Mao was granted a full scholarship to attend Boston’s Berklee College of Music. In 2013, he joined the Berklee Global Jazz Institute. Mao and the Mao Sone Quartet performed with Kaori Kobayashi at this year’s National Cherry Blossom Festival opening ceremony. 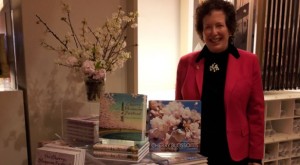 Author Ann McClellan, a renowned expert on the 1912 gift of cherry trees from the city of Tokyo to Washington, D.C. and the author of two books on the subject, lectures on the history of the gift. She will sign copies of her books from 11:30-noon with the lecture starting at noon.