Colorectal Cancer Down 30% in Decade

Among cancers that affect both men and women, colorectal cancer (cancer of the colon or rectum) is the second leading cause of cancer deaths in the U.S. Every year, about 140,000 Americans are diagnosed with colorectal cancer, and more than 50,000 people die from it, according to the Centers for Disease Control and Prevention (CDC). But there is good news in a sturdy released on Monday. 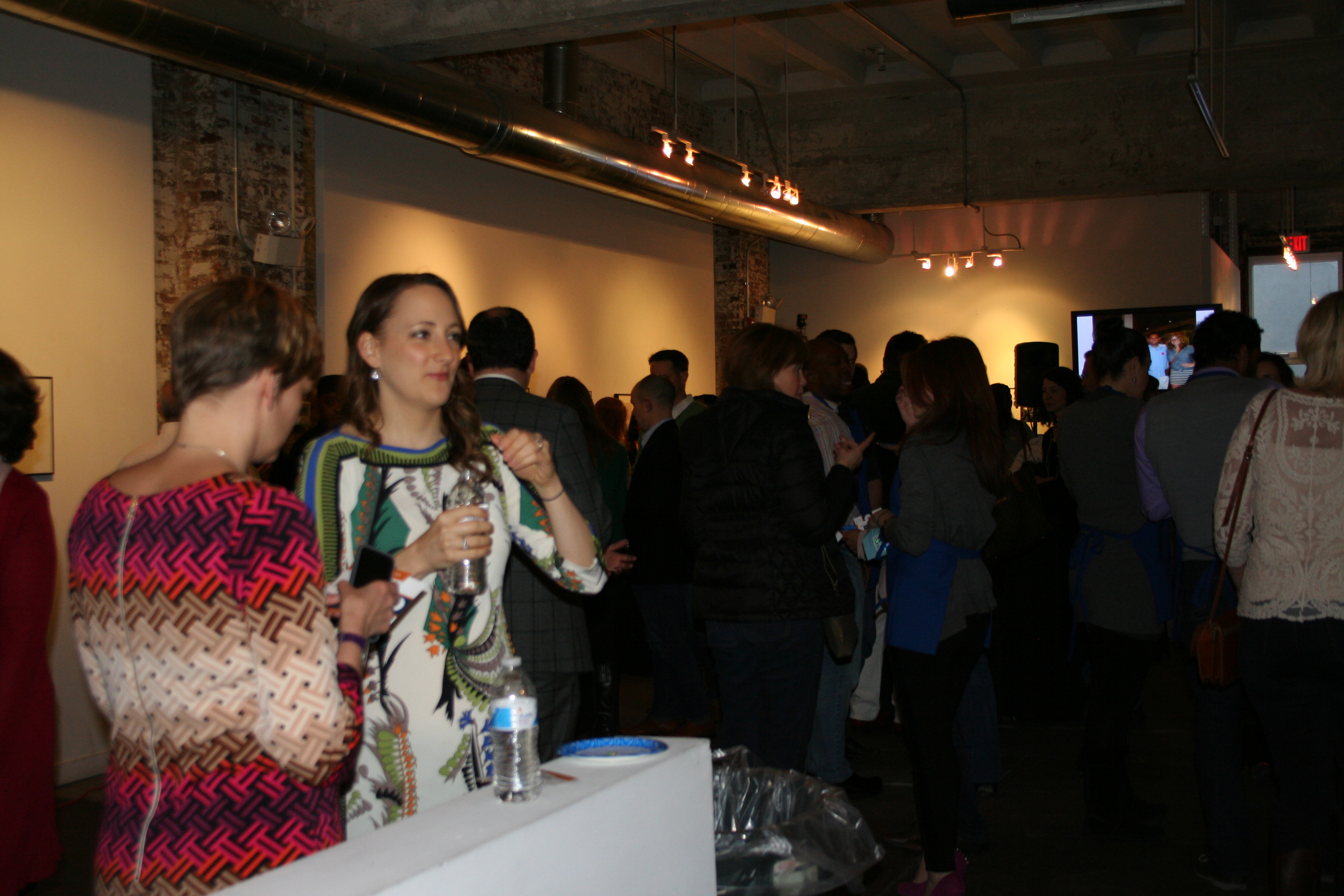 About 200 guests passed up green beer on St. Patrick’s Day to help raise funds for colon cancer research, to support colon cancer patients and their caregivers, and to increase colon cancer awareness.

At Eat4Life, chefs Victoria Alt of Lavagna in Barracks Row; Carlos Gonzalez from Pinstripes bowling-bocce-bistro in Georgetown; Allan Javery of Copperwood Tavern in Shirlington; Frederik de Pue from Table in Shaw; Scott Drewno from The Source by Wolfgang Puck at the Newseum were given a list of colon- and cancer-friendly foods. They had to come up with a dish based on the list providing guests healthy meal options. 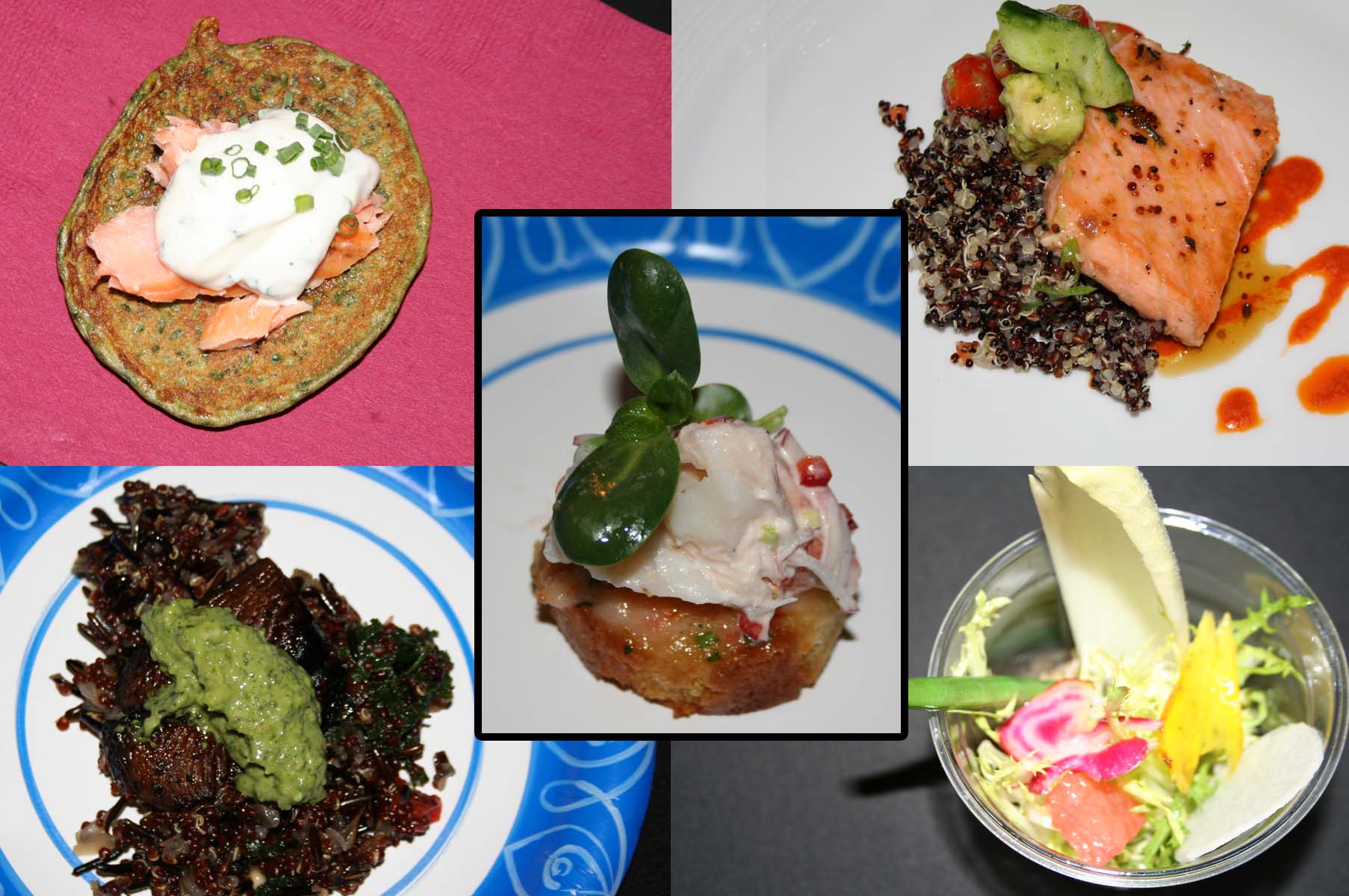 Each chef had a station where they served their dish and discussed their dish and restaurant. Alt served house-smoked salmon on a Swiss chard pancake with herb lemon yogurt. Gonzalez dished out maple glazed salmon with agave nectar, fresh cherry tomatoes and cucumbers over quinoa with cranberries. Javery made red quinoa pilaf with grilled portabella mushroom and pumpkin seed pesto. De Pue tossed up a crudité salad with arugula and baby spinach with raw Belgian endive, red and yellow beets, turnips, green beans and carrots with a caviar of eggplant and black truffles with lemon juice, extra virgin olive oil and black pepper. And Drewno came up with lobster toast, his riff on shrimp toast, with lobster, broccoli and chili peppers on a grilled pancake.

Colon-friendly foods are high in dietary fiber and contain calcium such are best along with foods with Vitamin D, non-starchy vegetables and foods with selenium. Those include salmon and other fish; lean poultry; dark green, leafy vegetables such as kale, spinach, Boston lettuce, romaine lettuce and endive; beans and legumes; asparagus; broccoli; okra; mushrooms; oranges; barley; brown rice; and bran.

The rate of colon cancer has fallen 30 percent in the past decade for Americans over 50 thanks to a tripled rate of colonoscopies, according to a report published Monday in CA: A Cancer Journal of Clinicians. The study shows the correlation between increased screenings and the falling rates of colon cancer. Colon cancer deaths have fallen 3 percent over those same 10 years.

“This is one of the great public health success stories of the decade,” said Richard Wender, chief cancer control officer at the American Cancer Society, whose researchers wrote the report.

The researchers said screening rates have climbed in recent years. The number of Americans aged 50 to 64 who have had a colonoscopy — which allows doctors to detect and remove polyps before they become malignant — has almost tripled from 19 percent in 2000 to 55 percent in 2010. Colonoscopies in those 65 and over rose from 55 percent in 2000 to 64 percent in 2010, according to the report. To further reduce colon cancer cases and deaths, the American Cancer Society has set a goal of screening 80 percent of eligible people by 2018. Colon screenings are now free under the Affordable Care Act.

But, the reports contain other troubling news about colorectal cancer too. The risk of the disease among blacks is 25 percent higher than among whites and 50 percent higher than among Asian-Americans. Experts attribute the differences to genetics and socioeconomic factors, which can significantly reduce access to screening.
In addition, during the past decade colorectal cancer has risen by 1.1 percent a year in people under 50. The report cites rising obesity rates and poor eating habits — two risk factors for colorectal cancer — as possible explanations for that increase among younger adults. 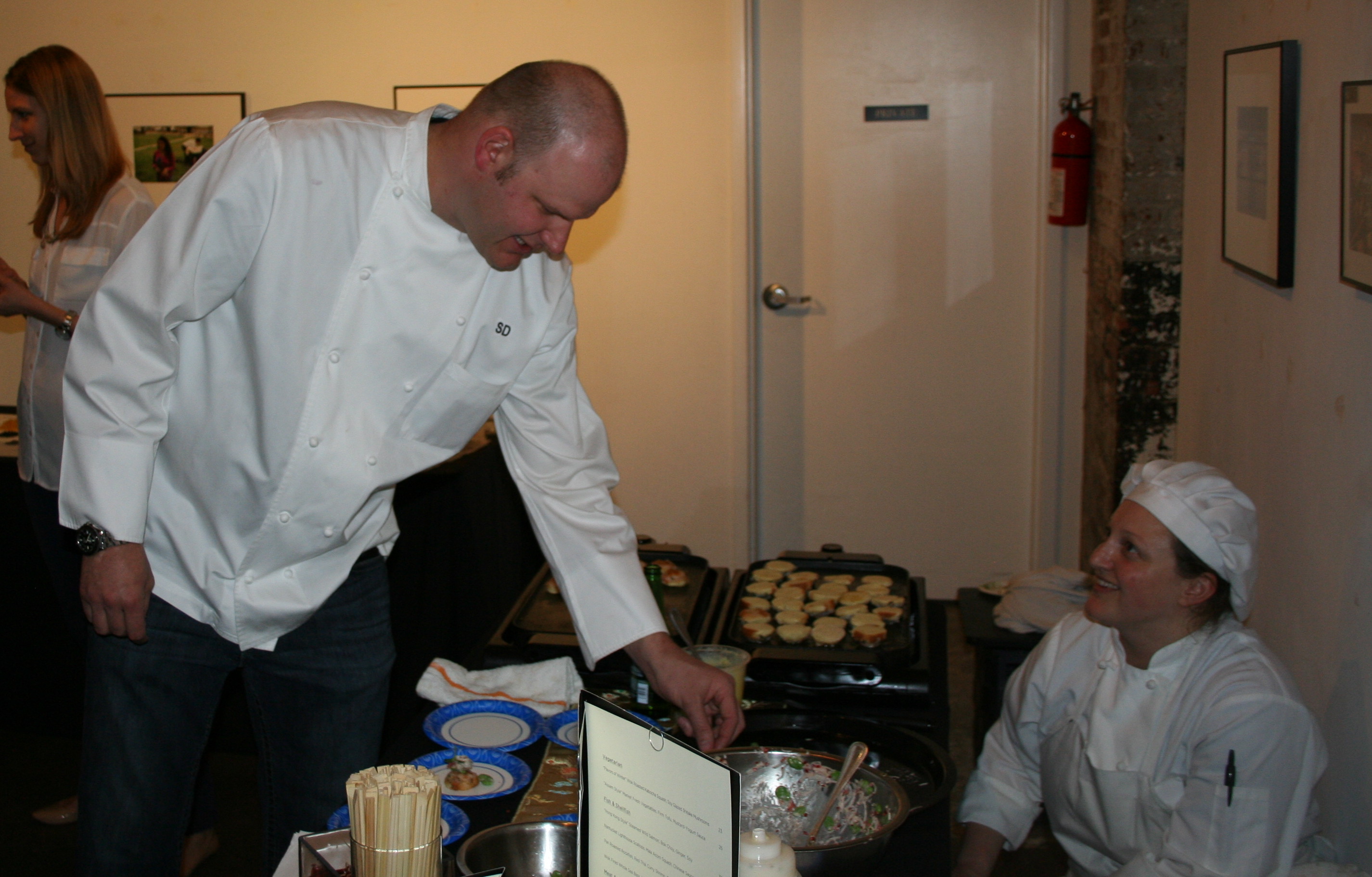 Scott Drewno, executive chef at The Source by Wolfwang Puck, had the best tasting dish with his lobster toast according to diners. (Photo: Mark Heckathorn/DC on Heels)

And the winner is…

Drewno’s dish was the crowd’s favorite for taste for the second year in a row. Gonzalez took first place for healthiest meal option voted by the guests.

“A high-fiber diet is really important,” Drewno told DC on Heels. With an Asian fusion menu, “we have so much produce on the menu. Stir-fry is healthy and tastes great.”

Gonzalez said Pinstripes offers several colon-friendly items including gluten-free pasta and pizza, local vegetables including kale and spinach, rice flour, buckwheat waffles on the brunch menu and other items that can be made colon-friendly like using aguave instead of refined sugar.