Alero opened in Columbia Heights in the former Rumberos space back in 2010. Alero’s U Street, Cleveland Park and Dupont locations remain open.

El Tio, according to its website, has other locations in Falls Church, McLean and Gainesville. Although El Tio opened its Columbia Heights location in February, the restaurant still only has a banner hanging out front and hasn’t been added to the local chain’s website.

Other than the banner hanging over the old Alero sign, not much has changed. The restaurant is still loud and the décor a bit odd for a Mexican restaurant – why is there a floor to ceiling cherub in the back dining room? Even many of the staff are the same.

But they do have a new menu. Now, this is no four-star restaurant. It isn’t even authentic Mexican food. Think more of a Chi Chi’s than Rosa Mexicano or even Uncle Julio’s. And the food can be hit to miss. 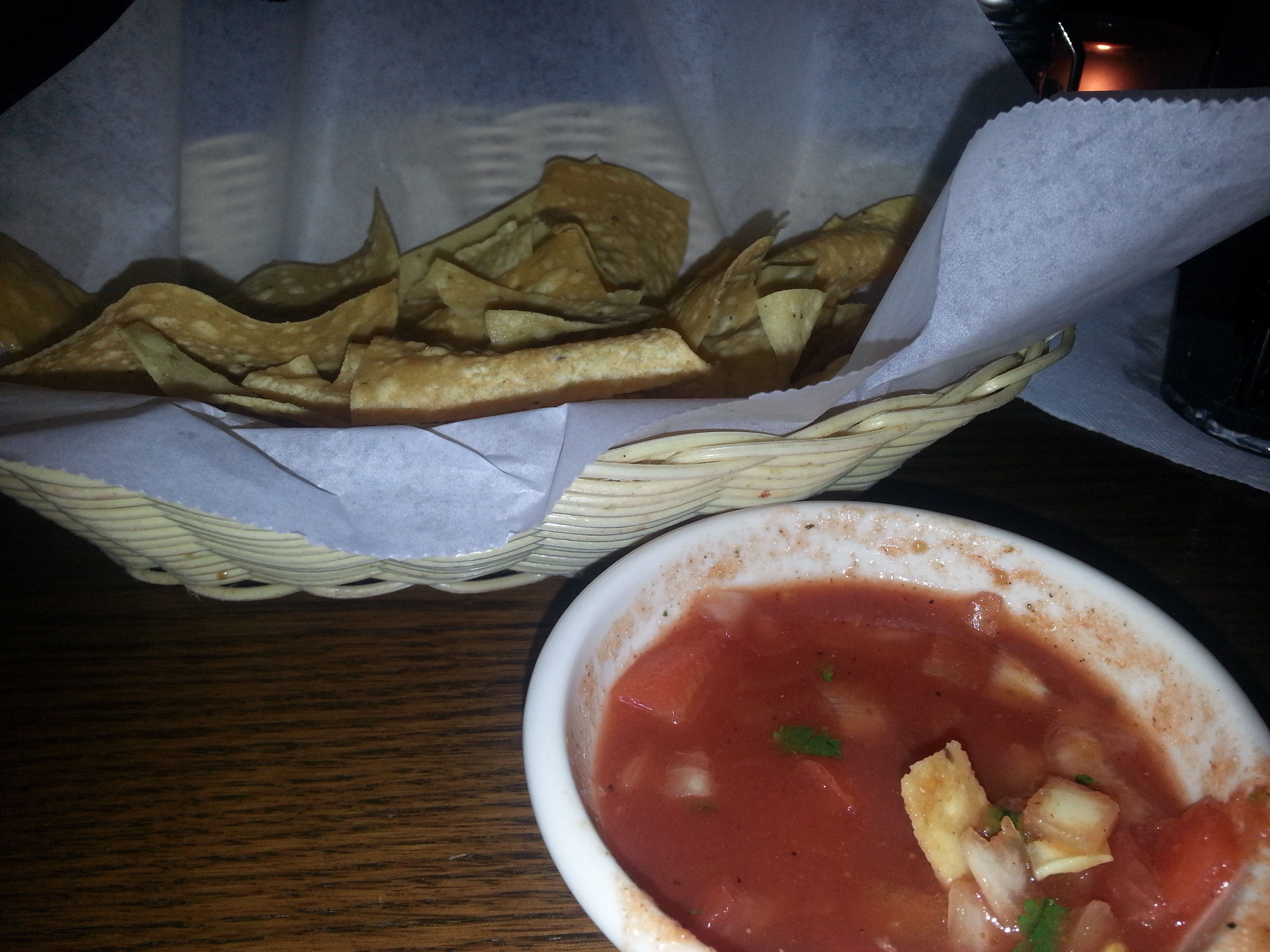 On a recent visit, I started with the complimentary chips and salsa. The tortilla chips were store bought and the salsa was more like watery pico de gallo with not much flavor Also, it wasn’t spicy enough for me, but it should be fine for those who prefer their salsa on the mild side rather than medium or hot. 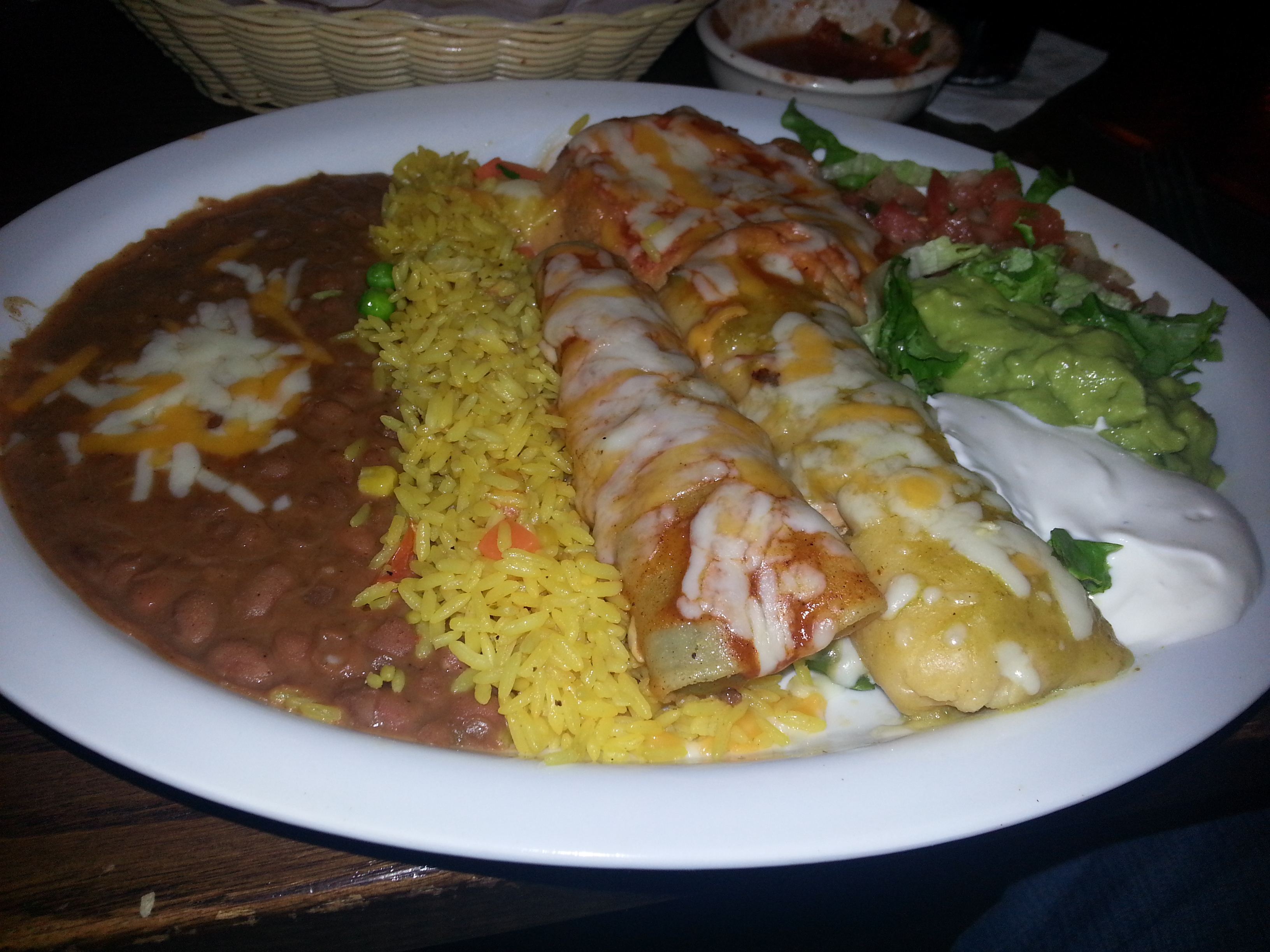 The chicken tamal was terrible with just a little chicken and a lot of masa – cornmeal. I had to dig through it to find the chicken and the masa was doughy. The chile relleno, however, was excellent. Chile rellanos are roasted poblano peppers stuffed with Monterrey Jack cheese, dipped in egg batter and fried. Poblanos are mild chile peppers. The beef enchilada was also tasty and covered in melted cheese. Next time, I’d just order the chile rellano platter with two stuffed peppers.

The beans weren’t refried, but actually charro beans, which I’m not fond of. The guacamole was tasty and “fresh” according to the menu, although I’m a bit suspicious since it was too smooth for housemade. If you do go, make sure to get some of the hot sauce, which was delicious! It came in a plastic cup, so I couldn’t tell if it was housemade or bought, but it was tasty and I ate it on by my tamale and enchilada. 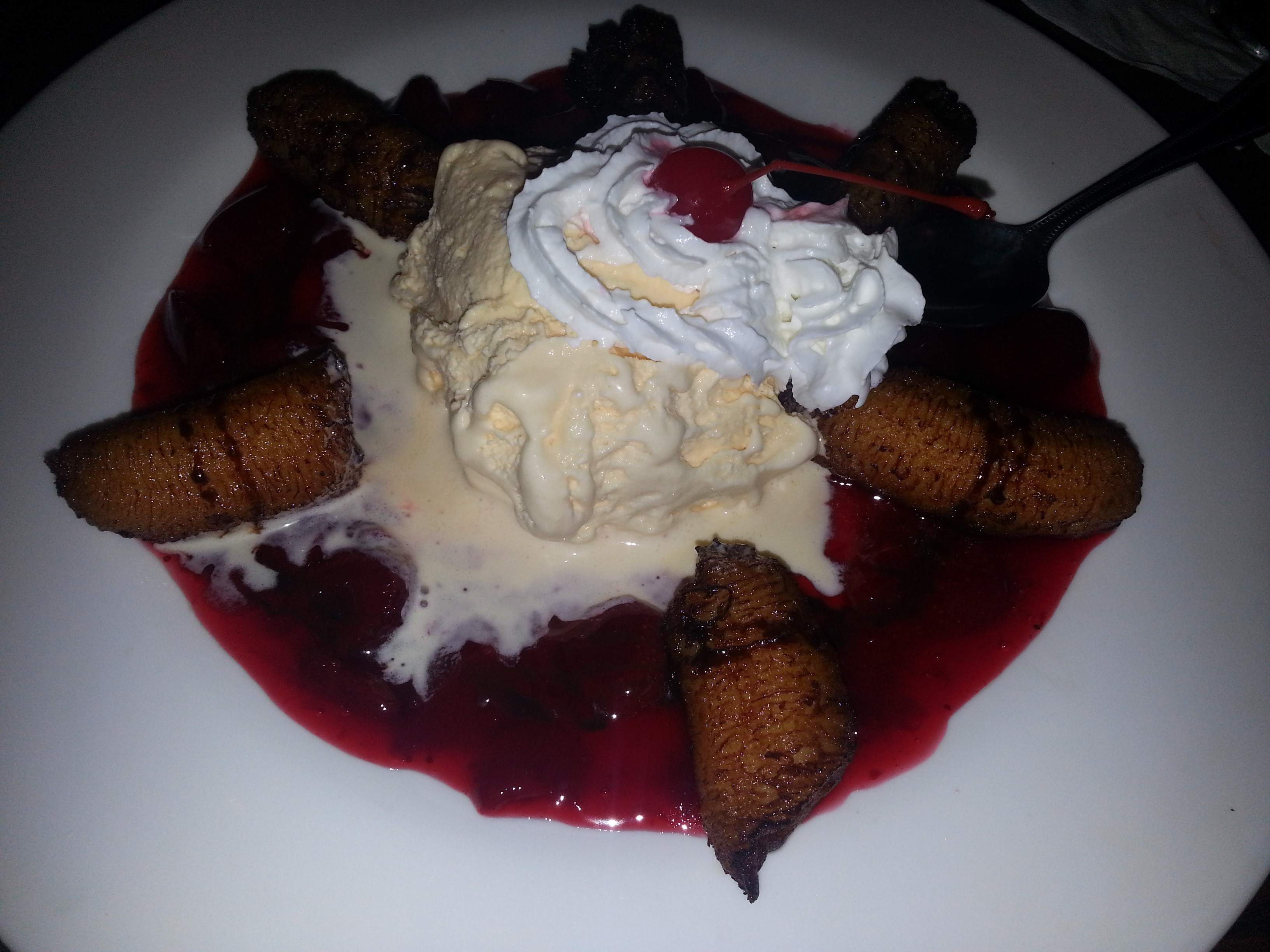 For dessert, I debated between the fried ice cream and the fried bananas. On the advice of my server, I went with the bananas and was disappointed. It was described as sweet bananas with strawberries (sic) sauce and vanilla ice cream. The two bananas cut in threes tasted like whatever the cooks used to fry them in with an odd after taste and not sweet bananas. And the strawberry sauce tasted like it came out of a can from Dairy Queen and not fresh strawberries Also, the ice cream had ice cream crystals in it.

Overall, El Tio Tex-Mex Restaurant was adequate for the price and the servers were excellent. The servers kept my drink refilled before it was even empty (and not just my server, but any passing by) and plates cleared. The restaurant is open from 11 a.m.-10 p.m. Sunday-Thursday and 11 a.m.-11 p.m. on Friday and Saturday.