Lordes Tickets Gone, but There’s More to Do

Finally, the DMV is supposed to get a break from the cold and snow this weekend with temperatures in the 50s. It will be the perfect weekend to shake off the cabin fever and get out of the house. The 17-year-old Lordes, whose Royales won a Grammy for Song of the Year, will be at the Echostage at 2135 Queens Chapel Road NE tonight, but if you don’t already have tickets, you won’t be going since the show is sold out. Be there’s plenty of other events to fill your weekend.

If you’ll be traveling by Metro, leave extra time for rail work. The Metro Center station will be closed. Red, Orange and Blue line trains will not stop at it, but will pass through it as crews work as workers install new, brighter lighting and signs in preparation for the Silver line. Trains on the Red, Yellow and Green lines will operate at regular weekend intervals, except at Greenbelt Station on Saturday only when every other train will end at Greenbelt.. Orange and Blue line trains will operate every 20 minutes. Don’t forget, if you are out celebrating Saturday night, daylight savings time begins at 2 a.m EST. Sunday morning, so clocks jump ahead an hour to 3 a.m. EDT and Metro closes. Riders should expect the last trains of the evening to move through stations between 1 a.m. and 2 a.m. EST (old time).

The Washington Ballet presents British Invasion: The Beatles & The Rolling Stones. When The Beatles and The Rolling Stones invaded America back in the 1960s, rock ‘n roll changed forever. Relive this revolution through three works: A Day in the Life, an energetic, visual and emotional journey set to classic Beatles tunes; There Where She Loved choreographed by Brit Christopher Wheeldon, a mix of classical ballet with contemporary choreography utilizing pointe work and technique in creative ways; and Rooster set to the sound of the Rolling Stones with poignant lyrics, hard-driving guitar licks and strutting dance, it is the penultimate “battle of the sexes.” 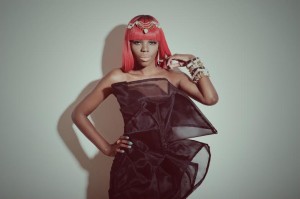 Strathmore’s Friday Night Eclectic, the art center’s indie concert series kicks of its 2014 season of local bands, CD release parties, gallery shows, performance art, beer and chandeliers with Rye Rye. This daughter of Baltimore and scion of M.I.A. has toured with Robyn, Katy Perry, LMFAO and more. After taking the stage with Scissor Sisters at the 9:30 Club last year, Rye Rye is back, solo, to perform material from her debut material Go! Pop! Bang!, bringing an original mix of Baltimore Club, palate-pleasing pop and dazzling performance energy. Future FNE performances include Julia Brown with Us and Us Only on Mar. 14; genre-bending hip-hop artist Stone Kawala on Mar. 21; Euro-pop artists Nils Frahm and Douglas Dare on Mar. 28;synthpop group Ploy with hip-hop duo Beyond Modern on Apr. 4; and a rock showcase featuring Atomic Mosquitoes, The Yachtsmen and Tru Fax and the Insaniacs on Apr. 11. 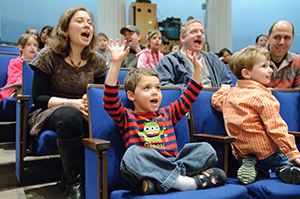 During the Corcoran Art Gallery’s Family Day, you can escape to Paris, New York and the Wild West without leaving D.C.! Families will experience these destinations through live performances, in gallery activities and hands-on art workshops. Featuring special performances by My Grandfather’s Circus by Zany Umbrella Circus and a masquarde salon by Project Entertainment, this celebration will highlight some of the D.C. area’s best art, dance and music. This adventure is inspired by the exhibition American Journeys: Visions of Place. 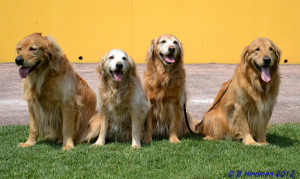 A family and dog-friendly event, the 3rd annual Maryland Dog Fest includes an agility course, canine demonstrations, weight pulling and exhibits in training. If watching amazing K-9 athletes soar through the air for flying discs sounds exciting, don’t miss the Jersey Devil Dogs. The High Flying K9 Act are sure to please any crowd with a performance experience unlike any other. Vendors specializing in canine apparel, grooming, pet sitting, healthcare, food, dog supplies and services, and more will be on hand. There will also be dog and owner look alike contests, a dogs got talent competition, a doggy fashion show, dog Olympics, training seminars and a costume contest. If you don’t have a dog, don’t worry! Nearly two dozen rescue, shelter and adoption groups will be on hand in the Adoption Zone to help you add new member to your family. 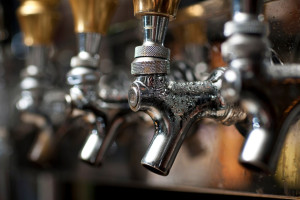 For you beer lovers out there, there’s two events on Saturday. At the D.C. Craft Beer Festival, a ticket gets you a 2-ounce tasting glass and unlimited tastings of 150 craft brews. There are also free seminars and food will be for sale. The 10th annual Brewer’s Ball benefiting the Cystic Fibrosis Foundation offers attendees the chance to sample brews from 30 area craft beer breweries and food from 20 area restaurants.

The Brewer’s Balls: Mar. 8 from 7 p.m.-midnight at the National Building Museum, 401 F St. NW. If you want to go, you better have already bought your tickets because it is sold out! 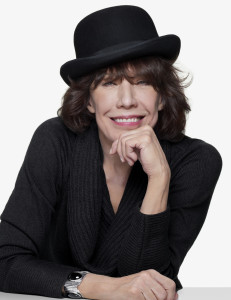 Actress and comedienne Lily Tomlin will have the audience rolling in the aisles at the Music Center at Strathmore as she revisits her timeless characters, from Ernestine and Sister Boogie Woman to Mrs. Beasley and Edith Ann, on Mar. 28 at 8 p.m. . Over her more than 40-year career, Tomlin has received two Tonys, two Peabodys, six Emmys, a Grammy, the Drama Desk and Outer Critics Circle awards, and the Mark Twain Prize for American humor. She recently made headlines for marrying her longtime creative partner Jane Wagner on New Year’s Eve 2013. Tickets range from $27-$81.