And the Oscar Goes to…

This weekend is the Super Bowl of the movies and Academy Awards viewing parties are popping up all over the DMV. But competing with the movies is Michael Bolton, who performs at the Strathmore Sunday night. In between there is something for everyone including the U.S. Botanic Garden’s annual orchid show, a model train show and comedy shows.

Remember to leave extra time if you are heading out this weekend using Metrorail. This weekend, there is work on all lines. Yellow Line trains will operate on a regular weekend schedule between Huntington and Mount Vernon Square only. Trains on the Orange, Blue and Green lines will operate every 20 minutes. Red Line trains will run every 16 minutes between Shady Grove and Glenmont, with additional trains providing service every 10 minutes from 9 a.m.-9 p.m. between Judiciary Square and Shady Grove. 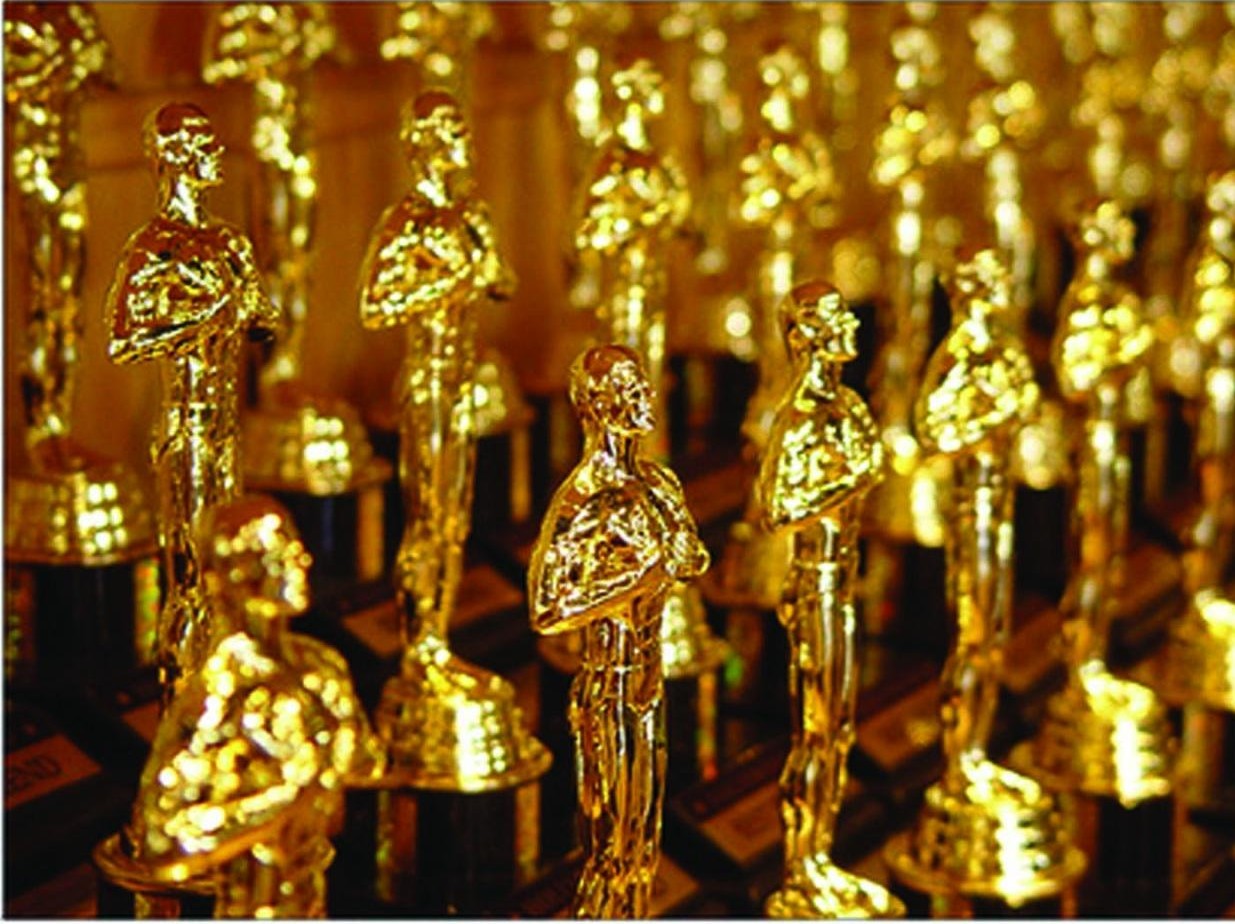 You can watch the Academy Awards Sunday on big screens while you drink and eat. Some are offering attendees prizes to take home just like the actors. Here is a partial list:

Commissary DC, 1443 P St. NW from 4-11 p.m. with the viewing party kicking off with an extended Red Carpet Happy Hour from 4-8 p.m. featuring Oscar-themed cocktails such as Rosalyn’s Nail Polish (American Hustle) or the Wolfberry Mojito (The Wolf of Wall Street), the red carpet arrivals will show on a full wall projector followed by the awards at 8 p.m. Guests will receive a complimentary Oscar cocktail and can eat at the popcorn bar, featuring five different gourmet flavors such as Cinnamon Bun and Siracha. Oscar inspired food specials will be offered all night. Anyone who makes a reservation can stop by Commissary and pick-up an official Commissary Oscar ballot to be turned in at the party. Prizes such as Commissary gift cards and tickets to upcoming Studio Theatre shows will be awarded.

Snuggle with the Stars at the D.C. Shorts Film Festival’s viewing party at the U.S. Navy Memorial’s Burke Theatre, 701 Pennsylvania Ave. NW from 6-11 p.m. Billed as D.C.’s most relaxed Oscar party, guests are encouraged to come in their pajamas to watch the broadcast on a two-story screen. General admission is $25 and includes snacks, beer, wine and soft drinks. VIP admission is $50 and includes everything above plus pizza, specialty cocktails and a gift. Tickets are available here.

Glamour, Glitter and Gold is the D.C. Center for the LGBT Community’s viewing party at Town Danceboutique, 2009 8th St. NW, beginning at 7 p.m. General admission is $15 and VIP admission is $45 and includes VIP seating, swag bag, hors d’oeuvres and more. The event will feature a live DJ, Oscar viewing, VIP tables and an interactive Oscar game. The evening will feature a special performance by local drag act Team Peaches. Tickets are available here.

And the Winner Is… is the D.C. Film Society’s Oscar watching party at Arlington Cinema and Draft House, 2903 Columbia Pike, Arlington, beginning at 6:30 p.m. Watch the Oscars on the cinema screen. Local movie critics Bill Henry and Tim Gordon are the hosts. Entertainment throughout the nigh include Predict the Winners contest, trivia contests, giveaways and a silent auction. Tickets are $20 for non-members and guests, $15 for D.C. Film Society basic member and members of Women in Film and Video, and free for D.C. Film Society gold members. Tickets are available until 9 a.m. Sunday online here or at the door. 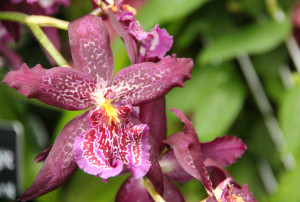 The U.S. Botanic Garden’s latest exhibit features orchids from around the world set among elaborate topiaries, musical fountains and even an orchid chandelier. Orchids form one of the largest plant families dating back to the Age of Dinosaurs. They are remarkable for the beauty and diversity of their blooms, the range of environments that they occupy and their unique relationships with their pollinating animals. On Saturday from 10:30 a.m.-noon, USBG volunteer Todd Brethauer will talk about the evolution, biogeography and ecology of orchids. Learn about how research methods are being used to better understand these plants and conserve them. 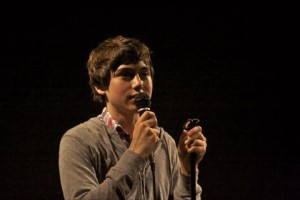 Cocktails for a Cause

Cocktails for a Cause is a night of Latin American music and signature cocktails for a cause benefiting We Will Survive Cancer, a organization that helps families touched by cancer. The full cover charge and a portion of the proceeds go to the organization. 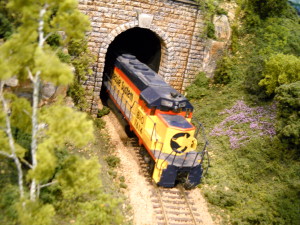 For the kids or kid in you, Greenburg’s Train and Toy Show rolls into town with operating miniature railroads featuring Washington & Old Dominion S Gaugers with a 26-by-34 foot S Gauge layout, Mead Area RailRoad Society with a 12-by-52 foot HO Scale layout and the Northern Virginia N-Trak with a 20-by-30 foot N Scale layout. Here will also be a riding train for kids and adults, an HO Scale human-powered train layout and interactive slot car racetrack. There will be workshops and demonstrations with more than 250 tables of trains for sale and more than 50 exhibitors. 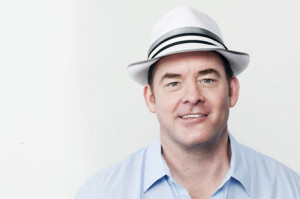 You may know him best as sportscaster Champ Kind in the Anchorman movies – he’s the one who shouts “Whammy!” – but Actor, writer and producer David Koechner, an alumnus of Chicago’s Second City Theater, is also an accomplished comedian. He got is first break as a cast member on Saturday Night Live and has appeared in more than 120 films and television shows including Todd Packer on The Office. He makes a rare stand-up visit to D.C. this weekend. 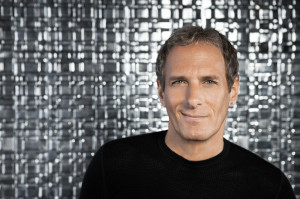 With multiple Grammy for Best Pop Male Vocalist and more than 53 million recordings sold, singer, songwriter, social activist and People magazine’s “Sexiest Man Alive” Michael Bolton seduces with his soulful voice and poignant lyrics. But this iconic star with the crooked grin isn’t just a pretty face – he’s got a four-octave range and a repertoire that spans from soft rock to Sinatra with a generous measure of Motown sound.

Strathmore’s Friday Night Electric, the art center’s indie concert series kicks of its 2014 season of local bands, CD release parties, gallery shows, performance art, beer and chandeliers on Mar. 7 with Rye Rye at 9 p.m. FNE’s immersive concert experiences bring a little bit of Animal House outside the Beltway with indie bands Julia Brown with Us and Us Only on Mar. 14; genre-bending hip-hop artist Stone Kawala on Mar. 21; Euro-pop artists Nils Frahm and Douglas Dare on Mar. 28;synthpop group Ploy with hip-hop duo Beyond Modern on Apr. 4; and a rock showcase featuring Atomic Mosquitoes, The Yachtsmen, and Tru Fax and the Insaniacs on Apr. 11. All performances are held in the Mansion at Strathmore, 10701 Rockville Pike, North Bestesda, beginning at 9 p.m. Performances are standing room only except Nils Frahm and Douglas Dare and cost $12-$15.