Set in 79 A.D., Pompeii tells the epic story of Milo (Kit Harington of Game of Thrones), a slave turned invincible gladiator who finds himself in a race against time to save his true love Cassia (Emily Browning), the beautiful daughter of a wealthy merchant who has been unwillingly betrothed to a corrupt Roman senator. As Mount Vesuvius erupts in a torrent of blazing lava, Milo must fight his way out of the arena in order to save his beloved as the once magnificent Pompeii crumbles around him. 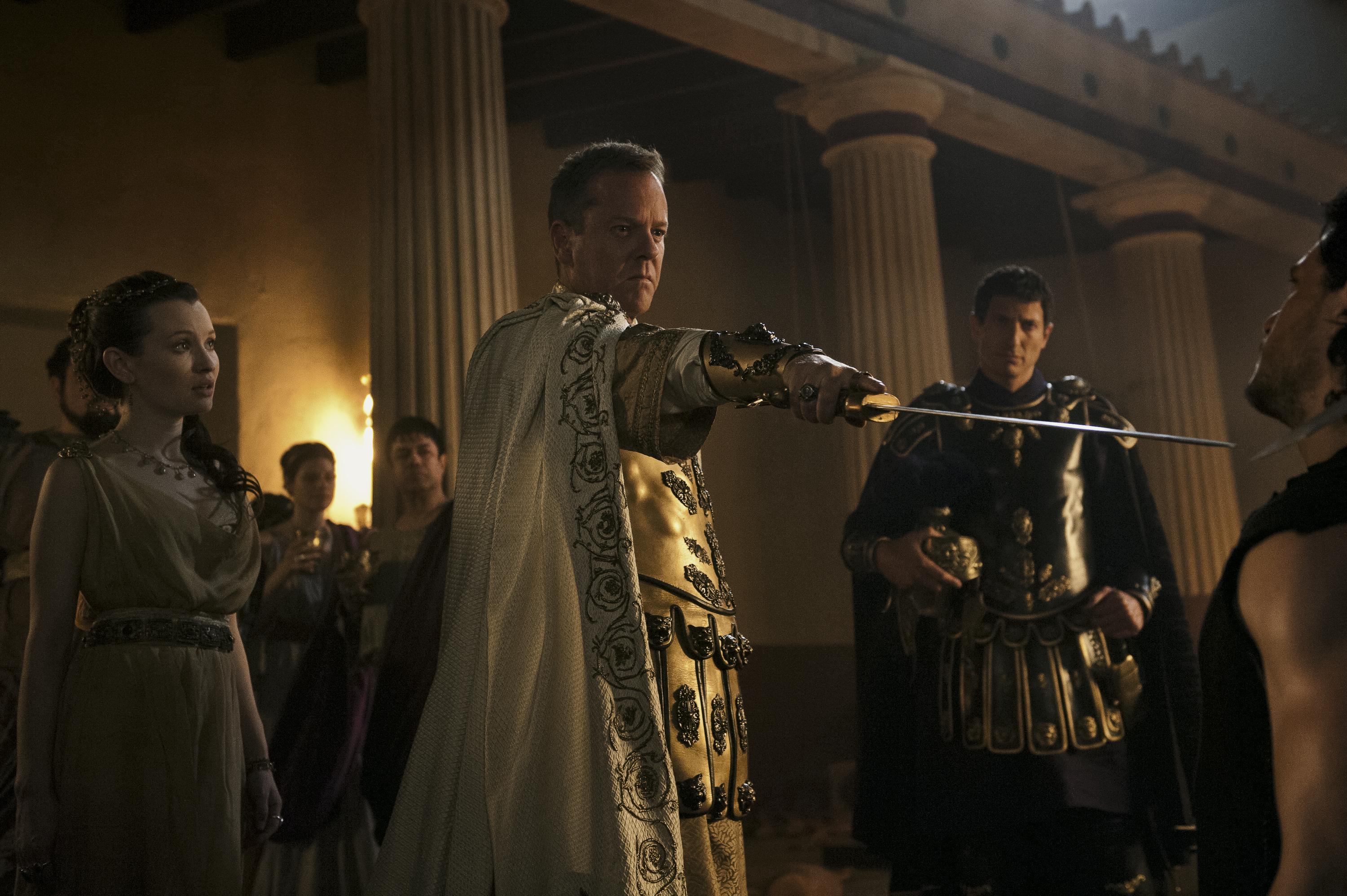 Pompeii, the new 3D version by Resident Evil director Paul W.S. Anderson, opens with a flashback of a young Celtic boy watching his parents and the others in their horse-loving tribe slaughtered at the hand of the ruthless Corvus (Kiefer Sutherland) and his top solider Proculus (Sasha Roiz) during a quashed revolt. Discovered in a Londinium arena 17 years later as an enslaved, strapping gladiator known as “The Celt,” the grown boy Milo is chained up and marched off to the southern city of Pompeii to serve as violent entertainment for the blood-hungry plebeians during the Vinalia festival.

On the way, he makes a major impression on Cassia, the daughter of town chief Serverus (Jared Harris) and wife Aurelia (Carrie-Anne Moss), who is heading home after spending a year at school in Rome. Also arriving is Corvus, now a senator for the Emperor Titus and in charge of deciding whether the capital will invest in Pompeii’s much-need urban improvements including a new coliseum. But instead, Corvus promises to invest himself if he gets Cassia’s hand in marriage. Of course the money-hungry Serverus agrees despite his daughter’s objection.

In Pompeii, Milo is expected to battle local favorite Atticus (Adewale Akkinnuoye-Aghaie); who will supposedly gain his freedom if he can win just one more battle. Milo and Atticus become friends in gladiator prison. But instead of fighting each other, the two gladiators are chained in the center of the arena along with a few other gladiators and must fight all the other gladiators to the death. In the midst of the battle rigged by Corvus to kill Milo, who has caught the eye of Cassia, Mount Vesuvius erupts.

Milo must save Cassia, who Corvus has locked up until he can take her back to Rome and marry her, while the computer generated Mount Vesuvius spews molten lave and rocks on the city and the sea floods the harbor.

The central love story in Pompeii feels contrived from the very beginning. Cassia falls in love with Milo on her trip home from Rome when one of her horses breaks a leg in a “pothole” and goes down. Slave-gladiator Milo steps forward to put the horse out of its misery by breaking its neck, and from then on, Cassia would rather be with him than Senator Corvus. Also, there was some backstory between Cassia and Corvus in Rome (an affair?) that causes her to hate the senator, but that is never explained. The acting is flat, the story is corny and old fashioned and takes too long to get going. The dialogue is a tad old school, too. But, the computer generated graphics are good. And the bulked up Harrington spends a lot of the movie shirtless showing off his bulked up pecs and abs, if you are into that. Rated PG-13. Opens Feb. 21, 2014.