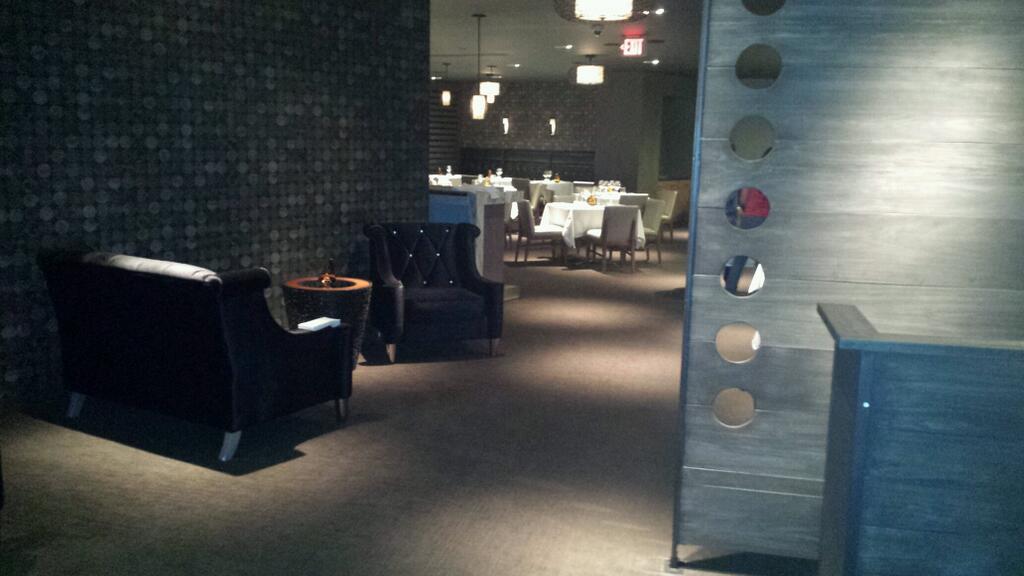 The new restaurant occupies a large portion of the private party room in the back of Range, Voltaggio’s restaurant in the Chevy Chase Pavilion, 5335 Wisconsin Ave. NW. Aggio is open Wednesday, Thursday and Sunday from 5-10:30 p.m., and Friday-Saturday from 5-11 p.m.

The makeover, which took less than three weeks, features brown and beige circle-studded wallpaper, and a plush black sofa and chairs lobby. New light fixtures were added to the white table-clothed dining area, which seats 82 guests. It also has a different kitchen, staff including executive chef Johnny Miele, wine list and music.

Unlike Range, which serves small plates, Aggio’s traditional menu features antipasti, soups and salads, pasta, fish, poultry, beef ad authentic classics that use sustainable, domestic ingredients treated with classic and progressive techniques. Diners have the option of a six-course tasting menu for $95 each evening which can also include wine pairings devised by Range’s two in-house master sommeliers. The website not fully functional yet and the menu and pricing was not available. However, Voltaggio did Tween out a photo of the menu.

The Fredrick News-Post reported Monday that Voltaggio will open a second Aggio at Baltimore’s Inner Harbor at 616 Water St. in a space occupied by Tatu, a sushi and Asian-styled restaurant. He took possession of the space in the Power Plant Live! development on Saturday, he told the newspaper. Voltaggio is a Frederick, Md., native and owns Volt and Family Meal, a diner-style restaurant, there. It is slated to open late spring or early summer. He also plans to move his shuttered Lunch Box, a sandwich shop, from Frederick to the Chevy Chase Pavilion. 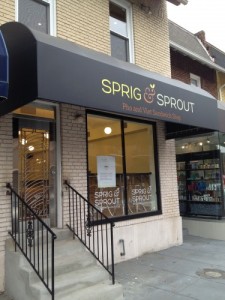 Sprig and Sprout, the Pho and Viet sandwich shop at 2317 Wisconsin Ave. NW in Glover Park, has paired up with the female monks of Bien An Tu Temple to create a guilt-free seven-course prix-fixe vegan dinner tonight and Feb. 24.

The dinner is $40 per person and credit card information is required at the time of reservation. To make a reservation, e-mail management@sprigandsproutdc.com or call Jen at 202-333-2569. 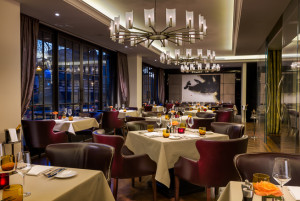 The Grill Room at the Capella Georgetown. (Photo: Capella Hotel)

The Grill Room in Georgetown’s Capella Hotel, which brought us the $22 barrel-aged Manhattan, will be pouring some of the priciest and rarest wines in the world during a dinner Mar. 15. The cost is $3,500 per person, which includes a “once-in-a-lifetime tasting of exceptional old and new world vintages,” a five-course meal from executive chef Jakob Esko, an overnight stay at the hotel, breakfast in the morning, airport transportation and more.

The wine tasking will be led by master sommelier Emmanuel Kemiji and features 20 rare wines such as a 2005 Château Lafite Rothschild, a Screaming Eagle Cabernet Sauvignon 2005 and a 2005 Château Petrus. Click here for the full list.

The event is available to the first 20 reservations. If you have the spare change, call Elisabeth Thomas at 202-617-2400, or e-mail elisabeth.thomas@capellahotels.com to reserve your space. 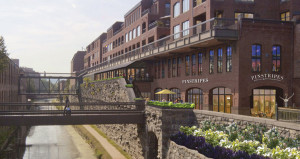 This is the fifth location for Pinstripes, which has three locations in the Chicago area as well as one in Minneapolis. Another is set to open soon in the Overland Park suburb of Kansas City, Kan. 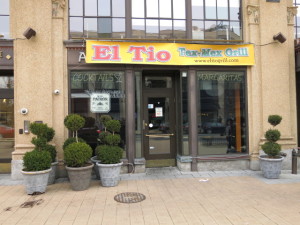 Alero first opened up in the former Rumberos space at 3345 14th St. NW in 2010. Now the space has become El Tio. The Columbia Height’s location isn’t included on El Tio’s website, which does include locations in Falls Church, McLean and Gainesville, Va.

No word on if the menu is the same as the Virginia restaurants or if the hours have changed from Alero.

House of Falafel opens in Petworth 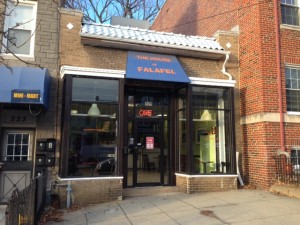 The House of Falafel in Petworth. (Photo: popville.com)

The House of Falafel opened about a week ago at 22 Upshur St. NW in Petworth. The restaurant, which started and continued as a food truck, is open from 11 a.m.-9 p.m. Sunday-Saturday.

B Too begins late-night service Feb. 20 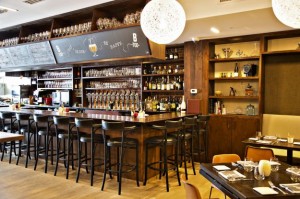 B Too begins late-night service Thursday. (Photo: B Too)

The Belgian restaurant B Too at 1327 14th St. NW will begin serving late-night bites beginning Feb. 20. The menu will include hearty foods to help you sop up all that alcohol you drank or help you continue with drink specials and discounted bottles of wine.

B Too will serve its late-night menu from 10 p.m.-midnight on Thursdays and from 11 p.m.-1 a.m. on Fridays and Saturdays. Dishes include savory waffles, baby back ribs with spiced avocado and mayonnaise, and frites. You can also get $5 beer and $7 drink specials, half-off larger bottles of beer and $25 bottles of wine.

The Coupe is no longer open 24 hours. (Photo: Borderstan)

Maxwell Hessman, formerly general manager of Pizzeria Paradiso in Dupont, took over as general manager of The Coupe in November. “The Coupe management has decided to move away from the 24 hour cycle for one very basic reason, after a year and half the sales are not there to support our large scale operation late night,” Hessman told the Popville blog. “We labored over this decision for quite some time and feel it is in the best interest for our company and our customers. We will still be open from early morning to late night to provide each and every guests a wonderful experience.”

The menu will also evolve a bit to be a more “cafe style” rather than “diner style”. Expect to see those changes in April.

Hessman, who was also Pizzeria Paradiso’s wine buyer, said also beginning in April the bar will focus on martinis and champagne-based cocktails to give its cocktail program focus along with wines. They looked at 11th Street and thought that of those cocktails, beer and wine, the strip would most benefit from an improved wine program. Of course there will still be beer options though the emphasis will soon be on Belgian saison style, although a few “everyday beers” will still be available. 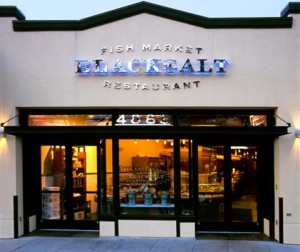 The minor fire, which closed the restaurant at 4883 MacArthur Blvd., in the Palisades neighborhood for about a week, was caused by a mechanical issue in the kitchen’s hood. No one was hurt in the fire and the restaurant didn’t suffer any major damage.