That Awkward Moment Is a Horndog Comedy

Zac Efron, Miles Teller and Michael B. Jordan star in the R-rated bromantic comedy That Awkward Moment about three buddies who find themselves at that confusing moment in every dating relationship when you have to decide “So…where is this going?” 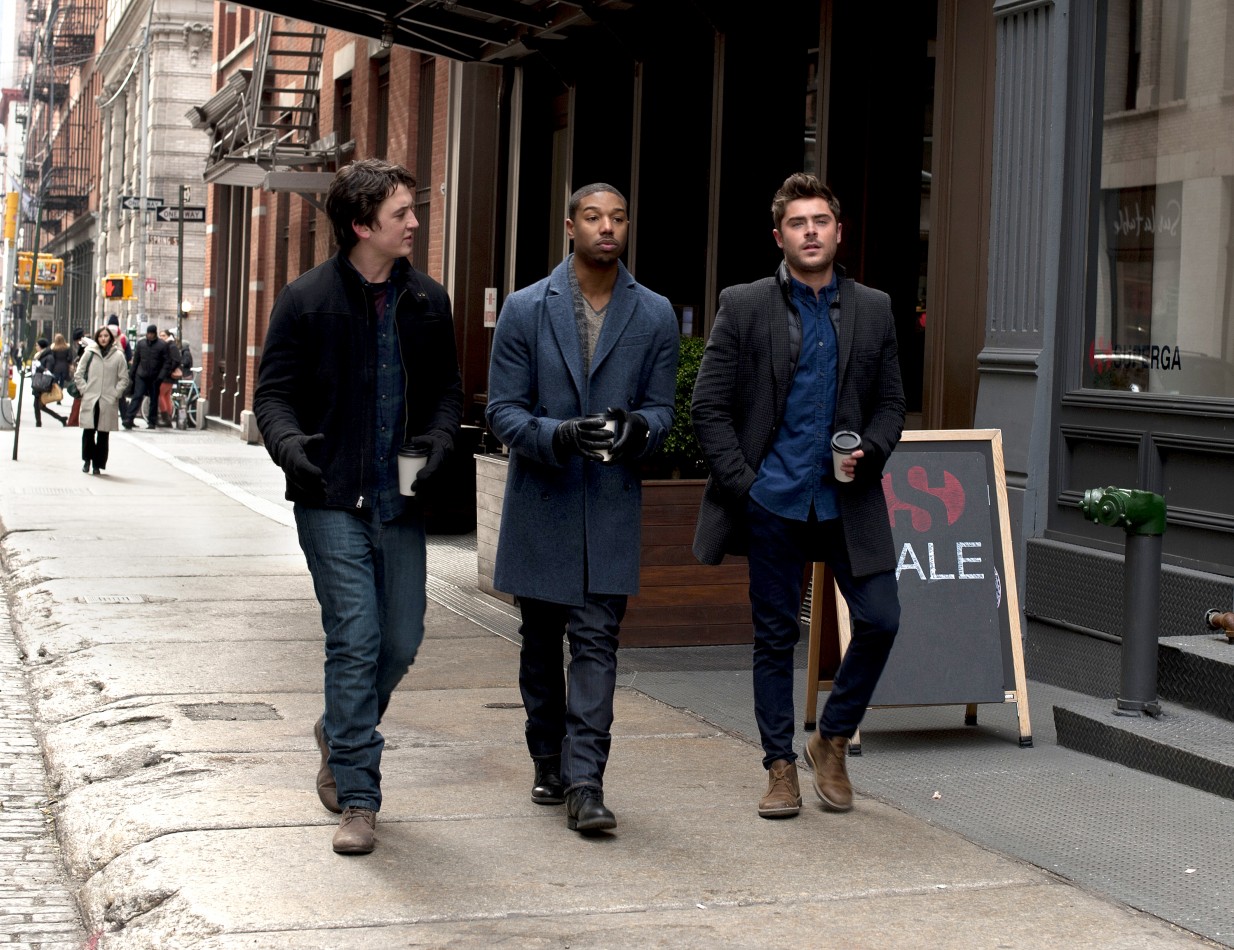 Efron, Teller and Jordan star as Jason, Daniel and Mikey, respectively – three dudes in their late 20s living in New York City trying to figure out life and love, but spending more time chasing the ladies and in extracurricular activities than wooing and romancing the future Miss Right. They are more interested in Miss Right Now.

Jason and Daniel are players, picking up women at bars like picking lint of upholstery and sleeping with a different woman every night, sneaking out in the morning. Once the woman asks the post-coital “So…what are we going?” or “So…where are we going?” they bail. Mikey is married, but reunites with his college pals when his wife tells him she wants a divorce and has been sleeping with her lawyer. The two players make a pledge to remain single and help their suddenly single pal enjoy prowling for the ladies just like they do. Then they proceed to break the rules and lie to their friends.

Of course, all three have someone who is too special to be a one-night stand, so you have to wonder if they will choose their bros over moving forward with their women. Mikey is still in love with his cheating wife, Vera (Jessica Lucas); Daniel falls for his wing-woman and drinking buddy Chelsea (Mackenzie Davis); and ring-leader Jason, who is a book cover designer, falls for Ellie (Imogene Poots), with whom he has a one-night, sneaking out before she wakes up because he thinks she’s a hooker. Turns out, she’s an author and future client who he falls in love with.

All of the characters seem to be going through the motions, while writer/director Tom Gormican desperately tries to “make it real” by tossing in as much R-rated material as he can, but it’s not real. It’s just a bunch of R-rated material forced in to make the movie appear to be edgy and groundbreaking. He should have focused more on the characters, or giving us more crazy and funny moments. Jokes about Viagra and penises, along with potty humor, bathroom booty calls during a Thanksgiving family gathering or showing up in a Flash Dance get up with a fake penis dangling from sweats at a formal birthday party seem dropped in.

Efron and Teller are charming enough. While their characters play well off each other, they don’t have chemistry with Jordan’s character. Mikey is almost too grown up for the other two guys and never shows the shock he should be feeling about the situation. And Efron himself seems to be still in High School Musical. His blank, weightless performance indicates that he hasn’t graduated beyond the fluff. Shredded abs and bushy eyelashes are no substitute for comic timing.

If you’re a juvenile boy, you’ll love That Awakward Moment, but then you really should be watching this movie. For most anyone else, it is just a raunchy comedy with boner pill and sex jokes. Gormican might have been going for a Sex in the City from the men’s point of view, but these men don’t feel or think like Carrie and her friends did. Just watch Swingers again if you want to see a movie about friends dealing with relationships. Gormican’s script is full of forced, unnatural dialogue. No one talks and acts like this. That Awkward Moment needed some funnier moments. Rated R. Opens Jan. 31, 2014.