Justin Bieber got some unexpected visitors Tuesday morning. A dozen Los Angeles County sheriff’s cars stormed his house and detained the singer and seven others about 8 a.m. while serving a felony search warrant on his home in connection to an “egging incident” at a neighbor’s home last week. 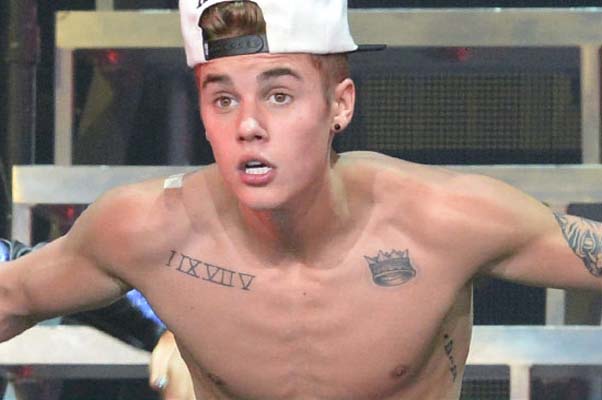 Investigators were looking for, found and seized video from Bieber’s security cameras that might show what happened the evening of Jan. 9 when eggs were thrown at a neighbor’s home, according to a sheriff’s statement. A judge gave deputies a felony search warrant.

Bieber and his guests were asleep when the deputies arrived.

The neighbor, Jeffrey Schwartz, called the cops and identified Bieber as the culprit. Schwartz claims he saw the Biebs from his second-floor balcony. Schwartz quickly called police and said the star threw at least 20 eggs at his home, causing about $20,000 in damage to his plaster and wood exterior.

Los Angeles County sheriff’s deputies served the felony search warrant at Bieber’s residence in the Oaks, an exclusive gated community in Calabasas about 30 miles from Downtown LA. “They are being cooperative,” sheriff’s spokesman Steve Whitmore said at the time. “We will seek to question Mr. Bieber in connection with a felony investigation.” 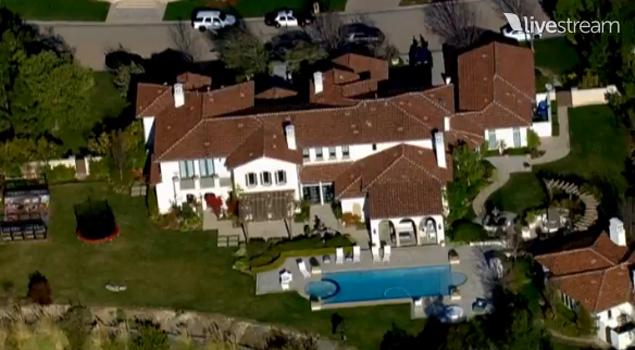 The egging incident marks the latest clash between the pop star and his neighbors, who have accused him of throwing loud parties and speeding through the neighborhood. The neighbor called authorities last week, saying someone was pelting his home with eggs, said sheriff’s Sgt. Dan Nagelmann of the Malibu/Lost Hills station. Schwartz was home with his daughter at the time, Nagelmann said, adding that deputies who went to the scene found no one outside.

Bieber has been at the center of a number of controversies that have caused friction with his neighbors in the wealthy, gated community where he lives. Michael Jackson’s mother and children also live in the community.

In a grainy video posted on TMZ that purportedly documents the incident, a man standing in the doorway of a home exchanges expletives with a voice outside before telling someone in the house to call authorities.

“I got another one for you, actually,” the person outside yells back in the video, before apparently hitting the house with more eggs.

Sheriff’s deputies said video footage and photos have been submitted as evidence.

Nagelmann said the neighbor told deputies he had seen Bieber throwing the eggs. The offense in the initial police report is listed as misdemeanor vandalism, according to the Sheriff’s Department. Authorities said it was unknown what prompted the egging.

Bieber’s neighbors have complained about the 19-year-old several times in the past year, including in May when two neighbors called the sheriff to report he was speeding down residential streets. In March, a neighbor accused Bieber of spitting on him and making threats during a heated confrontation outside his home. It prompted a sheriff’s probe, but no charges followed. 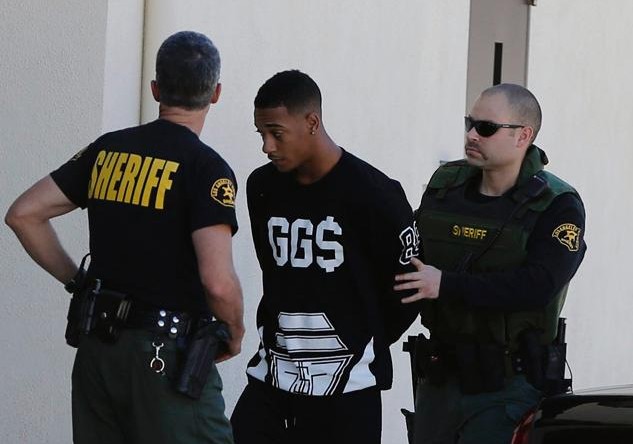 During the egging-related search, sheriff’s deputies found drugs — initially thought to be cocaine — on Rapper Xavier (Lil Za) Smith, 20, one of Bieber’s guests. He was whisked out of the party palace in handcuffs and charged with felony drug possession. As Smith waited for someone to put up his $20,000 bail, he picked up an additional felony vandalism charge after damaging a phone in lock-up. His bail was then increased to $50,000.

A sheriff’s spokesman later said the drugs were thought to be Molly, a form Ecstasy, instead of cocaine. Authorities were testing the drugs late Tuesday. Smith could face up to three years in prison if convicted of cocaine possession. Possession of Ecstasy carries a lesser punishment of no more than a year in jail.

Bieber was not connected to the cocaine.

The Los Angeles Times and wire reports contributed to this article.