She’s going down … to rehab. Pop singer Ke$ha checked into rehab for an eating disorder on Friday.

The Crazy Kids singer, 26, checked herself into a 30-day stay at Timerbline Knolls outside of Chicago, TMZ reported. That’s the same facility where Demi Lovato sought help for an eating disorder and other issues in 2010. 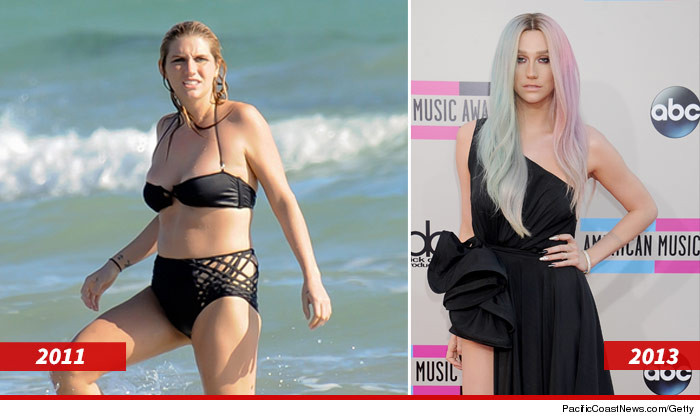 On her Facebook page Jan. 4, the vegetarian wrote: “I’m a crusader for being yourself and loving yourself but I’ve found it hard to practice. I’ll be unavailable for the next 30 days, seeking treatment for my eating disorder … to learn to love myself again. Exactly as I am. – k” By Tuesday night it had 48,786 “likes.”

Some sources are saying that pressure about her weight from her high-powered producer, Dr. Luke, may have tipped the Tik Tok singer toward a disorder. She’s been showing off a noticeably slimmer figure in recent months, compared with her earlier looks.

Dr. Luke, the music producer who signed Kesha Rose Sebert at age 18, reportedly slammed her appearance in a 2012 music video — comparing her to a refrigerator — and the pop singer took it to heart. Although TMZ reports the comments actually started when Ke$ha’s “Get Sleazy” tour ended in 2011.

In September 2013, a Ke$ha fan set up a petition to “free” Ke$ha from Dr. Luke’s management and accused Luke of “stunting” Ke$ha’s creative growth as an artist. The petition currently has over 5,000 signatures.

“I feel like my fans are really protective of me,” she told Rolling Stone in October before admitting she doesn’t really have creative control of her music. “They just want to see me grow as an artist, which I agree with. Hopefully in the future, I’ll be in a position where I can put out a ballad or a more vulnerable song.”

While Ke$ha sang background vocals and wrote songs for other singers since her signing, her breakthrough came in 2009 as a backup singer for Flo Rida’s number-one single Right Round. Today, Pit Bull’s song Timber featuring Ke$ha is number 2 on Billboard’s Hot 100 list.

Timber is Ke$ha’s 11th top 10 single on the Hot 100 chart. On the last episode of My Crazy Beautiful Life, a TV series documentary that began airing on MTV last April, Ke$ha revealed that she was working on her third studio album. It was later confirmed when the singer tweeted a picture with her and her mother at the piano, writing songs.