The Story of the Making of Mary Poppins

When Walt Disney’s daughters begged him to make a movie of their favorite book, P.L. Travers’ Mary Poppins, he made them a promise — one that he didn’t realize would take 20 years to keep. In his quest to obtain the rights, Disney comes up against a curmudgeonly, uncompromising writer who has absolutely no intention of letting her beloved magical nanny get mauled by Hollywood. But, as the books stop selling and money grows short, Travers reluctantly agrees to go to Los Angeles to hear Disney’s plans for the adaptation. For two weeks in 1961, Disney pulls out all the stops. Armed with imaginative storyboards and chirpy songs from the talented Sherman brothers, Disney launches an all-out onslaught on Travers, but the prickly author doesn’t budge. He soon begins to watch helplessly as Travers becomes increasingly immovable and the rights begin to move further from his grasp. It is only when he reaches into his own childhood that Disney discovers the truth about the ghosts that haunt her, and together they set Mary Poppins free to ultimately make one of the most endearing films in cinematic history. 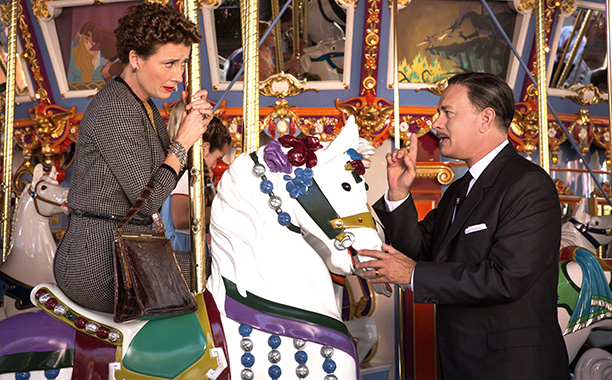 Saving Mr. Banks concentrates on the tense stand-off between Walt Disney (Tom Hanks) and P.L. Travers (Emma Thompson), the cantankerous author of the Mary Poppins novels. Since this is a Disney movie, it’s not surprising that Disney is shown to be a lovely old man with a noble vision.

When we meet Disney in 1961 he has been trying to persuade Travers to hand over the movie rights for 20 years. It’s only the prospect of losing her London home that persuades her to meet him in his Los Angeles studio.

You can tell things aren’t going to go smoothly the moment this she steps out of the airport. “It smells,” she announces to her waiting chauffeur (Paul Giamatti). “Of Jasmine?” he asks. “No, chlorine. And sweat,” she says.

She’s just as horrible when she meets the man in charge. To Mrs. Travers (as Disney discovers, you should never call her by her Pamela), cartoons are “silly” and music is out of the question. She simply doesn’t believe any American studio can capture the charm of her quintessentially English nanny.

Most of the action involves the tortuous, although very funny, early process of designing sets, choosing costumes and writing tunes. “Responstible is not a word,” she snaps when songwriters Richard and Robert Sherman (Jason Schwartzman and B.J. Novak) take her through an early version of Chim Chim Cher-ee.Much of the comedy comes from Disney’s attempts to cajole Travers into signing over the rights so he can finish his movie.

It’s a battle of wits and a clash of personalities. But a series of extended flashbacks reveals she isn’t the snooty, stiff upper-lipped Brit she is pretending to be. She’s actually an Australian who is still traumatized by her childhood in a remote Outback town. 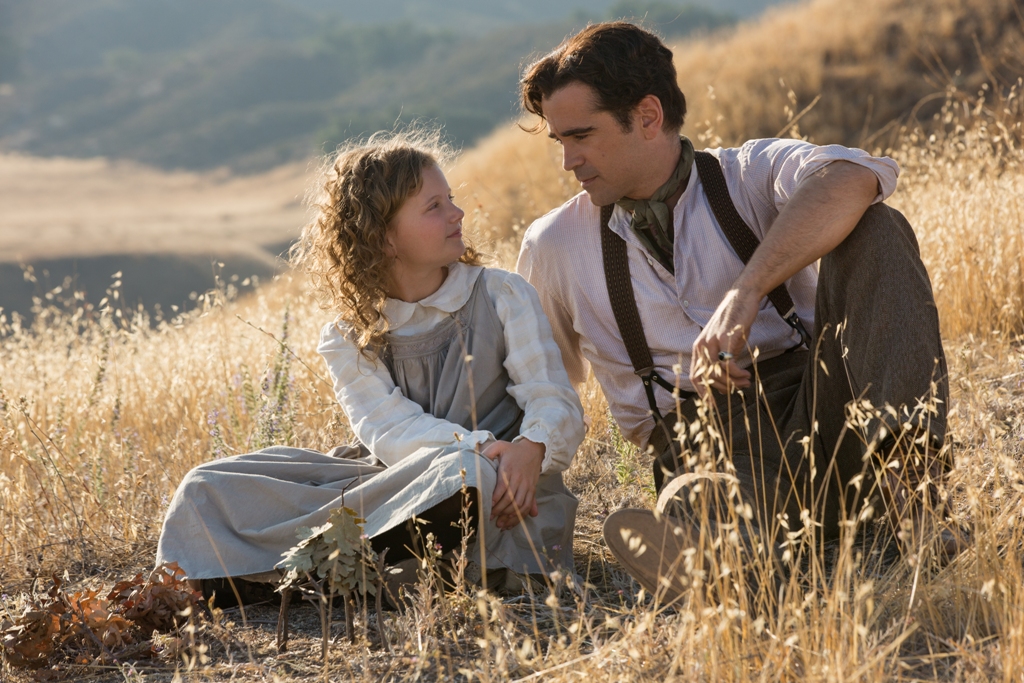 The second story soon emerges through flashbacks of a good-natured young girl who was devoted to her whimsical dad Travers Goff (Colin Farrell), a bank manager, before he drank himself to death in his early 40s. It was from him that she got her love of tall tales. His frustrations at work and her guilt over his death also go some way to explaining her obsession with propriety. And Mary Poppins is her Aunt Ellie (Rachel Griffiths) who comes to help her feeble mother (Ruth Wilson).

Eventually, Disney pieces together the mystery of why she is so reluctant to give up her story. We always knew he would. The film did get made after all. But that doesn’t stop the finale from packing a real emotional punch. It ends with tears and laughter.

There was probably a bit more than a spoonful of sugar stirred into this “untold true story” of the making of Disney classic Mary Poppins. But it does the trick. This sweet, funny and superbly-acted drama really goes down in a most delightful way. The jumps between the past and present do jar at times, but if the comedy is the sugar, the family trauma is the medicine we need to take to really feel for Travers. That we swallow it so readily has a lot to do with Thompson’s terrific performance. She shows great comic timing when slapping down the cheery Americans with a pithy line or a carefully-honed frosty look. Thompson gives a real sense of vulnerability to her character too.

But the movie isn’t quite true to life. Songwriter Richard Sherman says Thompson’s portrayal is rather generous about the Travers’ character: “She is much kinder and sweeter than she was to us. She had a terribly big ego.” Also, after Travers and Disney finally came to terms on a script and the movie was filmed, Travers screened it and then asked Disney, “When do we start cutting it?” Disney shook his head and explained that she had script approval — not film editing rights — and refused to change a thing. Travers was furious.

And the ending isn’t quite accurate either. Travers was actually miserable. She cried when the screening was over, feeling her characters and ideas had been butchered. She swore that as long as she was alive, Disney would never defile her beloved Mary Poppins again. And she stuck to her guns, even in death. Travers’ last will and testament stated specifically that if a stage musical was to be made, the Sherman Brothers could not be involved, only English-born writers could be used — no Americans — and absolutely no one from the original film production was to be involved. Rated PG-13. Opens in select theaters Dec. 13, 2013 and everywhere on Dec. 20, 2013.