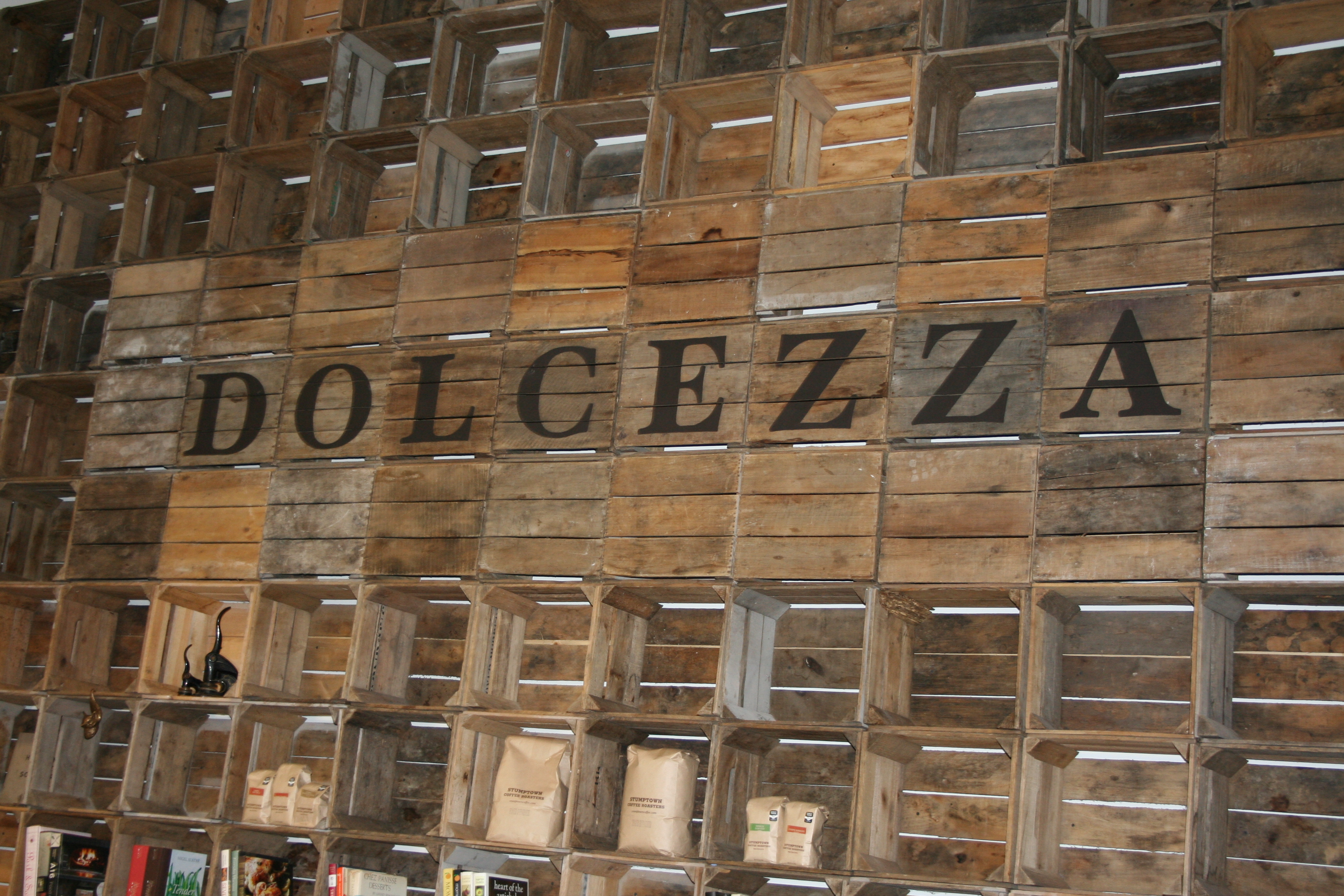 The back wall of the tasting Dolcezza’s tasting room and coffee bar is made from repurposed wood crates. (Photo: Mark Heckathorn/DC on Heels)

The new 4,000 square-foot facility was previously a wholesale flower market and has been transformed into an open warehouse gelato production facility with three production lines (once the line from the old 300 square-foot Georgetown factory is relocated this week) and room for a fourth, a small gelato tasting room and a coffee lab for training and cupping. The tasting room has a bar, which will accommodate up to 20 people, looking onto the production floor. The tasting room gives visitors the opportunity to watch the production process while tasting the fresh flavors as they come out of the machines.

Owner Robb Duncan told DC on Heels during a media preview last Thursday that the gelato and sorbeto is produced in 10-gallon batches seven days a week. It takes about 10 minutes to spin the raw ingredients into the gelato. 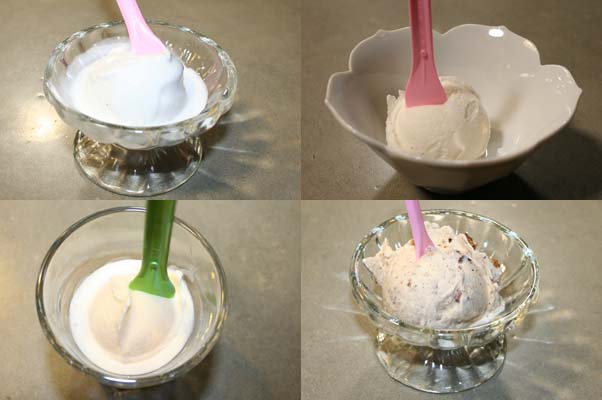 Dolcezza’s flavors are locally driven with local ingredients used whenever possible. “Stuff that grows locally is only made in season,” Duncan said. So strawberry gelatto is only made for four or five weeks a year. They make about 250 different flavors throughout the year, producing 15-20 flavors a day. During the media tasting, we got to sample Thai coconut, Goldrush apple, Georgia butter pecan, honey tangerine and dark chocolate.

At the factory, customers will be able to order both gelato and sorbeto as they are being produced, with five to six flavors being made at any one time. The price for a small is $5.25 and a large is $6.45. The frozen treats will be served in an eclectic mix of porcelain, ceramic and glass bowls with real silverware. The gelato and dairy-free sorbeto will be slightly different than what is served in Dolcezza’s four area shops and 120 local restaurants or sold at eight Whole Foods, five MOM’s Organic Markets and three area farmers’ markets. Instead of being termpered — frozen hard for 24 hours to be scooped into cones and cups — the sweet treat served at the factory will be fresh from the batch freezer. Think soft serve gelato. 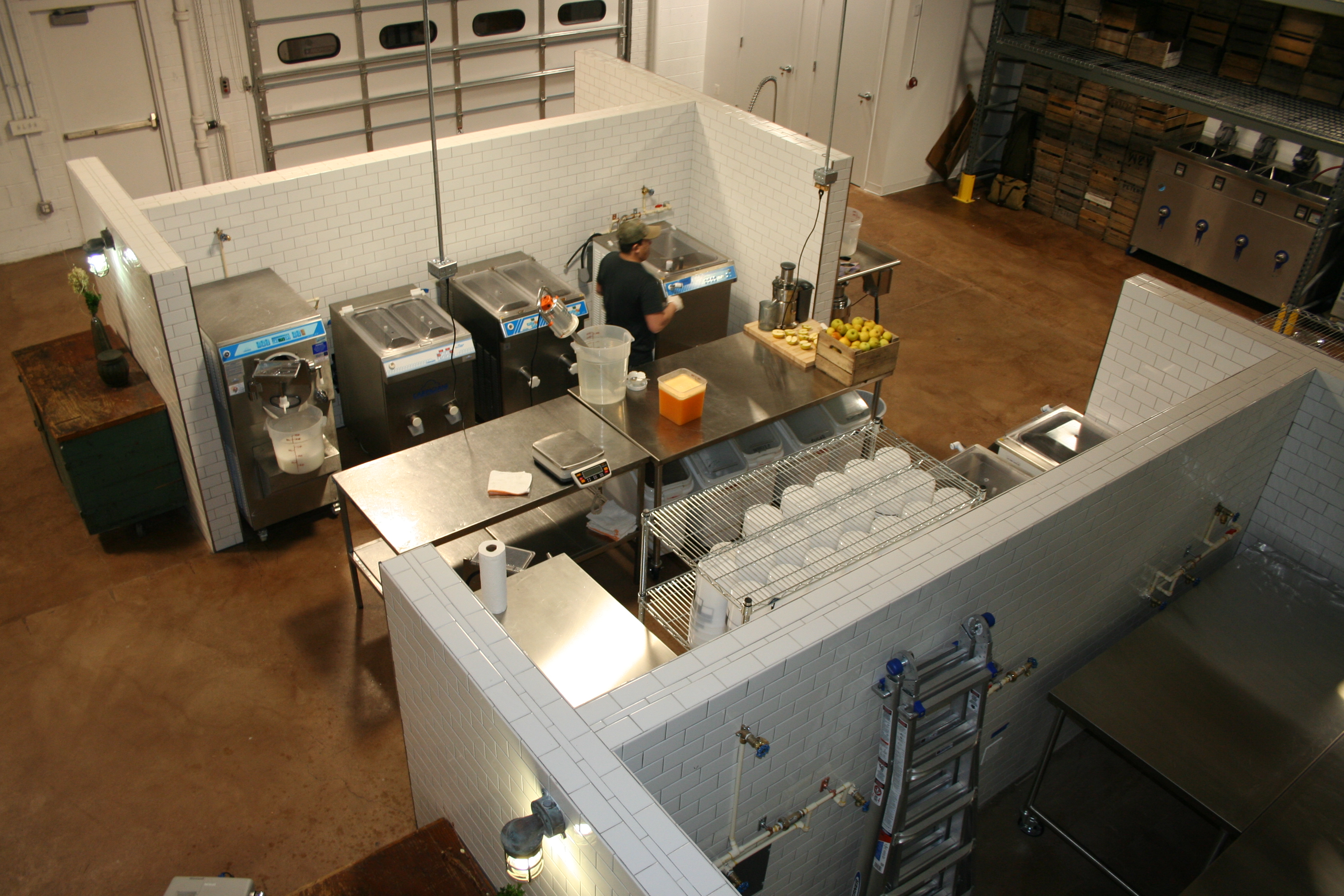 The production facility at Dolcezza. Two new lines are in the center of the photo and another, to be moved from Georgetown, will be installed in the area to the left. (Photo: Mark Heckathorn/DC on Heels)

By moving production from the small, original facility in Georgetown to the new factory, Dolcezza’s production space increased tenfold. Designed by Brian Miller of Edit, the space features skylights, 18-foot glass garage doors that pull light into the triangular space and vintage industrial pieces from the Hershey Chocolate Factory. Twenty-foot ceilings and open web steel joists give the room a grand but raw atmosphere. From the new mezzanine level, the public will be able to get a bird’s eye view of the entire gelato making process. 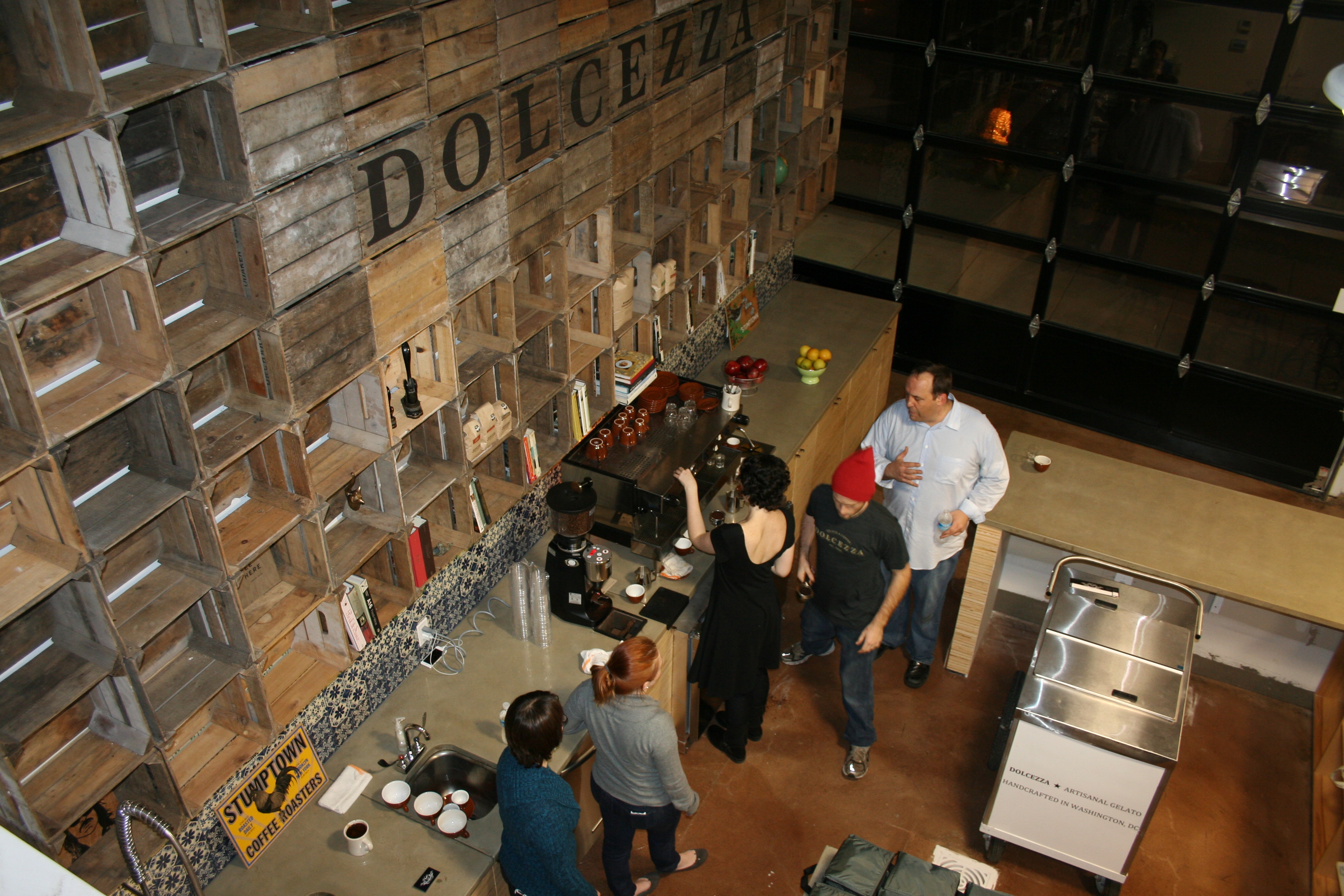 However, the doors to the tasting room were locked after Saturday’s open house and will reopen in March when Duncan and his wife and business partner Violeta Edelman return from a trip to Uraguay to visit her family. When it does reopen, the tasting room and coffee lab will be open noon-7 p.m. daily. In the meantime, Dolcezza has stores at 1560 Wisconsin Ave. NW in Georgetown, 1704 Connecticut Ave. NW in Dupont, 7111 Bethesda Lane, Bethesda and 2905 District Ave., Suite 155 in Fairax’s Mosaic District.