Tanger Outlets National Harbor open at 9 a.m. Friday with the official ribbon cutting at 10 a.m. There are 83 outlets at the center including Brooks Brothers, Calvin Klein, Coach, Columbia Sportswear, H&M, Harry & David, Hugo Boss, Michael Kors, Nautica, Nike, Oakley, Polor Ralph Lauren, Steve Madden, Swarovski, Tommy Hilfiger and Under Armour among others. The Diane von Furstenberg outlet will open in February. There is a 20 percent off coupon on the website for opening weekend and anyone spending a combined $150 on the same day at any store will receive a free quilted handbag. There will be holiday music and fireworks beginning Friday at 7 p.m. On Saturday, The Society, an international blues band from D.C., will perform beginning at 7 p.m. 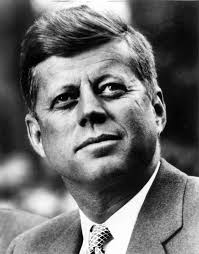 The Newseum marks the 50th anniversary of the assassination of President John F. Kennedy on Friday with JFK Remembrance Day, with gallery talks, panels and film screenings.

Nov. 22 from 9 a.m.-5 p.m. at The Newseum, 555 Pennsylvania Ave. NW. Free with museum admission. The schedule includes a screening of One PM Central Standard Time narrated by actor George Clooney at 10 a.m., Gallery Talk: Creating Camelot at 11 a.m., panel discussing and book signing with Dean Owen, author of Reflections on the Life, Assassination and Legacy of John F. Kennedy at 11:30 a.m., screening of John F. Kennedy A Legacy Remembered at noon, screening of President Kennedy Has Been Shot and a panel discussion with filmmaker Gerardine Wurzburg at 1 p.m., CBS News footage of the events on Nov. 22, 1963, shown on a 90-foot high screen at 1:40 p.m., Gallery Talk: Three Shots Were Fired at 2 p.m., panel discussion and book signing with James Swanson, author of End of Days, at 3 p.m., and a screening of As It Happened at 3:30 p.m. 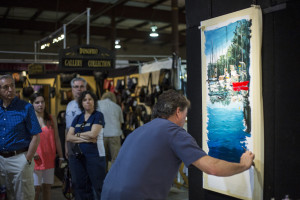 American Voices at the Kennedy Center

American Voices,” the Kennedy Center’s three-day festival of songwriting and musicianship is a chance to see masters at work. Watch Alison Krauss, Dianne Reeves, Eric Owens, Ben Folds, Sara Bareilles and others coach young artists during the weekend’s “master sessions,” or catch their performance together with Josh Groban and the National Symphony Orchestra during an all-star concert Saturday at 8 p.m. 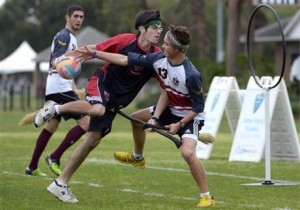 A scrimmage at the Quidditch World Cup in Kissimmee, Fla.,, last April. The game is a co-ed, full contact sport that combines elements of rugby, dodgeball and Olympic handball. (Photo: Phelan M. Ebenhack/AP)

The Quidditch Mid-Atlantic Regional Championship is real, and this weekend the game loved by Harry Potter and the rest of the young wizards at Hogwarts comes to the muggle world. Some minor changes have been made (sorry, no one soars through the air on brooms), but the familiar snitches, bludgers and quaffles abound. For this event, 23 teams — including representatives from University of Maryland and the University of Virginia — will compete for the chance to go to the World Cup. In addition to cheering on the teams, children can tryout kidditch, a non-contact version of the game. 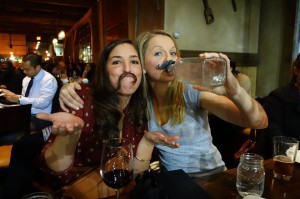 It’s fitting that H Street NE, long a scenester outpost where a tattoo and excellent mustache can serve as kind of a passport, is playing host to a Movemberfest festival. Purchase a wristband to take advantage of food and drink specials at 18 bars, restaurants and other businesses on the strip including the H Street Country Club, the Argonaut, Cusbah and Dangerously Delicious Pies. There will be free activities for kids at the Big Board and a late-night dance party with the funky Sinister Sound Set at the new Red Rocks Bistro. All proceeds from ticket purchases benefit Movember and its partners, the Prostate Cancer Foundation and Livestrong. 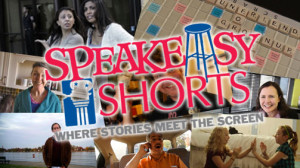 SpeakeasyShorts sponsored by DC Shorts and Speakeasy DC is a new type of film competition – a collaboration between filmmakers and storytellers. In 2012, eight filmmaking teams had only five days to write, shoot, edit and screen a film based on stories from eight local storytellers. The kicker: none of the teams had heard the stories before they were presented. For the 2013 event, the competition expanded to 10 film teams and story tellers. The filmmaking teams learned which story they had been paired with last week and on Saturday the films premiere, the audience votes for their favorites and one team walks away with a $1,000 cash prize!

Satuday at the United States Navy Memorial’s Burke Theater, 701 Pennsylvania Ave. NW at 7:30 and 9:30 p.m. Tickets are $22 for either screening. Tickets are available here.

See Ma in her kerchief, Pa in his cap and Saint Nick with his eight reindeer as part of Gaylord Natioanl Resort’s Christmas on the Potomac. You’ll marvel at colorful, life-size ice sculptures depicting the classic holiday poem ‘Twas the Night Before Christmas, all brought to life in amazing detail and artistry. Be amazed by hand-carved ice sculptures standing more than 20-feet high, and take a ride down a two-story-tall ice slide. It’s all part of the fun as you stroll through ICE!. New in 2013: enjoy a special bonus scene featuring Christmas in New York City — an all-new, larger-than-life interactive ICE! display featuring the iconic sights and sounds of The Big Apple during the holiday season. The award-winning attraction is carved by a team of 40 master ice artisans from Harbin, China. These talented craftspeople spend more than a month in National Harbor creating our one-of-a-kind display. 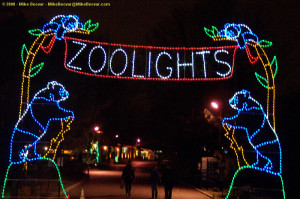 The entrance of ZooLights at the National Zoo. (Photo: Mike Becvar)

Nightly (except Dec. 24 and 25) from 5-9 p.m. at the National Zoo, 3001 Connecticut Ave. NW. Free admission. There are fees for Zoo Tubing on Lion/Tiger Hill, carousel rides, train rides and parking.