Jaleo Bethesda at 7271 Woodmont Ave. recently unveiled its redesign. The restaurant, which opened in Bethesda in 2001, closed to undergo a weeklong renovation from Sept. 3-8. 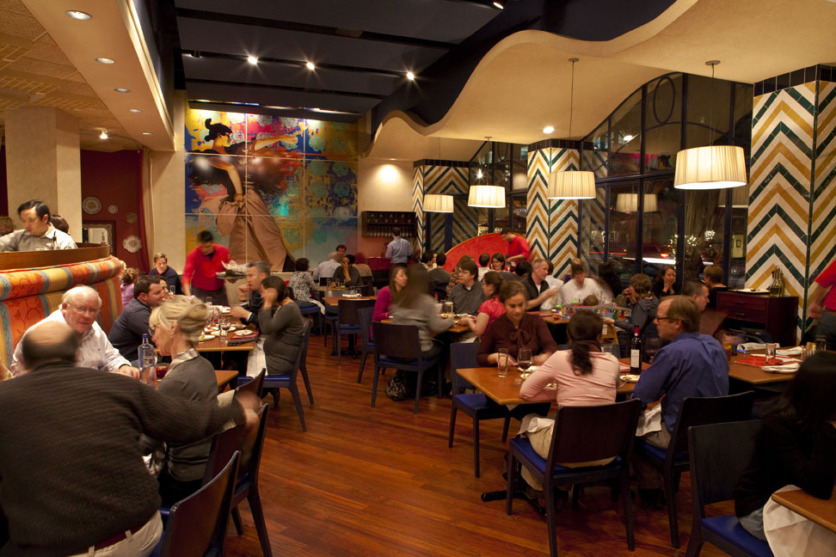 The ThinkFoodGroup restaurant owned by José Andrés is inspired by avant garde Spanish design and was designed by architect and designer Juli Capella. While the layout has’t changed, the new interior features a charcoal gray and dark burgundy pallet with red and white floral bankettes and red and white tables similar to the Penn Quarter location. It includes ball-bearing curtains, which also set off private tables, and foosball tables designed by Andrés in partnership with Spanish company RS and artist Claudina Codina. 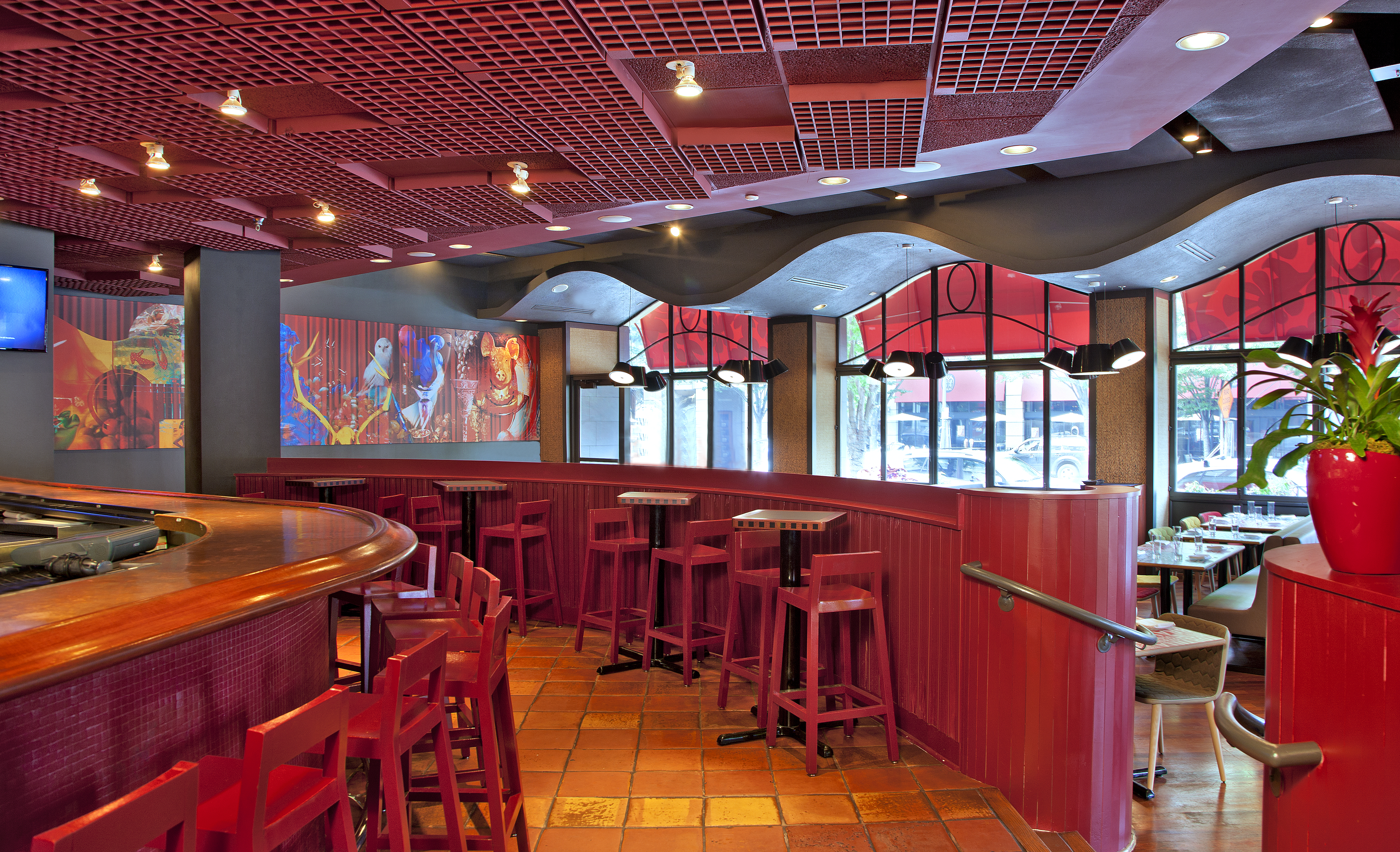 However, change isn’t always better. The old palate of cream with gold and black accents made for a lighter and brighter restaurant. The new dark space includes unattractive grafiti-esque wallpaper and tabletops with menu items and Andrés’ name printed on them. Gone is the John Singer Sargent flamenco painting El Jaleo, which served as inspiration for the original concept and had been reproduced in murals throughout the various locations. Replacing it are art pieces from Spanish artists such as a mural from Barcelona artist Rafael Vargas.

However, as part of the renovation, a tapas bar showcasing some of the most delectable Spanish cured hams and cheeses, has been installed in the bar area.

“My team and I are very excited about the renovation of Jaleo Bethesda. We really want to celebrate the spirit of Spain in every way,” said Andrés in a press release. “This restaurant is close to my home and I spend great times here. Changes are made when you are at your peak and I think Bethesda, in general, is at its best moment so this is the right moment to do this makeover.”

Other menu items included traditional chicken fritters; endive stuffed with goat cheese, oranges and almonds; Spanish sliders made from the acorn-fed, black-footed ibérico pigs of Spain, aioli and piquillo peppers; flautas made with the ibérico ham and manchego cheese brushed with olive oil and tomatoes; and hand-sliced ibérico ham. The meal was topped off with delicious individual flan with catalan cream and oranges.

And what José Andres dining experience would be complete without some molecular gastronomy? Jaleo served aceitunas ferran adrià or liquid green olives that looked like green eggs. Served on a spoon, the olives had the texture of a raw egg, but tasted like green olive.

And of course there were Jaleo’s famous blood red sangria served with fruit, a sparkling Spanish rosé and, my favorite, a gin and tonic featuring Andrés homemade gin and fresh juniper berries.