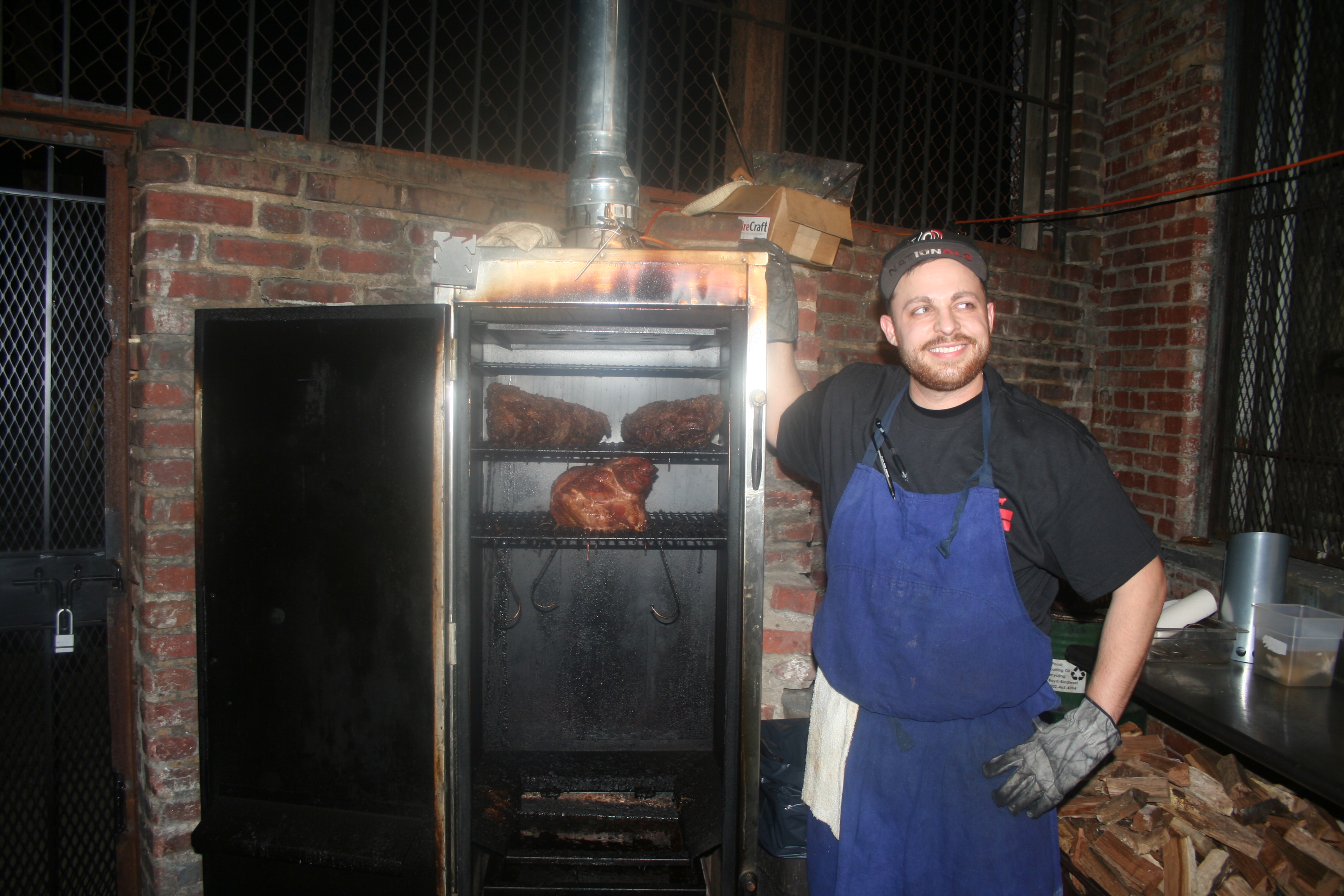 The Revive owners used to sell carryout chicken and waffles and fried fish platters there, but closed the take-out more than a year ago because they didn’t have anyone to run the space. Sonderman, who lives in the neighborhood, said he found the space by responding to a help wanted ad. 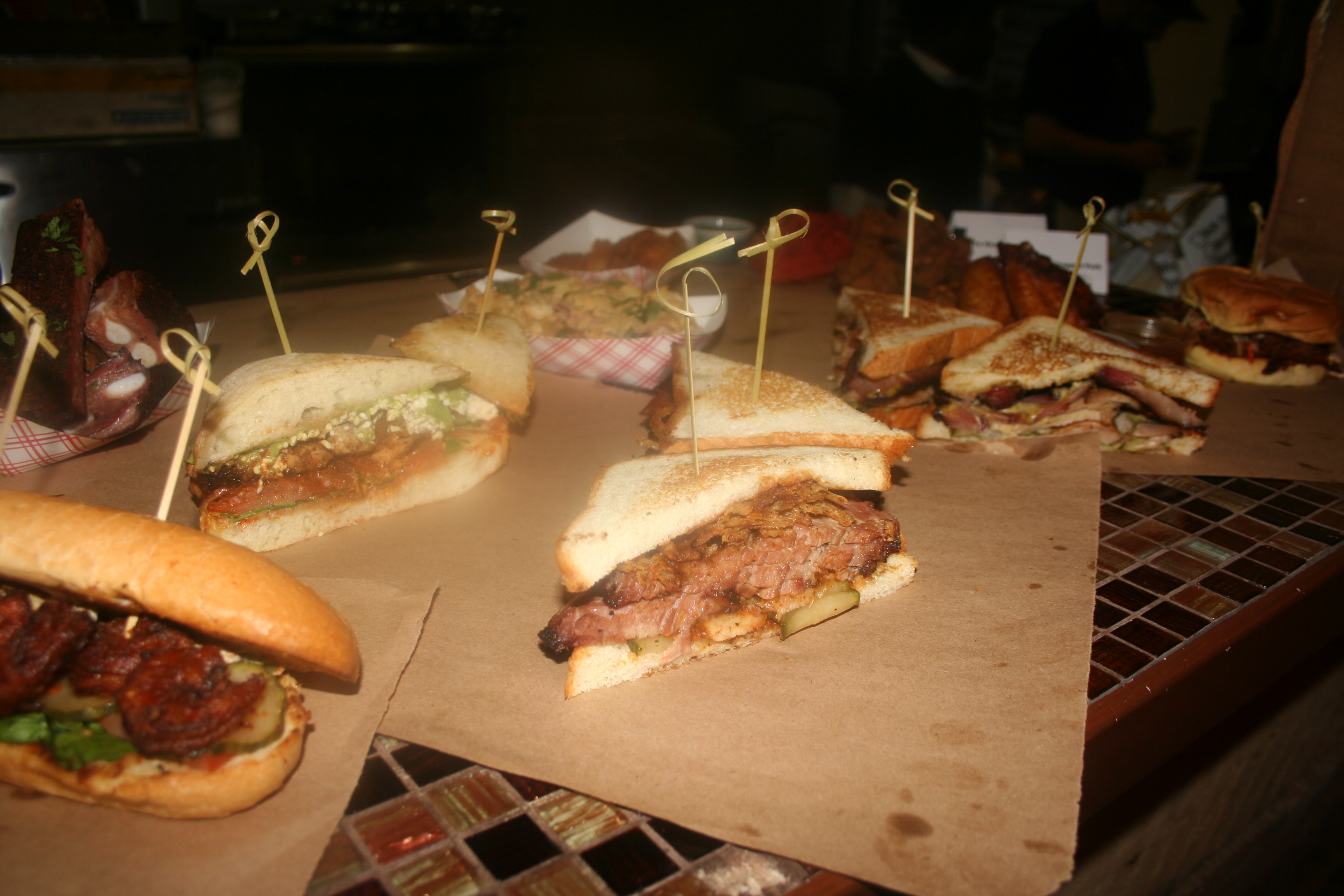 A sampling of the dishes at DCity Smokehouse. (Photo: Mark Heckathorn/DC on Heels)

Sonderman says everything is smoked on site with hickory and cherry wood from Virginia. National beef brisket and Smithfield pork shoulder are smoked overnight. Most of the other meats are smoked four to five hours, except the wings that smoke for 2 1/2 hours.

A D.C. native, Sonderman attended the Culinary Institute of America and previously cooked at Craigie on Main in Boston as well as a country club there before cooking 2 1/2 years at Hill County. He also did externships at Bistro Bis and Vidalia here in D.C.

“My experience is mostly fine dining,” Sonderman told DC on Heels. But once he started cooking BBQ, he was in love. His mother’s side of the family is from central Texas and his dad’s side is from the St. Louis area. “My style is a conglomeration of what I tasted around. Wherever I found a barbecue place, I try it,” Sonderman says. “I’ve tried barbecue all over the country.”

Sonderman uses a dry rub. “That’s the only way to cook real barbecue,” he said. “Then sauce on the side.” His meats are dry rubbed with three different rubs — one for the pork, another for the brisket and a completely different one for the wings — then smoked. 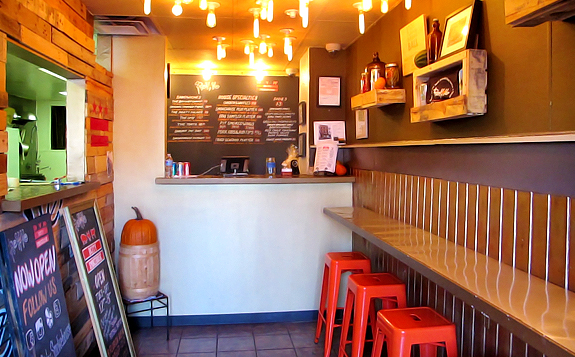 The dining room at DCity Smokehouse may be little, but the flavor is big.(Photo: Urban Daddy)

It is only a few doors down from North Capitol Street on Florida Avenue, but only street parking and five seats at the counter, so it is primarily a carryout spot. And there isn’t a lighted sign, so look for the Revive sign. DCity Smokehouse is open noon-8 p.m Tuesday-Saturday.