At the age of 21, Tim Lake discovers he can travel in time. The night after another unsatisfactory New Year party, Tim’s father tells his son that the men in his family have the ability to time travel. Tim can’t change history, but he can change what happens and has happened in his own life — so he decides to make his world a better place by getting a girlfriend. Sadly, that turns out not to be as easy as you might think. Moving from the Cornwall coast to London to train as a lawyer, Tim finally meets the beautiful but insecure Mary. They fall in love, then an unfortunate time-travel incident means he’s never met her at all. So they meet for the first time again and again. Finally, after a lot of time-traveling, he wins her heart. Tim then uses his power to create the perfect romantic proposal, to save his wedding from the worst best-man speeches, to save his best friend from professional disaster and to get his pregnant wife to the hospital in time for the birth of their daughter. But, Tim finds out that his unique gift can’t save him from the sorrows and ups and downs that affect all families. 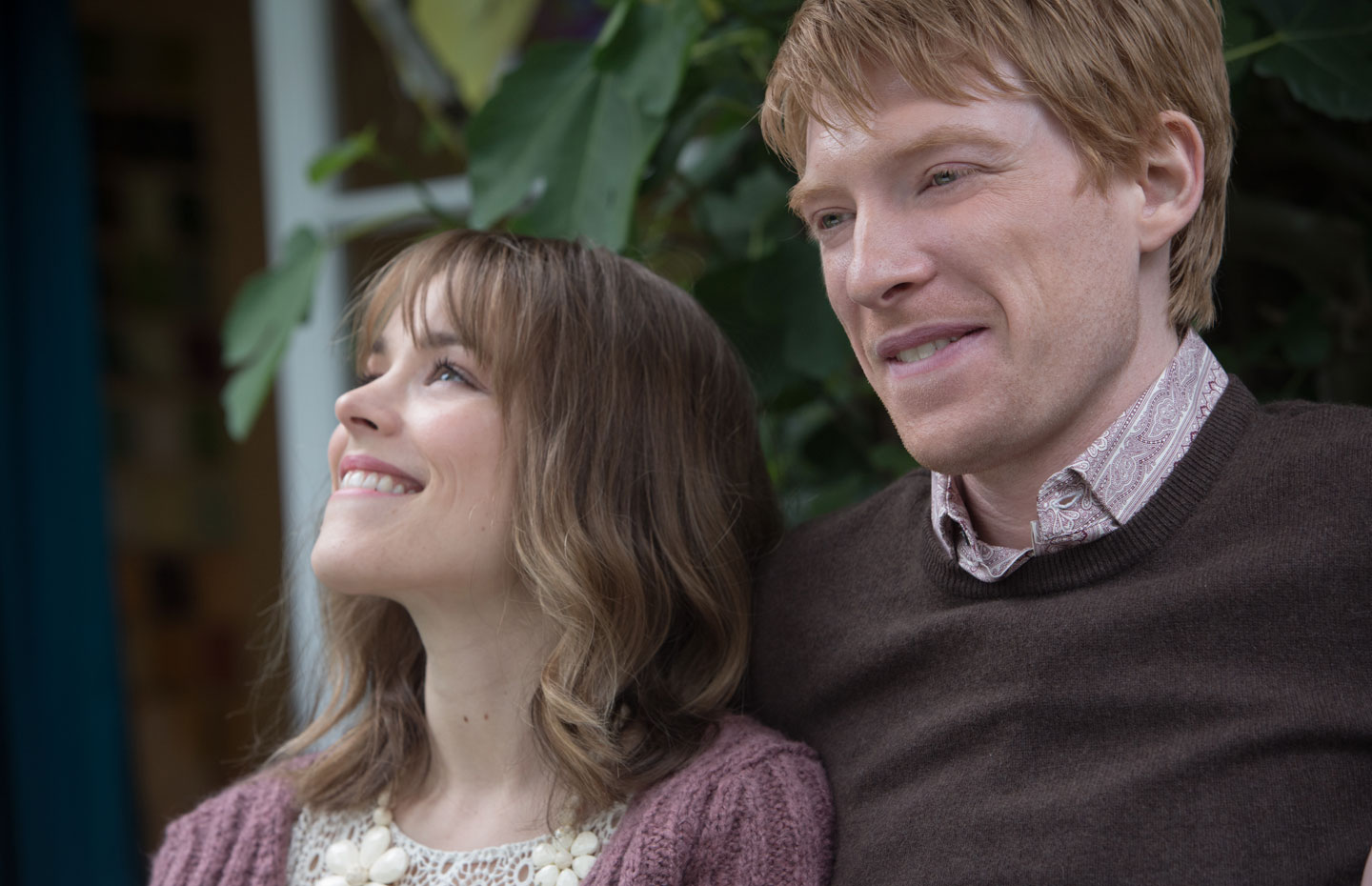 In About Time awkward and reluctant 21 year-old, Tim Lake (Domhnall Gleeson) gets life-changing news when his father (Bill Nighy) reveals that then men in their family have the ability to travel back between the present and past (but not the future). While his dad has used the gift in the pursuit of knowledge by reading every book worth reading, Tim is quick to use his time-hopping ability to find true love.

After moving from his family’s seaside estate to London to become a lawyer, it isn’t long before Tim finds his soul mate Mary (Rachel McAdams) in a chance dinner meeting. However, when he travels back in time to help save his playwright roommate from a career-ending show, Tim learns that, due to his time-meddling, the encounter with Mary no longer occurred – as every change he makes in the past can have consequences for the future. Armed with this knowledge, Tim sets out to find Mary again for the start of a life-long journey of love, loss and living each day to the fullest, and sometimes more than once.

Director Richard Curtis, who also directed Notting Hill, Bridget Jones’s Diary, Four Weddings and a Funeral and Love Actually, ensures that Tim explores the limitations and consequences of his power in a wide variety of scenes and unique situations. Nevertheless, the time-travel backdrop adds a layer of complexity that allows About Time to break out of any over-used tropes and present fresh insights – especially during interactions between Tim and his father.

Performances are strong across the board but Gleeson (best known for his portrayal of Bill Weasley in the Harry Potter films) is a standout as the time-traveling Tim. Not only does Gleeson effortlessly present his character’s growing confidence throughout the story, from a clumsy kid to a self-assured adult, watching Gleeson revisit key scenes over and over again while varying Tim’s reactions each time around is entertaining.

The onscreen chemistry between Tim and Mary is also strong and authentic – making it easy to connect with the pair in times of joy and struggle without resorting to sappy melodrama. McAdams gets to dabble in a much more quirky and down-to-earth character than many of her prior romantic roles. Much like Tim, she’s a fully realized dreamer with interesting eccentricities, which makes her a believable and captivating partner in love.

While Tim’s search for true love is a central feature of About Time, the relationship between father and son is equally important. Unsurprisingly, Nighy is likable and charming as Tim’s dad – a brilliant man who loves Charles Dickens, ping pong and tea on the beach. He also truly, deeply, madly loves his son. The central cast is rounded-out with an equally competent set of performances from Lindsay Duncan and Lydia Wilson as Tim’s mother and sister Kit Kat, respectively, whose characters are primarily relegated to supporting the father and son arc or exploring aspects of the time-travel plot.

About Time is a solid tale about love, loss and family that leans on a compelling, but sometimes problematic time-travel premise. Science fiction fans will find some fun twists on traditional time-travel movies along with a lot of logic holes. Thankfully, the plot covers a lot more ground than a simple romantic comedy, as Tim uses his ability to help a troubled sister, raise children, improve his career and — most importantly — face losses outside of his time-altering control. Overall, Curtis succeeds at telling an impactful and engaging character story about a man that can travel back in time. Rated R. Opens Nov. 1, 2013 in limited release; nationwide Nov. 8, 2013.