Thrills & Chills to Fill Your Weekend

This is Halloween weekend and there are all kinds of haunted happenings to fill your time. Don’t forget to check out the many haunted houses in the DMV. Other events on the calendar include the 27th AIDS Walk Washington, a Halloween scavenger hunt in Old Town Alexandria and a Halloween bar crawl in the Dupont area on Saturday. For more family-friendly there’s the fall harvest days both Saturday and Sunday at Mount Vernon or the Marine Corps Marathon on Sunday with a kids festival featuring a variety of activities including the arts and crafts with the National Children’s Museum, face painting, moonbounces, balloon animals, circus activities and more! And on Tuesday, don’t miss the 27th annual 17th Street High Heel drag race. Have a hair-raising weekend! 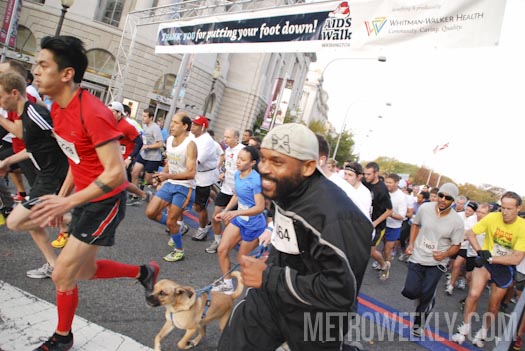 AIDS Walk Washington is a fundraising walk and 5K timed run benefiting and produced by Whitman-Walker Health, a non-profit community-based health organization which provides comprehensive and accessible health care to those infected with or affected by HIV/AIDS. The Courage Award will be presented to the late Sean Sasser, an HIV activist and ex-boyfriend of MTV’s The Real World San Francisco‘s Pedro Zamora, who dies in August. Mitchell Gold and Bob Williams, international leaders in the home fashion industry, will be the grand marshals. Streets along the route — Pennsylvania Avenue from Freedom Plaza to Third Street NW, Third Street from Pennsylvania Avenue NW to D Street SW, D Street SW from Third to Fourth Streets SW, Fourth Street from D Street to Independence Avenue SW and Independence Avenue SW from Seventh to Third Streets SW will be closed during the walk.

Saturday with and events beginning at 7 a.m. at Freedom Plaza, Pennsylvania Avenue and 13th Street NW. Music, speakers and warm-up begins at 8:15 a.m. The 5K timed run begins at 9:15 a.m. followed by the walk at 9:20 a.m. Music and recognition of top fundraising individuals and teams will begin at 10 a.m. Walk registration is $25; students and seniors walk registration is $15. Register here.Online registration for the 5K timed run is closed, but you can register in person on Friday from 11 a.m.-9 p.m. at Pacers-Logan Circle. All dontations are tax deductible. 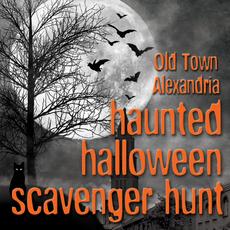 If you thought you knew Alexandria, think again as On Tap Magazine and King Street Cats take to the streets the third annual Haunted Halloween Old Town Scavenger Hunt. Along the way we’ll visit five of Old Town’s best bars, enjoying tricks and treats inside. Participating locations include Murphy’s Grand Irish Pub, Virtue Feed & Grain, Fish Market, Red Rocks and Chadwick’s. The first 100 people to register receive a free tee shirt. The grand prize is $500. Extra points for those who show up in their most ghoulish attire. If you make it alive, there will be a ghostly affair at the end for all who dare to participate with complimentary appetizers, refreshments and a charity raffle.

Saturday from 1-7 p.m. Cost is $10 per person and includes the hunt, pre- and post parties, appetizers and more. To sign your team up click here. A portion of proceeds to benefit King Street Cats animal rescue.

Trick-or-Drink your way around 34 Dupont bars at D.C.’s largest roaming costume party, the 14th annual Nightmare on M Street Halloween bar tour. Participants won’t pay a cover charge at any of the bars. Specials include $2 Coors Lights, $3 Blue Moons and Red Bulls, $4 Bacardi drinks and Monster Energy. There will be other food and shot special at each location. Costume contests will be held at The Exchange Saloon and McFadden’s.

Saturday from 5 p.m.-1 a.m. Tickets cost $30 in advance by clicking here. Prices will go up before Saturday. Participants must check in at The Front Page, The Exchange Saloon, Maddy’s Bar & Grille or McFadden’s between 5-10 p.m. to receive a wristband. Tickets may be available at the registration locations if any remain. 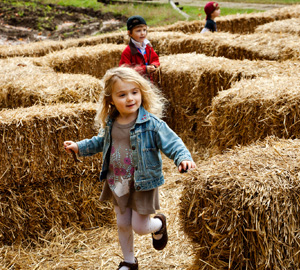 Saturday and Sunday from 9 a.m.-5 p.m. at George Washington’s Mount Vernon Estate. Fall Harvest Family Days is included in regular estate admission, which ranges from $17 for adults to free for chidlren 5 and under. Tickets are available here. 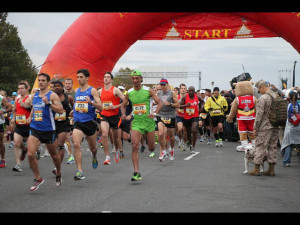 The 26.2 mile Marine Corps Marathon will be held on Sunday. Metro rail will open at 5 a.m. The closest Metro access to the start is the Pentagon station. Arlington Cemetery Station will be closed until 8:30 a.m. The race begins on Route 110 halway between the Pentagon and Arlington Memoria Drive and finishes at the Marine Corps War Memorial. Free shuttles are available for runners and spectators starting at 5:30 a.m. from the Crystal City parking area to Runners Village in the Pentagon North parking lot. Staff Sgt. James Sides of Gainesville, Fla., Who was wounded in Afghanistan a year ago, will join fellow Marine and Army veterans parachuting from a fixed wing aircraft immediately before the start of the Marathon, landing at 7:34 a.m. on Route 110 with a 7,800 square foot flag. Streets will close between 4:30 a.m.-5:30 p.m. on a rollling basis. A complete list of streets and times is available here.

Sunday beginning at 7:40 a.m. for wheelchair and hand cycle participants and 7:55 a.m. for runners. The start line is located on Route 110 (all lanes) halfway between the Pentagon and Arlington Memorial Drive. 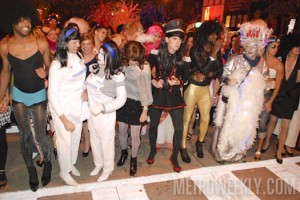 The 27th 17th Street High Heel Race is held the Tuesday before Halloween each year. Thousands of spectators flock to Dupont Circle to watch costumed drag queens show off their elaborate outfits and race down 17th Street. The parade begins at 7 p.m. with the race at 9 p.m.

Tuesday from 7-10 p.m. on 17th Street between P and S Streets NW near Dupont Circle. Free. The race starts at 9 p.m. in front of Cobalt and ends at JRs Bar & Grill.