Roof Terrace Gets a Makeover

Kennedy Center goers who dine at its Roof Terrace Restaurant & Bar before performances and during its popular Sunday brunch will be happy to learn it has reopened after remodeling. 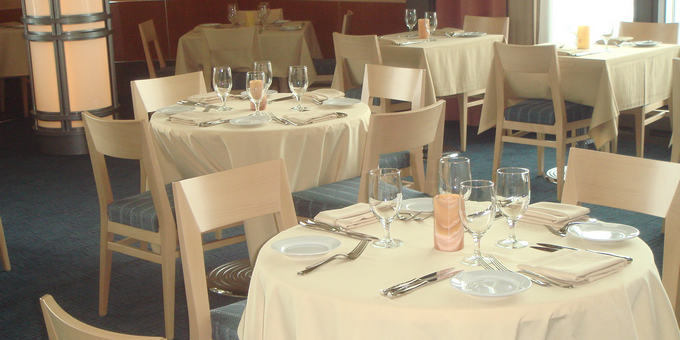 Last week, the eatery debuted a refreshed dining room with a new bistro and lounge area. It also unveiled a French-inspired menu. By adding more casual spaces, the restaurant hopes to attract diners from beyond the Kennedy Center’s audiences.

The bar now has wooden stools and and reupholstered booths. The bistro has its own mini lounge area, where guests can also sample the bar menu. In the dining room, rose-colored drapes, navy carpet and khaki tableclothes along with modern wooden chairs await diners. The private dining room across from the bar will double as a lounge where guests can grab a cocktail on couches around coffee tables. 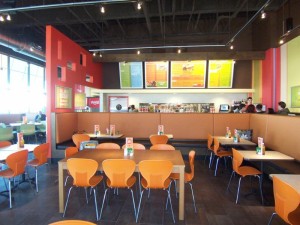 Zoës Kitchen, a national restaurant chain, will open its 98th branch this Thursday at 3644 King St. in Alexandria. The Mediterranean-style salad and sandwich shop also has locations in Reston, Arlington, Woodbridge, Fairfax, Potomac and Annapolis.

Reality stars Bill and Giuliana Rancic, he from The Apprentice and she from E! News, are opening a restaurant in Washington. Giuliana, a Bethesda native, announced on The Tommy Show last week that she and her husband are planning to debut a branch of their Chicago-based RPM Italian in D.C. 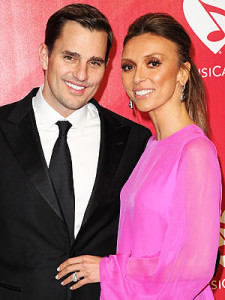 Giuliana, who was on the Tommy Show on 94.7 Fresh FM, Oct. 15 said it will open in early 2015. “It’s going to be down near the convention center,” she said. “Like the old NPR building. Right around there on Mass Ave.” She said it would be a 10,000 square foot restaurant.

Host Tommy McFly asked it if would be in the former Buddha Bar location, but she didn’t know what that was. You can hear the whole interview here.

In one episode of their Style Network reality show Giuliana and Bill, Bill was looking for a potential location in Penn Quarter with a local developer. The representative said no lease has been signed yet. But she was 95 percent sure that the space Giuliana mentioned on the radio show was 601 Massachusetts Ave. NW, which is the new building currently under construction at the old NPR site.

The original RPM is a joint project with Lettuce Entertain You Enterprises, which also own Mon Ami Gabi in Bethesda and Reston, Wildfire in McLean, and Big Bowl and Community Canteen in Reston.

The Chicago menu includes anitpasti, pizzettes and small bites. It also features housemade pasta and risotto priced from $10 to $17, steaks and chops from $29 to $118 (38 oz. prime, dry-aged bistecca fiorentina for two to four), and fish and seafood from $24 to $58. It also has a separate, gluten-free menu.

We, the Pizza coming to Crystal City

Former Top Chef contestant Spike Mendelshon and his family will open their second We, the Pizza restaurant in Crystal City. Their second pizzaria — the original is at 305 Pennsylvania Ave. SE the original Good Stuff Eatery burger joint and Bearnaise French bistro — will be at 2100 Crystal Dr. It was formerly a Caribou Coffee. The pizzaria will be next door to his second Good Stuff Eatery. 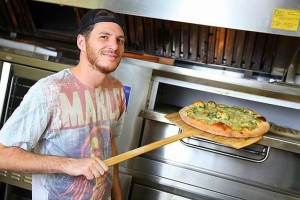 Chef Spike Mendelshon at We, the Pizza on Capitol Hill will open another pizzaria in Crystal City. (Photo: We, the Pizza)

The lease was just signed so an opening date hasn’t been announced, but the chef would like to get things open sometime in 2014. Mendelsohn recently said he plans to franchise his Good Stuff chain.

“It’s a great neighborhood, and they knew they wanted to bring another one of their restaurants into the community,” Jordyn Lazar, marketing manager for Mendelshon’s restaurants, told Patch. “They’ve been working with Vorando for some time, and when the space became available, they jumped at the chance.”

The restaurant specializes in pizza by the slice and whole pies, with classics like cheese and pepperoni and more adventurous offerings like Colletti’s Notorious BBQ Pie — a pizza topped with pulled pork, barbecue sauce, crispy onions and cheddar. They also serve salads, wings and housemade Italian sodas.

The Mendelsohn family opened its first Good Stuff Eatery on Capitol Hill in 2008 and has since added locations in Crystal City and Georgetown. The franchise is expanding into Philadelphia and Chicago, Lazar said. 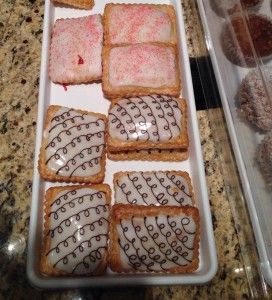 Curbside Cafe sells the trucks famous donuts along with coffee, lattes, homemade pop-tarts and other pastries from 7-10 a.m. Tuesday through Friday, but both the menu and hours will be expanded.

Curbside Cupcakes also has a booth at Union Market from 11 a.m.-6 p.m. Wednesday through Friday and from 10 a.m.-7 p.m. Saturday and Sunday.

They have been scouting locations in D.C. for about a year, since leaving Town House. Now they are ready to sign a lease for an office townhouse at 1050 Potomac St. NW in Georgetown. The space is currently vacant. 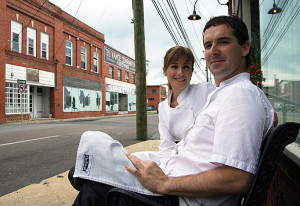 The yet-to-be-named restaurant will be an extension of what they’ve done before with his wife and pastry chef. “Vegetable focused with lots of ingredients from the ocean,” John Shields told The Washington Post. The restaurant will feature a single, set-price tasting menu of eight or so courses.

The space includes an outdoor patio and a carriage house where they intend to serve a la cart options and make the destination accessible to more diners. It isn’t expected to open for 9-11 months.

Before moving to southwest Virginia, the pair worked at the acclaimed Charlie Trotter’s in Chicago , he as sous-chef and she as head pastry chef. He went on to be a sous-chef at Alinea, also in Chicago, and become one of Food & Wine’s Best New Chefs in 2010 .

In Chilhowie, they introduced four- and 10-course tasting menus. Ingredients for some dishes were foraged from the nearby Appalachian Trail. The last menu featured beef cheeks flavored with smoked hay; turbot cooked with cream, spruce and anchovy; and geranium leaves frosted to look like snowflakes and garnished with parsnip ice cream.

The Big Chair Coffee & Grill, Anacostia’s only sit-down eatery for a long time at 2122 Martin Luther King Jr. Blvd. SE, closed on Oct. 14. Manager Michael Sterling made the announcement in a Facebook post.

The website is still operational, but Yelp and others report it is closed. Although no reason was given, it is thought to be because of a management dispute. The area Advisory Neighborhood Commissioner said Sterling told her he was hoping to purchase the business, but that its owners, Ayehubizu and Bantamlak Yimenu, were unwilling to sell it. The dispute escalated to the point where Bantamlak Yimenu came to the restaurant with police to revoke its liquor license.