Day of the Dead

Oyamel Cocina Mexicana at 401 7th St. NW is celebrating Mexico’s Day of the Dead, which focuses on gatherings of family and friends to pray for and remember friends and family members who have died, with a special menu and new drinks from Oct. 21-Nov. 3.

A catrinas, satirical skeletons made famous by Jose Guadalupe Posada, in the window of Oyamel. The skeletons have become an icon of the Mexican Day of the Dead. (Mark Heckathorn/DC on Heels)

This year, Oyamel will honor José Guadalupe Posada, a turn of the century artist and political cartoonist known for his satirical skeleton illustrations. Posada portrayed many poignant issues of his time and in particular the details of bourgeois life. Posada died penniless in 1913 in obscurity. It wasn’t until the 1920s that his work resurfaced and became recognized on a national and international scale. In the same way that Posada’s work satirized his subjects, Oyamel’s culinary team will create specials that take refined ingredients and reimagine them into traditional Mexican humble dishes.

Scholars trace the origins of the modern Mexican holiday to observances dating back hundreds of years to an Aztec festival dedicated to the goddess Mictecacihuatl. In rural Mexico, people visit the cemetery, bringing marigold flowers and candles to decorate grave sites. Gifts and foods, such as bottles of tequila are also placed on tombs. Families sit on picnic blankets next to grave sites and share their loved ones’ favorite foods

Oyamel’s menu was inspired by the pre-Hispanic foods set out as offerings on traditional Day of the Dead altars, said Chef Colin King, who has been at the Penn Quarter restaurant about a year. These historic foods are a mixture of ancient cultivation techniques, collecting indigenous foods and the art of the hunt. King described the dishes on the menu as “peasant foods made with a really nice product.” 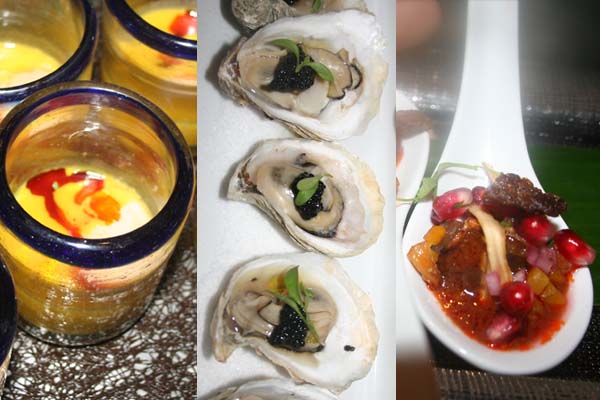 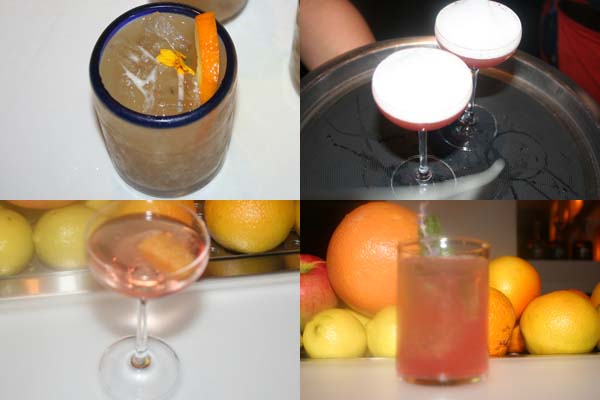