Screams Lurk Around Every Corner

Bennett’s Curse includes three haunted houses under one roof. Starting with the House of the Vampyes, you must also survive Zombie Kingdom in 3D and the Sanctuary of Insanity. It features film-quality props, sets, characters, unique theming and an over the top collection of giant monsters. The House of the Vampyres takes place inside Castle Bennett, once a stronghold of the noble Bennett clan, which has fallen to the knights of the Vampyric army sent from a ruling underworld king. But a new enemy has surfaced, a force of demons sent forth from the infernal abyss now looking to stake their claim for Castle Bennett and the world itself. Battling for humans, both sides fight for their most precious resource as one needs blood to survive, the others need souls. Guests will find themselves caught in the middle amidst diabolical instruments of torture, a labyrinth of dungeon cells and the impressive remains of room after room of a mighty but ruined medieval castle. In Zombie Kingdom in 3D, special 3D glasses bring the attraction to life where you will experience springy bridges, floating walls and a host of undead zombies immersed in the amazing scenery striking when you least expect them! The Sanctuary of Insanity, the asylum that houses society’s most criminally insane patients has experienced a complete collapse.

Bradley Farm Haunted House is dark, loud and scary. There is implied violence, stage blood and scary scenes, but there is no gore, not torture, not blood and guts scenes. Strobe lights, fog and and otehr lighting and special effects are used.

Price: Free, however canned or non-perishable food donations are accepted for E.C.H.O.

Nightly computer controlled Halloween music and light show run on a 16-channel Light-O-Rama unit controlled by software on a PC. Each song was individually choreographed using special software. Shows are created and scheduled to run at selected times each evening. Sound for the shows are broadcast on a short range FM transmitter that you can pick up in your car in front of the house (FM 99.1) or listen to though speakers mounted on the property. On Oct. 25, 26 and 31 there will be a Walk Thru that takes visitors back behind the house for some terrifying new scares.

The Coven on the Patuxent River

Price: $12 ages 13 and up, $6 ages 8-12, children 7 and under free. Take a non-perishable food item per person for the Bowie Interfaith Food Pantry and receive a $2 discount.

Legends of witchcraft and sorcery have circulated in Maryland for hundreds of years beyond Moll Dyers ruthless murder and persecution by the town’s people of Leonardtown, Md. There are rumors that a coven from southern Maryland escaped to areas further north. Strange events have been reported in the area surrounding the Patuxent River. Are you brave enough to investigate these claims? Join other seekers in search of the truth. Younger seekers can play games and win prises in the Boo Trail area. 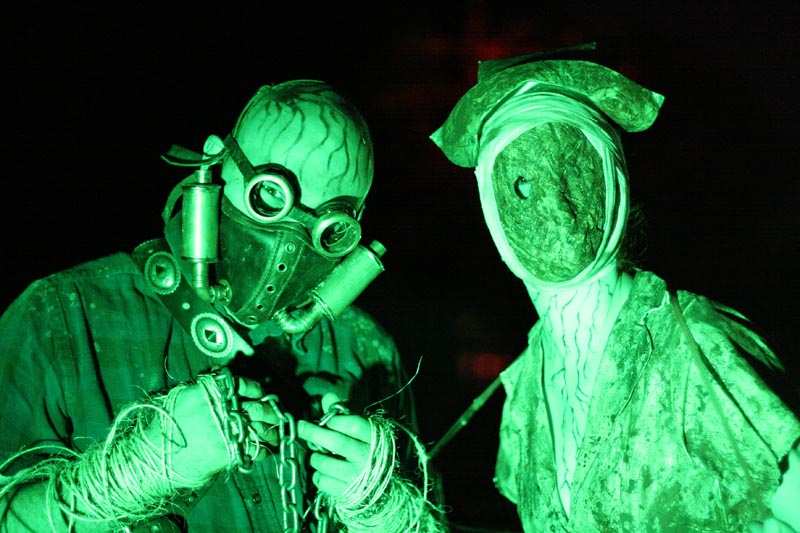 Dream City: A perfect Utopian society and brainchild of Professor Angelica Daphne Ream, a community- and social-planning visionary to some, a raving lunatic to others. Dream City was Angelica’s tightly controlled gift to the world, but as with all dreams and plans for perfection, she underestimated human nature and the evil deeply embedded in some. In Angelica’s case, that evil took the form of her unfortunate choice of a husband and, ultimately, the children they had together. Angelica married Antoine Damian Lusion, a once-famous illusionist and stage magician whose charm and astonishing stage performances have long since been rumored to have ties to the Black Arts and underworld. Antoine was an evil necromancer, summoning the darkest spirits to do his bidding among the unsuspecting living. Their twin daughters, Alisa and Amanda Lusion, gravitated towards their dad and his dark teachings and together they began to build an Army of Darkness and a world much different from what their mother had envisioned. Blinded by her misguided love for her family, Angelica was only too happy to give her husband and daughters the positions of power they asked for, with horrific and disastrous results. In just a few short years, the once-pristine manors, forests, cornfields and streets of Dream City darkened and eventually imploded under the weight of the ever-growing evil army conjured from the depths of the darkest places in Antoine’s heart. The beautiful homes, forest trails and farms soon turned the once Dream City into Scream City! As the evil grew,Antoine called forth a powerful brotherhood of werewolf and demon to “maintain order” by any means necessary in order to stay in control of his growing world of horror and death. 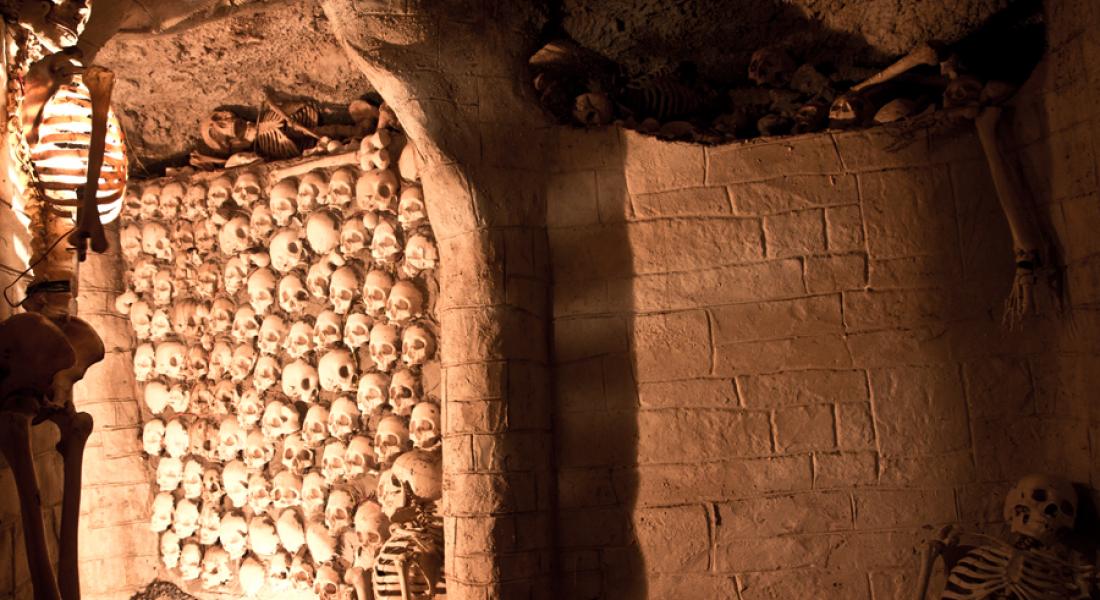 Markoffs is Maryland’s original Halloween event. There is so much going on that you’re sure to soil yourself! Choose from two terrifying trails, and while you wait, indulge in a dozen other spine tingling events from zip-lines to zombie hunts. The Markoffs have been freaking patrons out for over 20 years, and every year it gets a little crazier! While waiting for your turn to head into the forest, take advantage of the many events such as a maze, zip lines and a haunted hay ride for addition fees. Proceeds benefit Calleva, a year-round outdoor school committed to teaching and building strong leaders through positive outdoor experiences. A portion of the proceeds benefit Girls on the Run, Maryland Off-Road Enthusiasts, Poolesville Green, Rockville Football League, Stonghold at Sugarloaf Mountain, Team River runner and WUMCO Help.

Over 200 years ago, Nightmare Manor earned its historic name “Seth’s Folly” on one tragic night. The ghosts of the people who lost their lives that night haunt the manor to this day. Seth’s Folly was originally constructed by Brice Thomas Beale Worthington around 1789. It has one-foot thick stone walls that were originally built to protect against native indians. In 1824, a fire broke out in the middle of the night. The neighbors were alerted to the fire by an explosion, probably from gunpowder stored in the manor’s cellar. Upon arriving at the manor it was too late. The house was ablaze and the sounds of screams were fading. Writhing by a noose from the tree beside the house was Seth Legget. Seth had started the fire in a fit of rage, and then hung himself, or so they assumed. When the flames were put out, the neighbors managed to drag one charred and brittle body from below a second story window. No one else inside the house survived that long, but the manor’s thick stone walls withstood the inferno. The house was soon rebuilt with the original stone walls still intact. This time the roof was reconstructed using slate from the quarry to provide extra protection against fires. Seth’s Folly has passed through many hands over the past two centuries, for no one has managed to live there for very long. The sound of voices, the sudden draft of hot air on a cold night, and the occasional ghost sighting, has left Nightmare Manor condemned to vacancy.

Prince George’s Stadium, home of the Bowie Baysox, is transformed into a terrifying nightmare. Twenty-minute walking tours take visitors through various attractions made creepy by actors and realistic props. The event is run by Tulip Gulch Productions, which has been in the business of providing fright-filled entertainment for more than a quarter-century.

If you know of other area Halloween attractions, mail details to our editor at dcoheditor at gmail dot com.