Newton’s Noodles Delayed Due to Permits

Newton’s Noodles, a new fast-casual stir-fry restaurant at 1129 20th St. NW, is off to a rocky start. The Farragut North noodle shop from chef Dennis Friedman was supposed to open on Sept. 23, but was delayed because inspectors from the city’s Department of Consumer and Regulatory Affairs (DCRA) said the restaurant’s sprinklers had to be moved first. Finally, two weeks late, the restaurant opened last Thursday, Oct. 3. 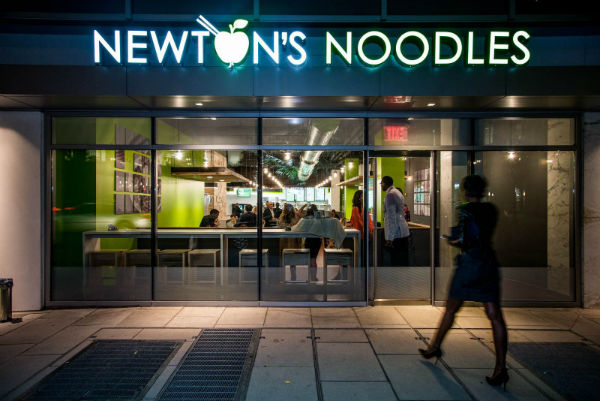 The restaurant’s interior is decorated in avocado green, white and wood. Diners eat with a chork, a chopstick-fork hybrid. It starts as a plastic fork, but those adept with chopsticks can break it down the middle and use the pointed handle as chopsticks. 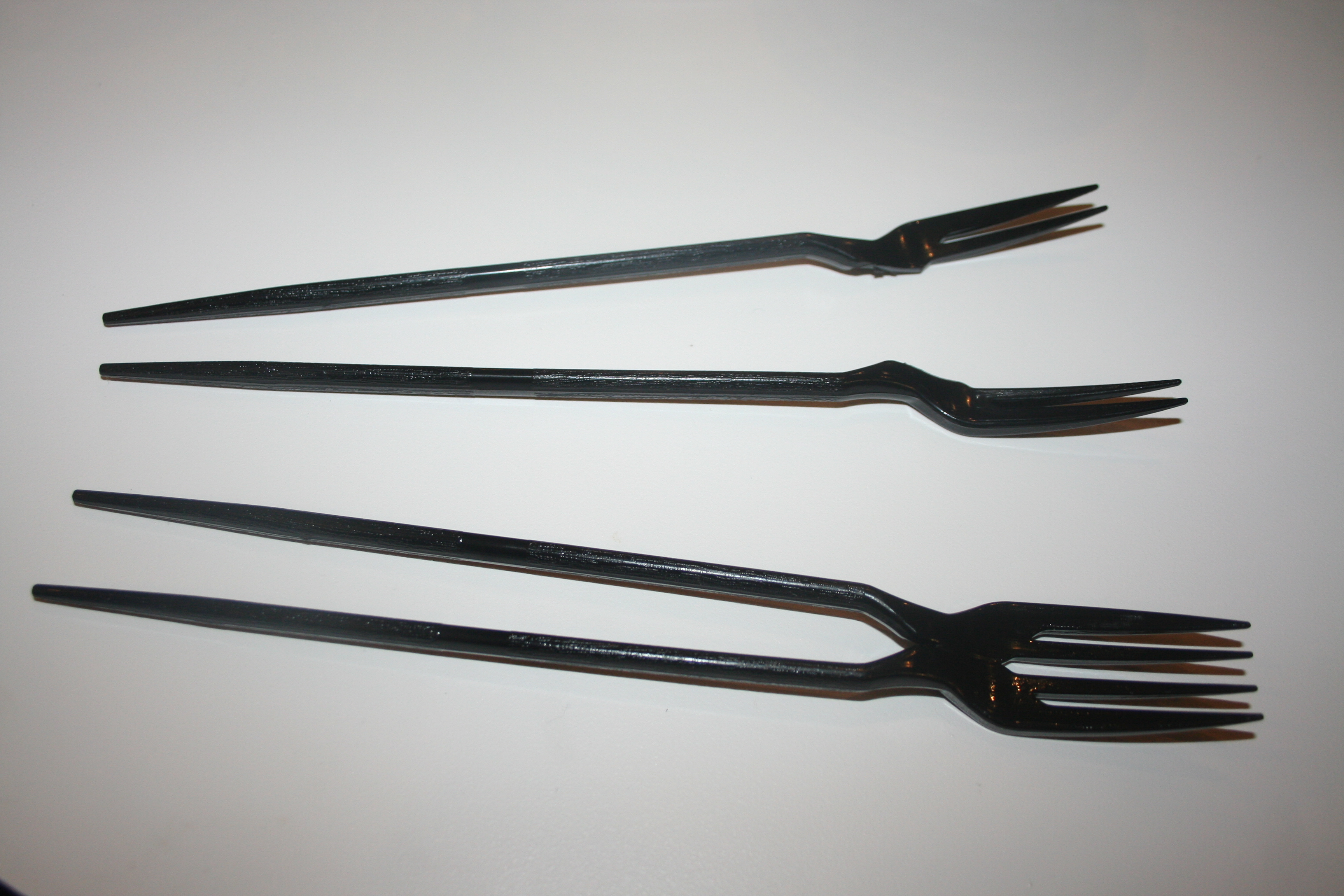 A chork — a cross between chopsticks and a fork. (Mark Heckathorn/DC on Heels)

The restaurant’s main dish is fuzu, a popular dish at Friedman’s Bethesda restaurant Newton’s Table. It is supposed to be a customizable dish made with soba or gluten-free rice noodles, proteins, vegetables, toppings, sauces and spice levels. DC on Heels was invited to a VIP preview on Sept. 18, but the Friedman ran out after only an hour, so we never got to try it.

According to the menu, the “signature” fuzu comes with shrimp, scallops, chicken, egg, carrots, snow peas, onions, bean sprouts, scallions, crispy shallots and black sesame. A “coco-curry” version is the same as the signature but with added peanuts, cilantro and a coconut curry sauce and without the seseme seeds. The noodle bowls and appetizers are available in three sizes and range from $4-$14. 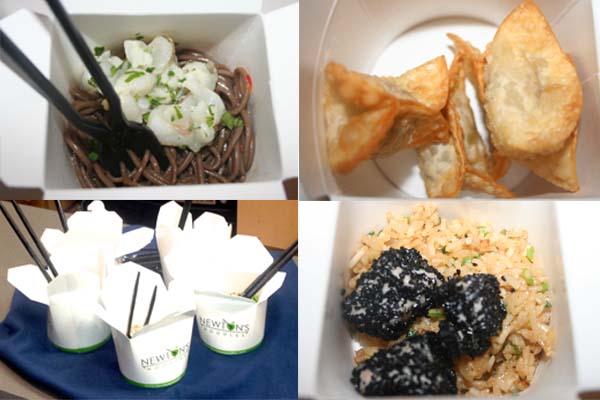 We did get to try some of the appetizers and desserts though including the Ahi tuna bites with black nigella seeds and a soy-mustard vinaigrette, beef filled wontons with garli aoli, chilled soba salad with ceviche and the sole dessert, the Pattycake, a rum cake created by Friedman’s wife, Patty. Other appetizers on the menu include kapow chicken in a zesty soy glaze with white or brown rice and duck confit spring rolls with a sweet Thai chili sauce. The wontons and rum cake were my favorites of what I got to sample.

Newton’s Noodles will be from 10 a.m.-9 p.m. Monday-Friday and 11 a.m.-4 p.m. on Saturday. It is closed Sunday. According to the web site, it will also eventually offer local delivery.