‘Battle of the Year’ Movie Review

Battle of the Year is an international break dance (or b-boy) crew tournament that attracts all the best teams from around the world, but the Americans haven’t won in 15 years. Los Angeles Hip Hop mogul Dante Graham (Laz Alonso) wants to put the country that started the sport back on top. He enlists his hard-luck friend Jason Blake (Josh Holloway), who was a championship basketball coach, to coach his team. Armed with the theory that the right coach can make any team champions, they assemble a dream team of all the best dancers across the country. With only three months until Battle of the Year, Blake has to use every tactic he knows to get 12 talented individuals to come together as a team if they’re going to bring the trophy back to America where it started. Inspired by the actual world championship held yearly in France. 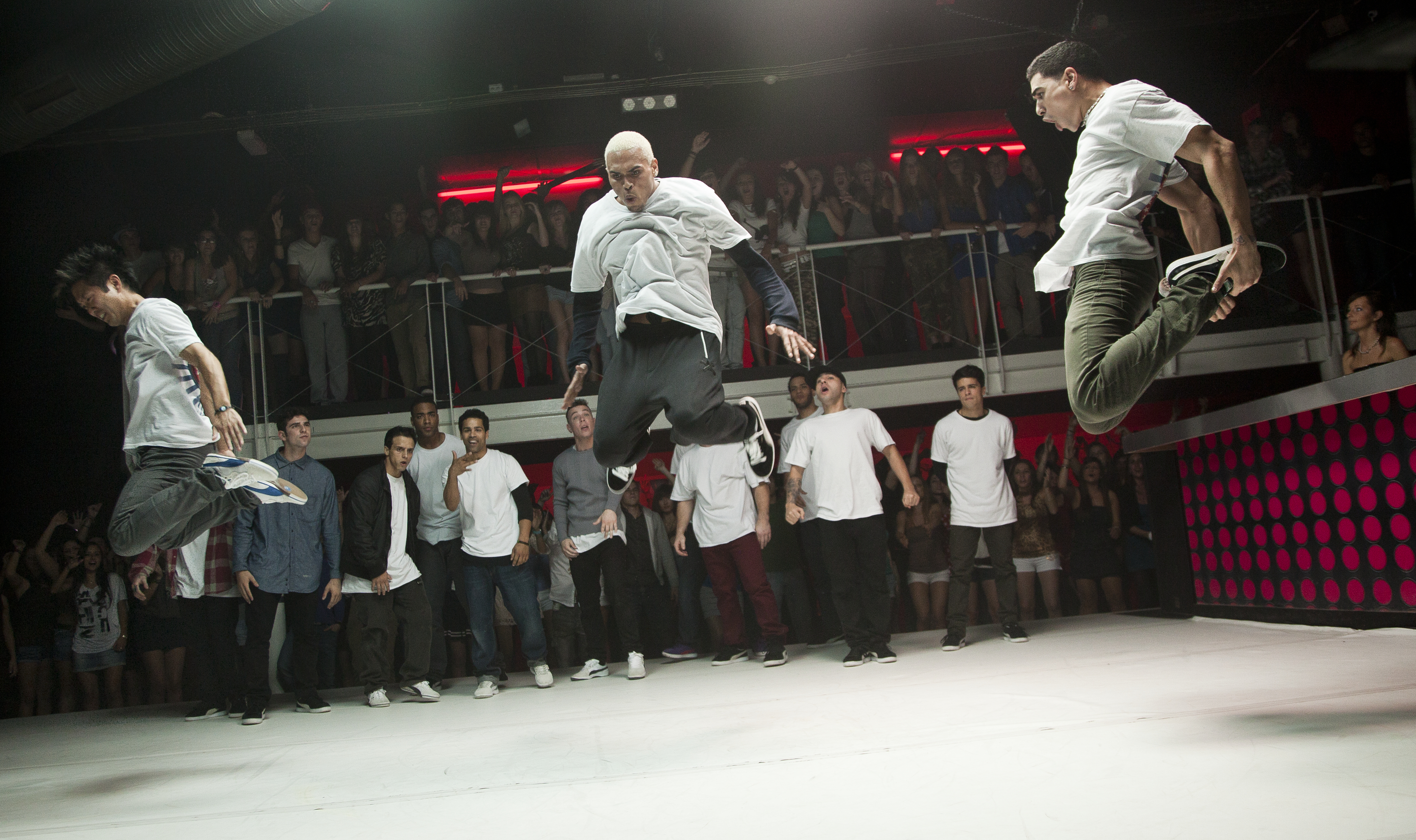 The thrust of the 3D Battle of the Year is how a group of extremely talented and cocky young b-boys from different backgrounds learn to work as a team and suppress their natural desire to showboat, in a dance form practically built on showboating.

Blake is a veteran dancer and onetime pioneer: The country boy who once showed the urban break dancers (b-boys) that even a hick could have moves. But now he is a broken alcoholic who lost his wife and son two years ago in an auto accident, and he has to get these guys to work together. To do so, he has help from assistant coach Franklyn (Josh Peck) and choreographer Stacy (Caity Lotz).

As for the dancers, they’re an appropriately diverse group, with their built-in rivalries. They aren’t good actors, but they make up for it in enthusiasm and energy. There’s the former soldier who picks on the gay kid, there are the two talented leaders — Rooster (rapper Chris Brown) and Do Knock (Jon “Do Knock” Cruz) who have an old, bitter rivalry over a girl. Just as they are about to cut the last dancer from the roster and go to France, Rooster is injured (maintaining the terms of Brown’s real-world probation, which he earned by brutally beating his girlfriend).

At various points throughout this breakdancing flick, director Benson Lee has Blake gather inspiration by watching Lee’s own 2007 documentary, Planet B-Boy, which looked at the global appeal of a uniquely American art form by showing the preparations and competitors for the Battle of the Year championship held annually in France. In Battle of the Year,

Battle of the Year features brilliant dancers who are enjoyable to watch move. But you wish there were more dancing here. Even though the film is supposedly headed towards a big climax, the best sequence is an early dance-off against the Russians while the American boys are still learning to work as a team. The Russians work in unison to form amazing body clusters, each of them a great big nose thumb to the selfish heroes. But the film’s finale never quite matches this scene.

From the moment the film’s dream team of B-boys begin preparing for the international dance competition, it’s all on cruise control: predictable scenes of in-fighting lead to predictable scenes of reconciliation, and Blake spends the entire movie either delivering locker-room speeches so sweet they would kill a diabetic or staring soulfully at the flask he carries with him at all times. . If you are actually interested in b-boying and want to see the skill, energy and athleticism of those who keep it alive, you could simply punch that phrase into your browser and find hours of footage of real dancers and real competitors. Unless you are a b-boy fanatic, that would be a better investment of your time. Rated PG-13. Opens Sept. 20, 2013.