B. Smith’s Closing in Union Station

After almost 20 years in Union Station, B. Smith’s restaurant announced Friday it will close. Located in ornate East Hall, the restaurant was originally the presidential suite and hosted the king and queen of England in 1939. No reason was given for the closing and no closing date was announced, although phone calls were unanswered Friday night. 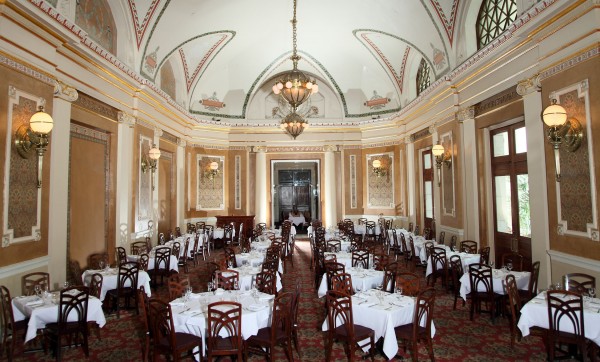 The restaurant’s founder, Barbara “B.” Smith, plans to open more casual bistros in D.C. and other cities that will still serve Smith’s signature Southern fare along with more healthy options. “We are looking forward to new and exciting things that we can’t wait to announce!” said Smith in a press release. The restaurant was once a place to see and be seen. But the company acknowledged that the D.C. location had not kept up with the District’s rapidly evolving restaurant scene.

“These new locations will feature the same delicious southern cuisine that the restaurants have served for over 25 years in a more contemporary, high energy ‘bistro’ setting,” the company said. “The restaurants will also feature more options for the health conscious consumer.”

Smith built her empire on her Southern-themed cuisine and is also a former model, author, actress and host of radio and TV shows. B. Smith’s will keep its restaurants on West 46th Street in New York and a summer restaurant in Sag Harbor, Long Island.

Top Chef All-Stars runner-up Mike Isabella will open a new Greek restaurant in the 4,700-square foot space at 4000 Wilson Blvd. in Ballston. Kapnos Taverna will open in summer 2014 as a sister restaurant to Kapnos, Isabella’s Northern Greek-inspired restaurant, which opened on the 14th Street Corridor in early July. 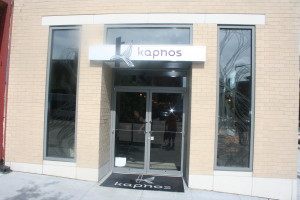 “Guests have been asking me to build a restaurant in Virginia or Maryland since we opened Graffiato in 2011. Kapnos has been wildly popular in its first few months, and we think this sister concept will be a great addition to the booming neighborhoods in Arlington,” Isabella said. “Next spring, our team will travel to Greece, and we plan to build the menu around reinterpretations of regional cuisine.”

The new restaurant will showcase dishes from the Cyclades, Peloponnese, Thessaloniki, Ionian Islands and Crete. While the Kapnos Taverna menu will include some dishes from Kapnos, there will be some noticeable differences including a weekday lunch, weekend brunch and a happy hour menu. Kapnos Taverna will have one rotating spit instead of two to roast whole chickens, lamb and pork shoulders.

The bar will include up to 10 cocktails on tap and the largest wine selection at any of Isabella’s restaurants. More than 200 bottles will be displayed in a two-story glass enclosed case built to stretch from the first floor to the mezzanine. The 185-seat restaurant will also feature a 40-seat seasonal outdoor patio.

Ben’s Chili Bowl, which recently celebrated its 55th anniversary, has signed a lease to take over the original Ray’s Hell Burger location at 1725 Wilson Blvd. in Rosslyn. 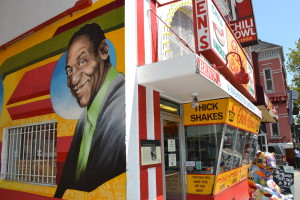 According to a post on the restaurant’s blog, the new location will open in early 2014. It will open before another planned location at 1001 H St. NE because the H Street building did not previously house a restaurant and will take more work to open late spring or early summer. The H Street location was previously George’s Place Men’s Wear.

“With all of the love and support that D.C. residents have shown us spanning the decades, we are very conscious and thankful for those customers that drive in from Maryland and those that cross the bridges from Virginia to come to Ben’s,” the post said. “In our efforts to bring the food and experience that you come to U St for closer to you, we have decided to cross the bridge ourselves and bring a Ben’s Chili Bowl to you in Rosslyn.”

Co-owner Nizam Ali told the Washington Business Journal that Ben’s was looking for a location in Clarendon, but it wasn’t panning out.

It’s good news for those in Rosslyn who are looking for some late-night food from the iconic eatery that has served President Obama and Bill Cosby. (Obama ate at Ray’s, too.) The Rosslyn location is in a plaza with Pho 75 and others, and has parking. Like the other Ben’s locations at FedEx Field and Nationals Park, it may not have the history of the U Street original, but it will definitely have the chili fries. But will people be willing to pay $5.50 for a half smoke without the ambience?

Sona Creamery and Wine Bar to open in Eastern Market

Conan and Genevieve O’Sullivan will open Sona Creamery and Wine Bar, the District’s only onsite creamery, at 660 Pennsylvania Ave. SE, in the former MotoFoto and Sprint storefronts this fall. 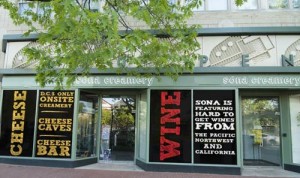 Sona Creamery and Wine Bar will open in Eastern Market where Sprint and MotoFoto stores were. (Photo: The Georgetowner)

The new cheese and wine shop will offer customers the opportunities to taste and learn about cheese and wine in a cafe and through classes. It will also ship cheese nationwide. The pair have been working five years to open a shop. They have been making cheese for seven years. Conan completed the dairy program at Cal Poly University in San Luis Obispo, Calif. His wife has been a “master” baker and cook since age 11.

When it opens, passersby will be able to peer into the front windows and see cheeses being made, while other cheeses age in the creamery’s two aging caves. On the other side of the space will be the wine bar, which will offer cheese and wine flights and specialty grilled cheeses, along with mac-and-cheese dishes.

Tony Lucca and Phil Rodriguez, who own Sticky Rice and 1905, plan to open an unnamed Mexican restaurant at 108 Rhode Island Ave. NW in the Bloomingdale neighborhood. The sit-down restaurant will serve Mexican food and Latin cocktails.

Rodriguez reportedly lives a block from the new location. There aren’t many details yet, but the goal is to open by next summer.

The troubled TruOrleans restaurant at 400 H St. NE was closed down by the D.C. Office of Tax and Revenue last Tuesday because it owes more than $101,000 in sales and use taxes, penalties and interest since it opened in July 2011, according to a tax lien field with the city’s Recorder of Deeds office on July 12.

The cajun restaurant’s website says: “Attention: TruOrleans is no longer open. The building will go under construction and open as a new restaurant.” However, it isn’t clear if the message is from the restaurant or building owner.

But the restaurant’s tax problems are just one of its many troubles. In mid-July, a brawl erupted between employees and patrons over whether a party was overcharged on a nearly $1,000 tab. After the guests refused to pay and tried to leave without paying, a fight began then spilled out onto 4th Street NE and into the alleyway. Kitchen employees attacked a man, allegedly beat him with a broom and punched him. At least five police cars responded, and three restaurant employees were arrested — two were charged with simple assault and one with assault with a dangerous weapon.

Earlier this year, TruOrleans faced eviction and a liquor license protest. Landlord Darryl Pounds filed a lawsuit seeking to evict the restaurant last spring because it owned $40,773 in rent, taxes, late fees and more from September 2011 to March 2013. A hearing is scheduled for Sept. 18, according to court records. When TruOrleans’ liquor license came up for renewal in the spring, the Advisory Neighborhood Commission voted unanimously to protest it based on resident’s complaints and hired a lawyer to represent it at a Sept. 18 hearing.

The Alcoholic Beverage Regulation Administration cited TruOrleans for 18 violations over the last two years, including 10 this year. The violations include multiple noise complaints, operating beyond approved hours and not having an Alcoholic Beverage Control manager on duty. A March ABRA hearing focused on the restaurant’s failure to provide parking services (a violation of its agreement with neighbors).

Owner James “Tru” Redding has his own problems. The local developer, who also owns the Langdon strip joint/steakhouse Stadium Club, filed for Chapter 7 bankruptcy on July 18. His company has been sued more than 20 times in the past year for breaches of contract. And he faces extradition to Nevada on charges of fraud — a felony. A warrant was issued in Clark County Courts for Redding’s arrest in May 2011 after he allegedly wrote three bad checks at Hard Rock Hotel & Casino totaling more than $75,000. D.C. police arrested Redding in March and a preliminary hearing is scheduled in Las Vegas for Nov. 20.