Could Couric Replace Walters on ‘The View’?

With the Katie show likely to be canceled by ABC this winter, the New York Daily News is reporting that host Katie Couric could replace retiring Barbara Walter on The View. Katie, which just started its second season, isn’t attracting big numbers of viewers despite ABC’s efforts to make it more gossipy. 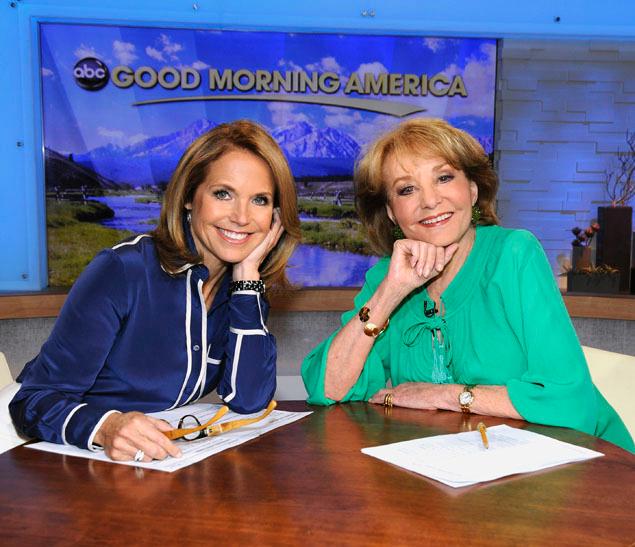 “They realize it will never be a success and ratings are down drastically from last season,” the source told the newspaper. “The ABC development team has been working nonstop on new talk show pilots and are looking at high-profile names to replace her, hopefully by January.”

Couric isn’t fond of her show taking on a gossip format, which was spearheaded by new executive producer Rachel Miskowiec, previously of The Tyra Banks Show. Insiders say Couric is looking for a way out. And ABC execs are looking for a replacement on The View for Walters, who announced her retirement in May but will remain an executive producer.

“Katie may ultimately replace Barbara when she retires,” the source said.

The timing is perfect for the switch said a source. As soon as Walters decides to go, Couric could seamlessly step in, with the network making it look like Walters had appointed her successor. “Execs are so concerned about publicly humiliating Katie by canceling her show in the middle of her second season that they want to put her on The View this year to slide into Barbara’s chair,” the source said. “The feeling across the board is that Katie is rejected by audiences when she is alone, but on a panel show she’s incredible, and even not liking her can work in the show’s favor and her favor.”

After signing Jenny McCarthy to replace Elisabeth Hasselbeck, who left this season for Fox News’ Fox and Friends show, The View producers have reportedly been searching for a Latina woman to join the show, but that search has yet to produce a viable candidate.

Walters says she’s a big Couric fan, but won’t hand her the seat. “I love Katie and we are good friends,” she told the newspaper. “She is always welcome as a guest on The View and I was recently a guest on her show, but there is no truth to the rumor that she will be taking my place on The View.”

In the past, Walters has also denied she was retiring and Hasselbeck was quitting.