‘Riddick’ Knocks ‘The Butler’ Out of First

Universal Picture’s Riddick starring Vin Diesel opened in first place last weekend with $19.03 million. However, the third installment of the sci-fi franchise opened a bit below expectations of between $20-25 million. Riddick opened 22 percent below the $24.29 million start of 2004’s The Chronicles of Riddick (the second in the series). However with a production budget of $38 million, Riddick was far less expensive than The Chronicles of Riddick. Riddick did open 64 percent stronger than the $11.58 million three-day start of 2000’s Pitch Black (the original). 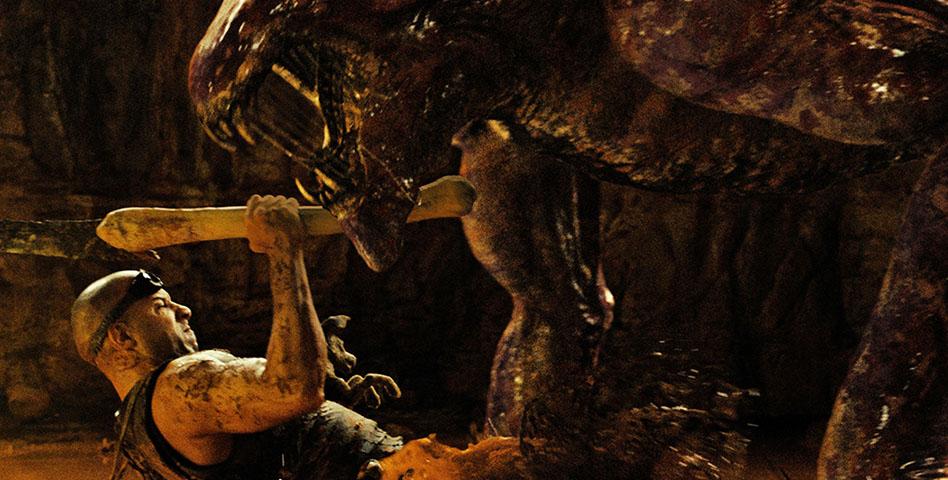 After leading the box office the previous three weekends, Lee Daniels’ The Butler fell to second place last weekend with $8.40 million. The early awards season hopeful from The Weinstein Co. starring Forest Whitaker and Oprah Winfrey was down 44 percent from the previous weekend. The Butler has grossed an impressive $91.40 million through 24 days of release; leaving the film just $8.60 million away from reaching the $100 million domestic milestone.

We’re the Millers took in $7.69 million to place third. Warner Bros.’ break-out comedy starring Jennifer Aniston and Jason Sudeikis was down 39 percent from the previous weekend bringing its 33-day take to $123.61 million. Disney’s Planes claimed fourth place with $4.12 million. The computer animated film was down 47 percent and has now grossed $79.12 million in 31 days. Planes continues to benefit from the lack of new competition for family audiences and will continue to do so until Sony’s Cloudy with a Chance of Meatballs 2 is released on Sept. 27.

Meanwhile, Sony’s One Direction: This Is Us was down a whopping 74 percent to land in fifth with $4.05 million. After a strong opening day performance the previous weekend, the 3D concert documentary has remained largely in free fall since then. With that said, One Direction: This Is Us has still grossed a solid $23.94 million in 10 days. That places the film 42 percent ahead of the $16.84 million 10-day start of 2009’s Jonas Brothers: The 3D Concert Experience, but 50 percent behind the $48.18 million 10-day take of 2011’s Justin Bieber: Never Say Never.