Getaway is the action thriller from Warner Bros. in which former racecar driver Brent Magna is pitted against the clock as he commandeers a custom Ford Shelby GT500 Super Snake Mustang, taking it and its unwitting owner on a high-speed adventure at the command of a mysterious villain on a race against time to save the life of his kidnapped wife. 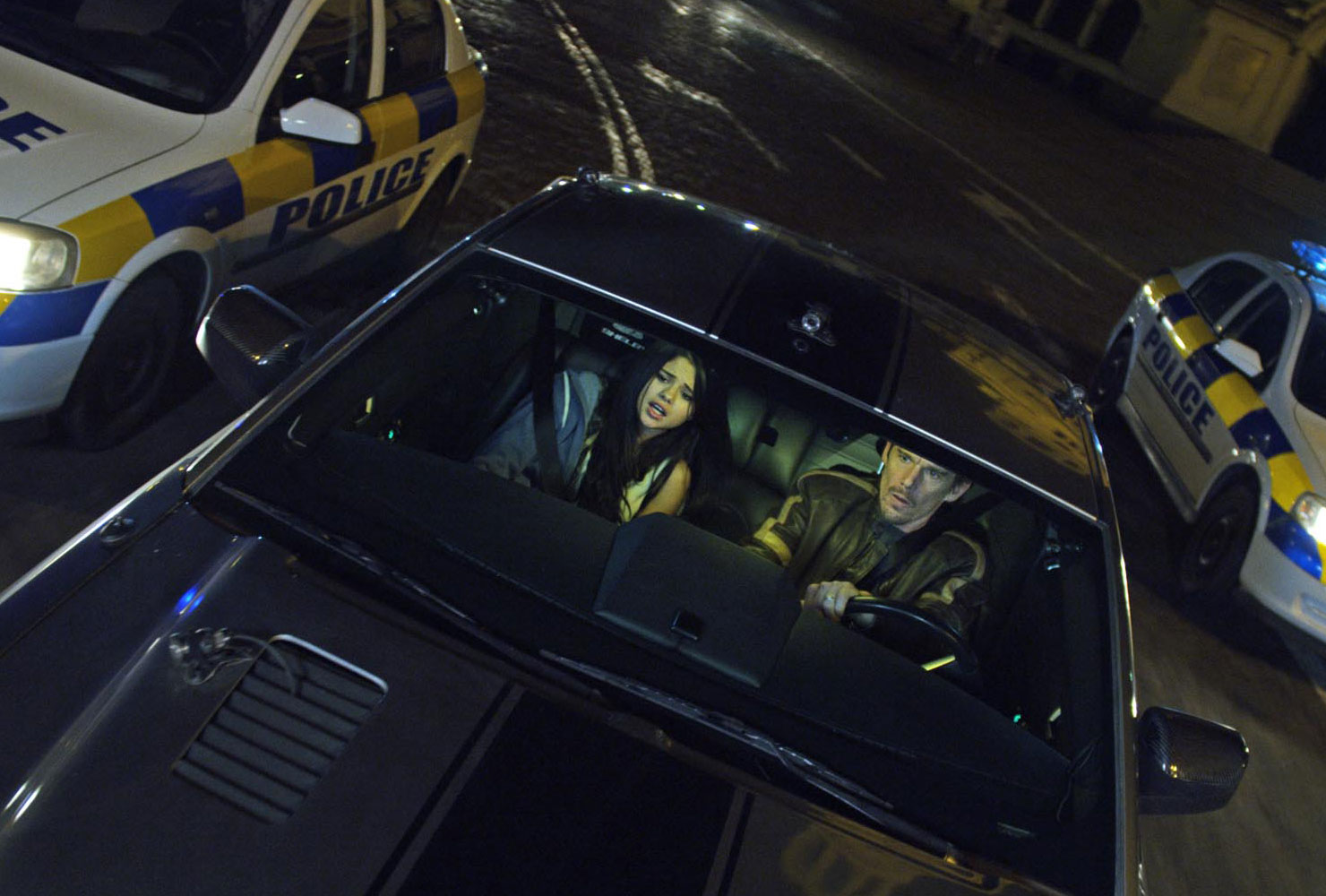 Soon Magma is being made to race through traffic, deliberately causing wrecks in his wake. Then he’s forced to speed through parks full of pedestrians, down steep stairways and into power plants that erupt into flame. Little cameras mounted in and all over the car document his compliance, recording every police cruiser that corkscrews through the air in his wake. “Smash into everything you can,” he’s told at one point. We never learn the kidnapper’s name.

Early on, Magna is carjacked by an unnamed gun-toting teen (Selena Gomez); it turns she owns the car, which was stolen and retrofitted with armor plating and those cameras. The kidnapper tells Magna to kill the girl. He refuses, which is good because even though she’s a pain, she’s also a tech nerd who uses her iPad to control the kidnappers camera system. She also uses her iPad to easily access a high-security communications network.

She also easily figures out the motivation for the string of random high-speed chase missions Magna is put through. Baby-faced Gomez is out of place as the tough-little-rich-kid, though she does earn the film’s biggest laugh, scornfully telling Magna “you clearly haven’t thought this through” at one of the many moments where viewers are thinking the same thing about screenwriters Sean Finegan and Gregg Maxwell Parker. She and Hawke have no chemistry, which you’d think might cripple a film in which they’re locked in a car together for around 70 minutes.

Getaway doesn’t have a plot really. It is a poor mix of Fast & Furious meets Speed and Taken. There ares a lot of car chases and crashes, and the action is not stop. But there’s little acting and more delivering lines as most of the movie takes place mostly inside a speeding car racing around the city at night. The stuntmen play a bigger role in any success this movie has than the stars. But with little new competition this long holiday weekend, it will probably end up second or third behind The Butler and We’re the Millers depending on how much the latter falls. With a budget of just $18 million, it won’t take much to attract enough viewers to put Getaway in the black. Rated PG-13. Opens Aug. 30, 2013.