Mark Heckathorn
1
chinatown, Free For All, Much Ado About Nothing, Shakespeare in the Park, Shakespeare Theatre Co., Sidney Harmon Hall

The Shakespeare Theatre Co.’s Free For All offers free performances of a Shakespearean classic to the general public each year since 1991. This year, the theater company is presenting Much Ado About Nothing from Tuesday through Sept. 1, except on Aug. 26.

Each summer, with the help of community sponsors, the Shakespeare Theatre Co. presents a series of free Shakespeare performances. Started originally as Shakespeare in the Park, the plays were performed at the Carter Barron Amphitheater until 2009 when they moved to the theater company’s new Sidney Harman Hall in Chinatown. So far, more than 560,000 area residents have seen the free plays. 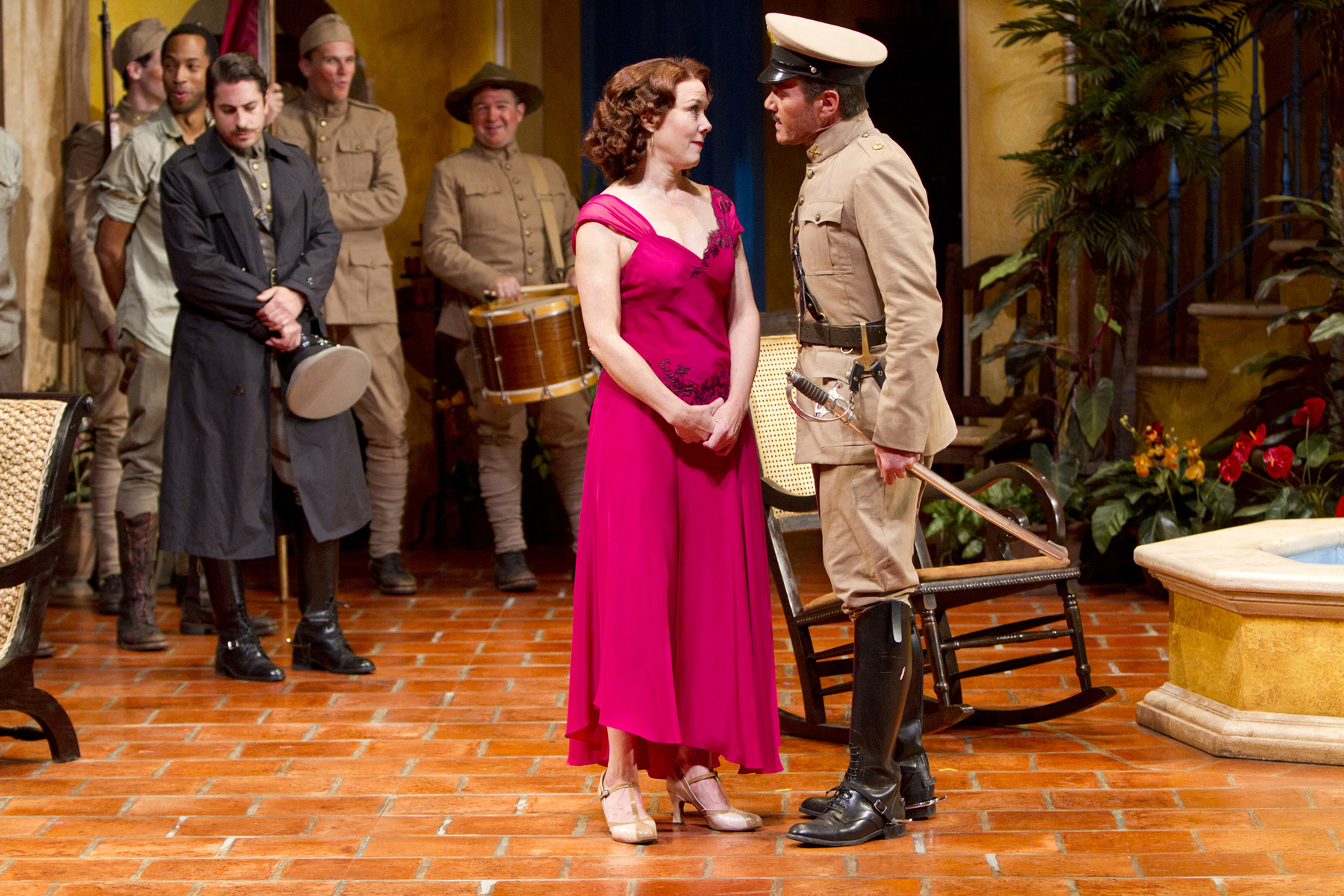 In the play, Leonato, governor of Messina and a powerful landowner, hosts Don Pedro at his lavish estate, which he shares with his lovely daughter Hero, his witty niece Beatrice and his elderly brother Antonio. Don Pedro has just returned from a victorious military campaign with his rebellious brother, Don John, in tow. Returning with Pedro are his soldiers and good friends Claudio, a well-respected young nobleman of whom Don John is bitterly resentful and Benedick, a confirmed bachelor engaged in an ongoing feud with Beatrice, also resolutely single.

The next day, Don Pedro, Claudio and Leonato ensure that Benedick (hidden in a garden arbor) overhears them discussing Beatrice’s presumably passionate love for him. Hero and Ursula, her gentlewoman, play a similar trick on the eavesdropping Beatrice. Meanwhile, Don John plots against Hero and Claudio. He arranges for his companion, Borachio, to make love to Margaret, Hero’s attendant, at Hero’s window on the eve of the wedding and brings Don Pedro and Claudio to watch. The plot works, but Constable Dogberry’s men hear a drunken Borachio boasting of his role in the plot and arrest him.

Believing he has seen her being unfaithful to him, the enraged Claudio humiliates Hero and denounces her at the altar. Hero faints and is left for dead. Friar Francis, skeptical of Claudio’s accusation, proposes that Hero lie low until the truth is revealed and enlists the aid of Leonato, who tells the soldiers that his daughter has died from grief. In the aftermath of the abandoned ceremony, Beatrice and Benedick finally confess their love to one another. Beatrice demands that Benedick prove his love by killing Claudio.

Benedick challenges Claudio to a duel, but Dogberry brings in Borachio, who reveals Don John’s plot. With Borachio’s confession, Hero is exonerated and Leonato demands a public apology from Claudio. In penance for causing Hero’s alleged death, Claudio agrees to marry Leonato’s hitherto unseen niece—only to discover, when he unveils his bride, that she is Hero. Beatrice and Benedick agree to wed alongside them as news comes that Don John has been taken prisoner. 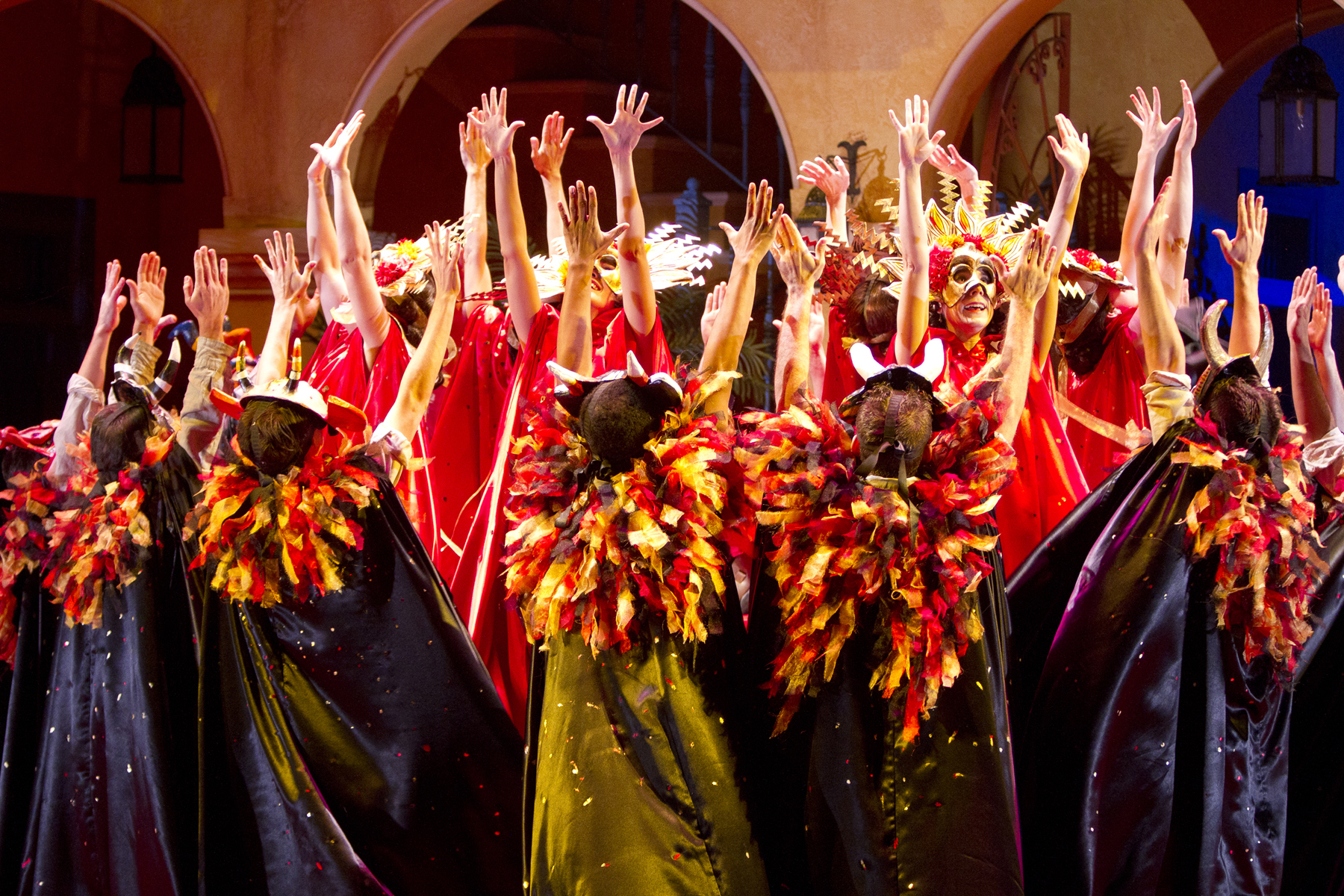 How to get tickets

Tickets for each performance of Much Ado About Nothing will be made available to the public from on the day of the show by visiting Sidney Harman Hall as well as through an online lottery system. To receive more information about the lottery, sign up to receive email notifications. Seating is general admission. If you would like specific seats please arrive early. Doors to the theater open a half an hour before the start of the show.

Every day, up to 200 tickets will be made available to the public at Sidney Harman Hall beginning about two hours prior to curtain. Limit two tickets per person. The line usually starts forming about 4 p.m. for evening shows and about 10 a.m. for matinee performances.

Also, seats will be given through an online lottery. The lottery for each performance will be open from 12:01 a.m. to 8 p.m. on the day before a performance and two days prior to a matinee performance. Winners will be chosen at random. The time you enter the lottery has no bearing on your chances of winning. Only one entry per account will be considered for the drawing. All entrants will receive an email after 8 p.m. the night before the performance.

All 2013-2014 season ticket holders can reserve seats in advance. Each subscriber can reserve two tickets for each seat they hold and have the ability to exchange their tickets.

Also, donations of $200 or more allow Friends of Free for All to secure reserved seating in advance, receive program recognition and access a patrons lounge with includes complimentary beverages and snacks.