Price vs. Brook: The Conflict Rumbles On

The tabloids love a good celebrity feud, whether it’s the spat between Kelly Osbourne and Christina Aguilera, the snippy Twitter exchanges between Lily Allen and Cheryl Cole, or Rita Ora’s jibes at ex Rob Kardashian. The latest rift making headlines is between Kelly Brook and Katie “Jordan” Price, both former glamour models and exes of rugby player Danny Cipriani. 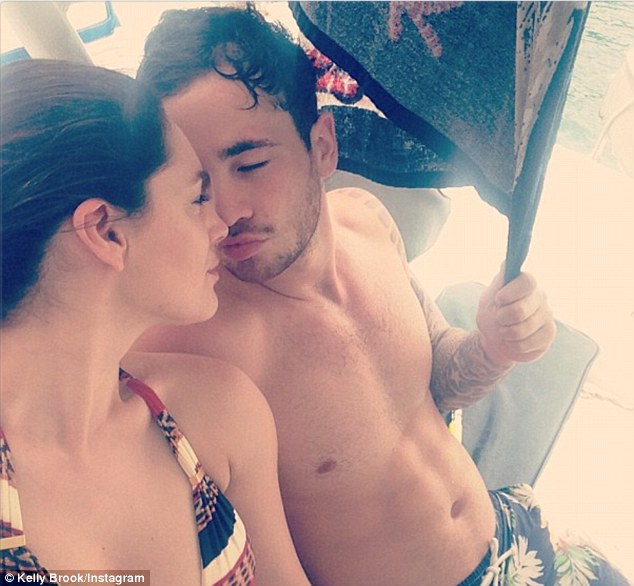 No trouble in paradise here: Kelly Brook and boyfriend Danny Cipriani on vacation in May. (Photo courtesy Kelly Brook via Instagram)

It was after a rumored reunion between Brook and Cipriani that the tension between the women became public. Price criticized a photo of Brook in a bikini, prompting an eruption of opinions on both sides, with Celebrity Juice host Keith Lemon banning Price from his show. More recently, one of Price’s ex-boyfriends has alleged that the argument actually stems from an incident 14 years ago, when Brook beat Price to a presenting job. All that can be said for sure is that it’s time to end this futile fight.

Despite their differences, Price and Brook have more in common than just their taste in men. Both started their careers as topless models before moving into other roles, eventually becoming brands in their own right and securing more personal power. While Price is often criticized for her over-the-top behavior, she has a steely eye for business, with her own perfume, lingerie and equestrian fashion lines, and a number of popular books, including autobiographies and novels.

Brook, too, has branched out into other areas, designing swimwear along with presenting and acting, not to mention taking an impressive turn as a contestant on Strictly Come Dancing. Both women also support charities, with Price’s contribution cited as providing “a real boost” for Vision, which raises funds for children with visual problems. Brook, meanwhile, took a different approach, posing nude to promote PETA.

While these similarities have provoked a rivalry, it would be better for everyone if these two role models for curvy women stopped insulting each other and worked together to apply their tenacity and self-confidence to promoting positive images of women. Ladies, rather than criticizing yourselves and others, embrace your curves, stop hiding away in baggy clothes and shop for shapewear that flatters a feminine figure. Katie, Kelly; it’s time to fight the critics, not each other, for a more beautiful and body confident world.